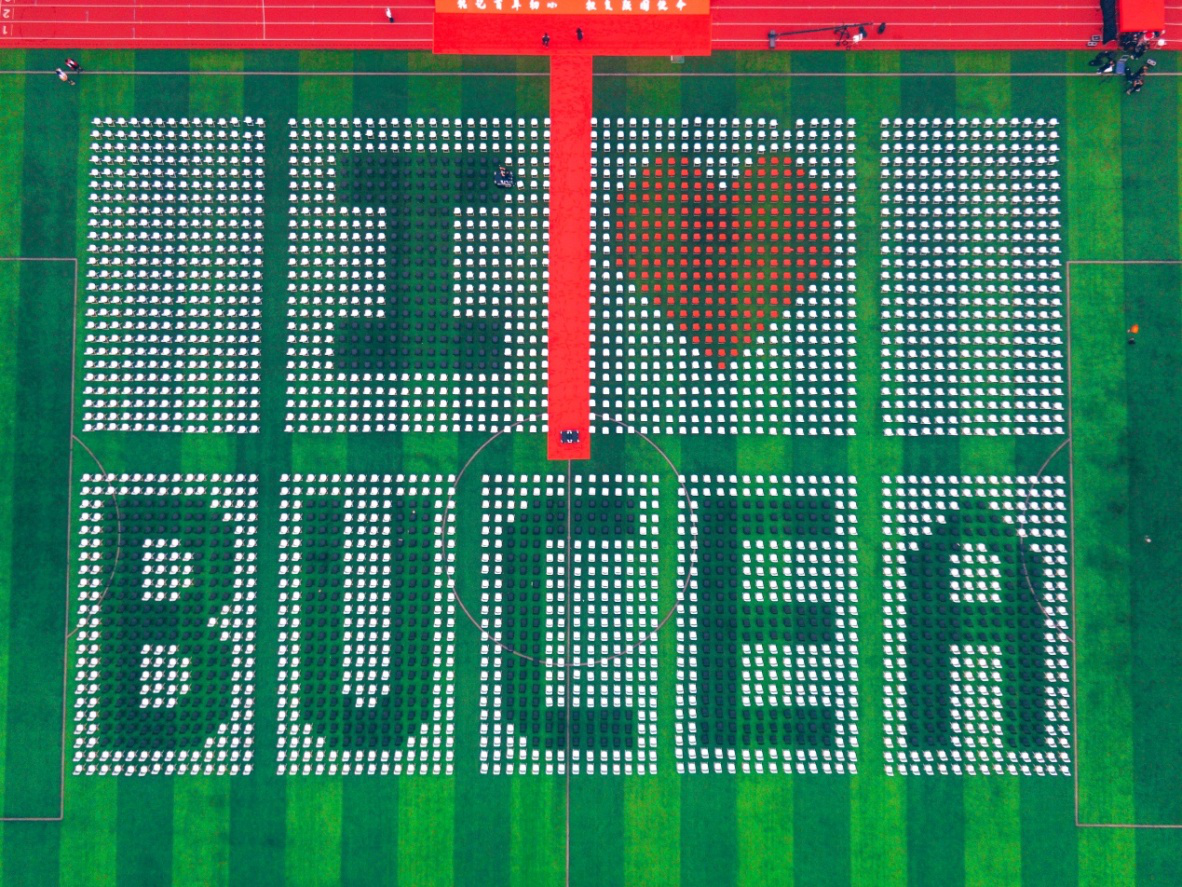 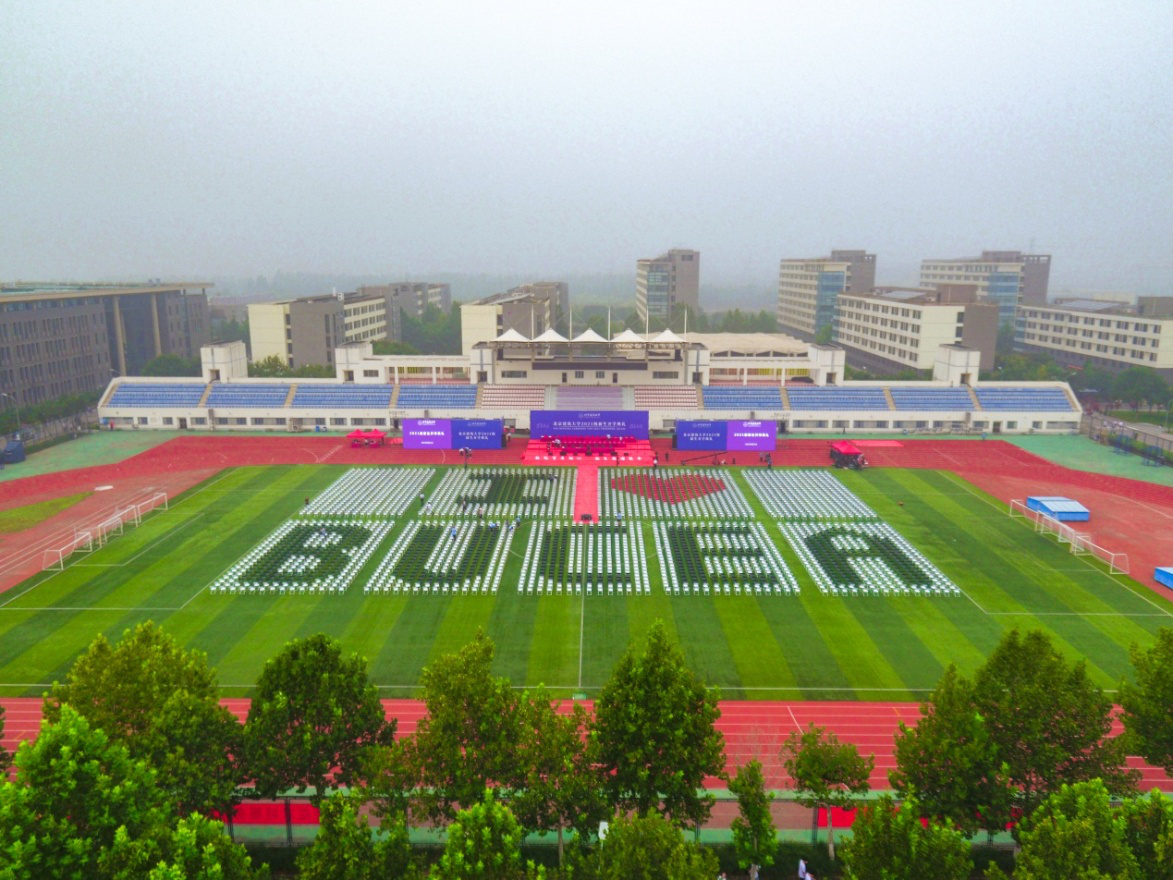 Under a clear sky,

And on the green lawn,

With colorful seats arranged to present an I ♥ BUCEA pattern,

Vigor of BUCEA was manifested to the fullest amid the waving flags.

To attend the opening ceremony for 2021 freshmen

To embark on a truth-seeking journey at BUCEA as explorers and strivers,

To strive for excellence in the new era as top-notch planners, designers, and architects

The bright and eye-catching red slogans

Are the constant reminders for all BUCEA members

To keep striving forward in this exceptional era. 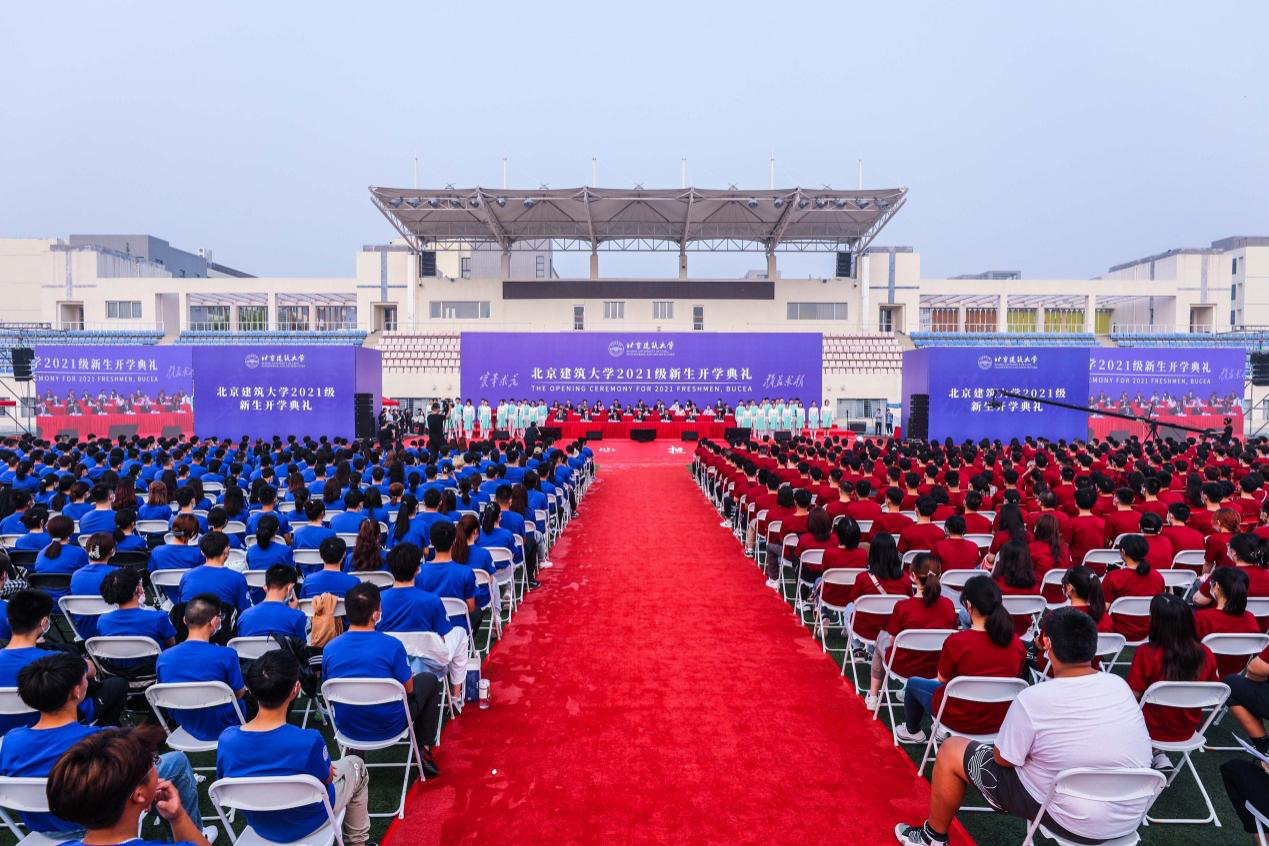 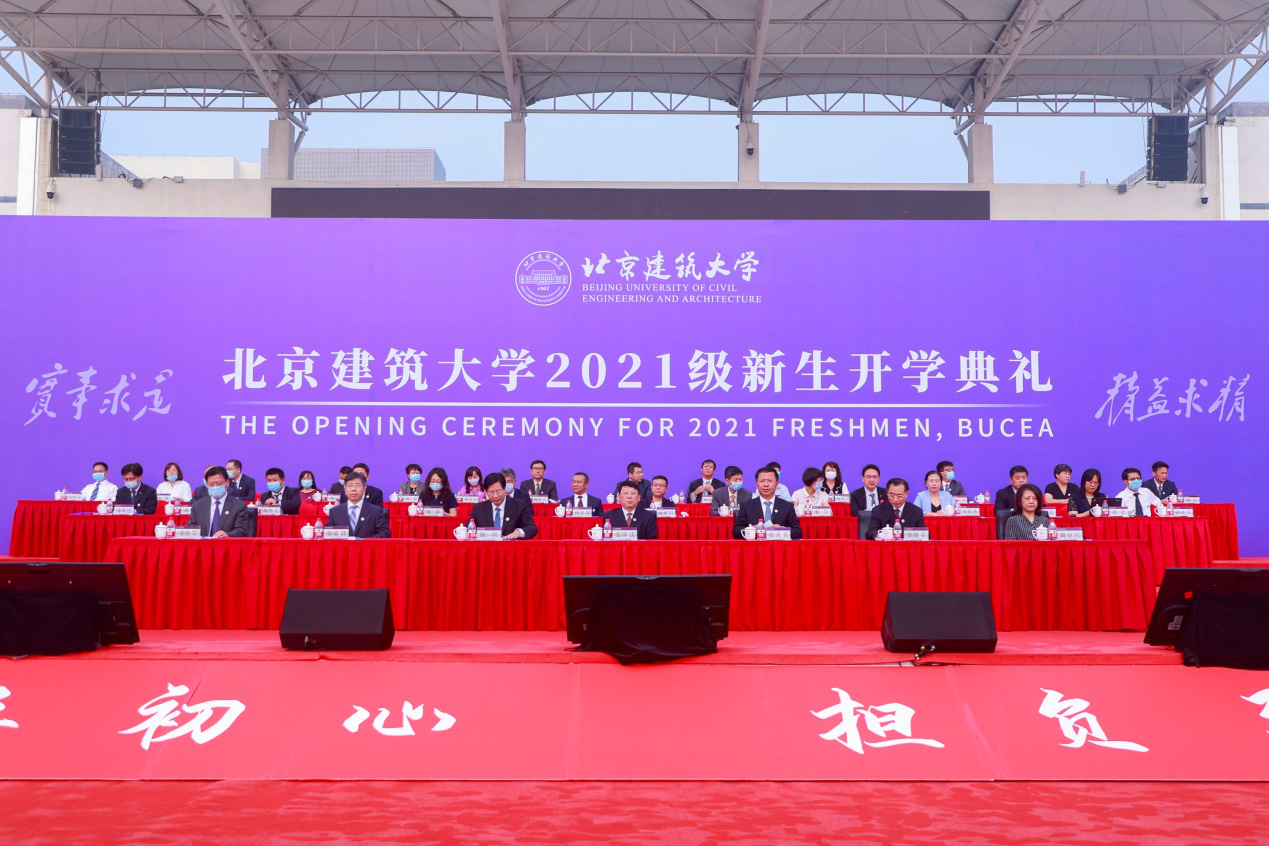 At 8:00 a.m., September 11, the BUCEA Opening Ceremony for 2021 Freshmen was held on Daxing Campus. The ceremony was attended by university leadership, including JIANG Zeting, ZHANG Dayu, CHEN Gang, LI Weiping, LI Aiqun, HUANG Jinghong, and LI Junqi; heads of relevant departments and schools; teacher representatives and all 2021 freshmen. The ceremony was presided over by CHEN Gang, Deputy Secretary of the CPC Committee of the University. 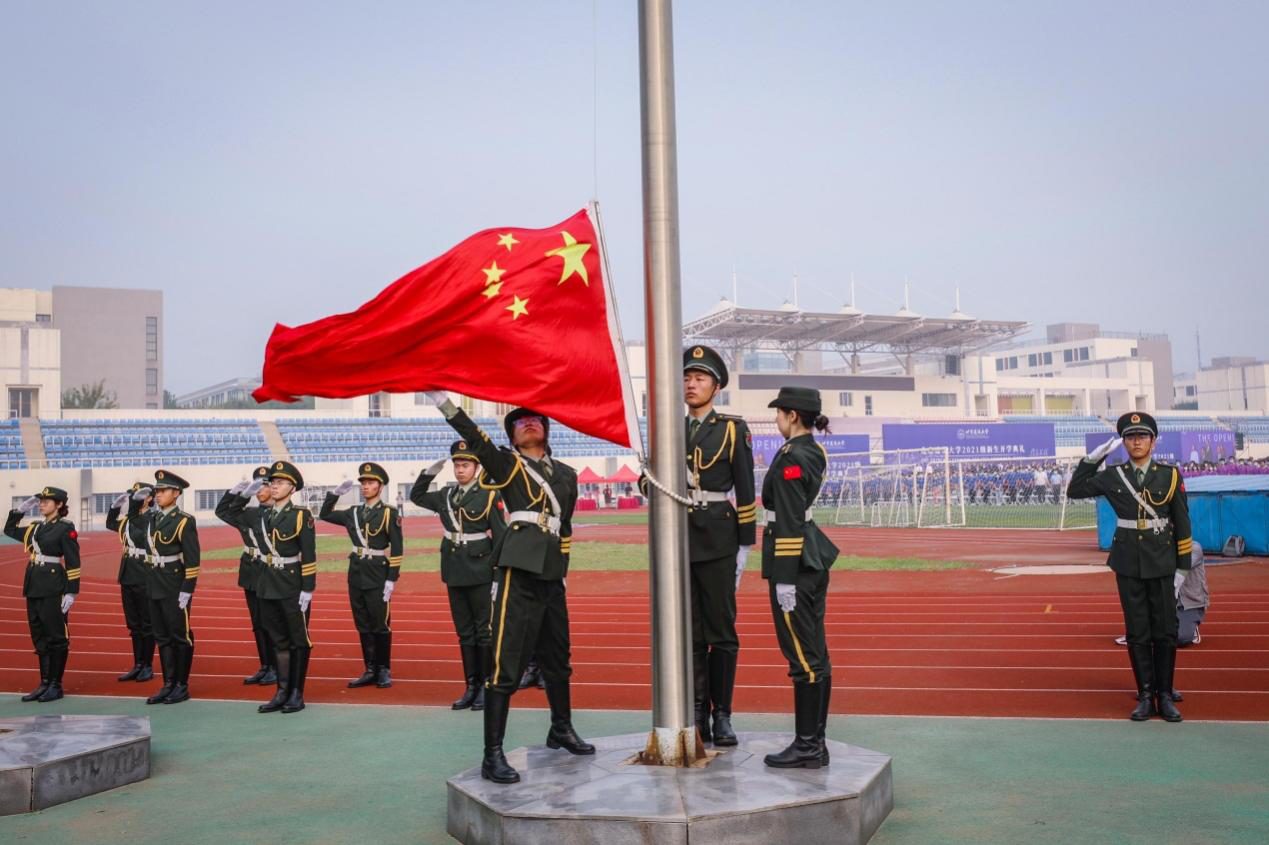 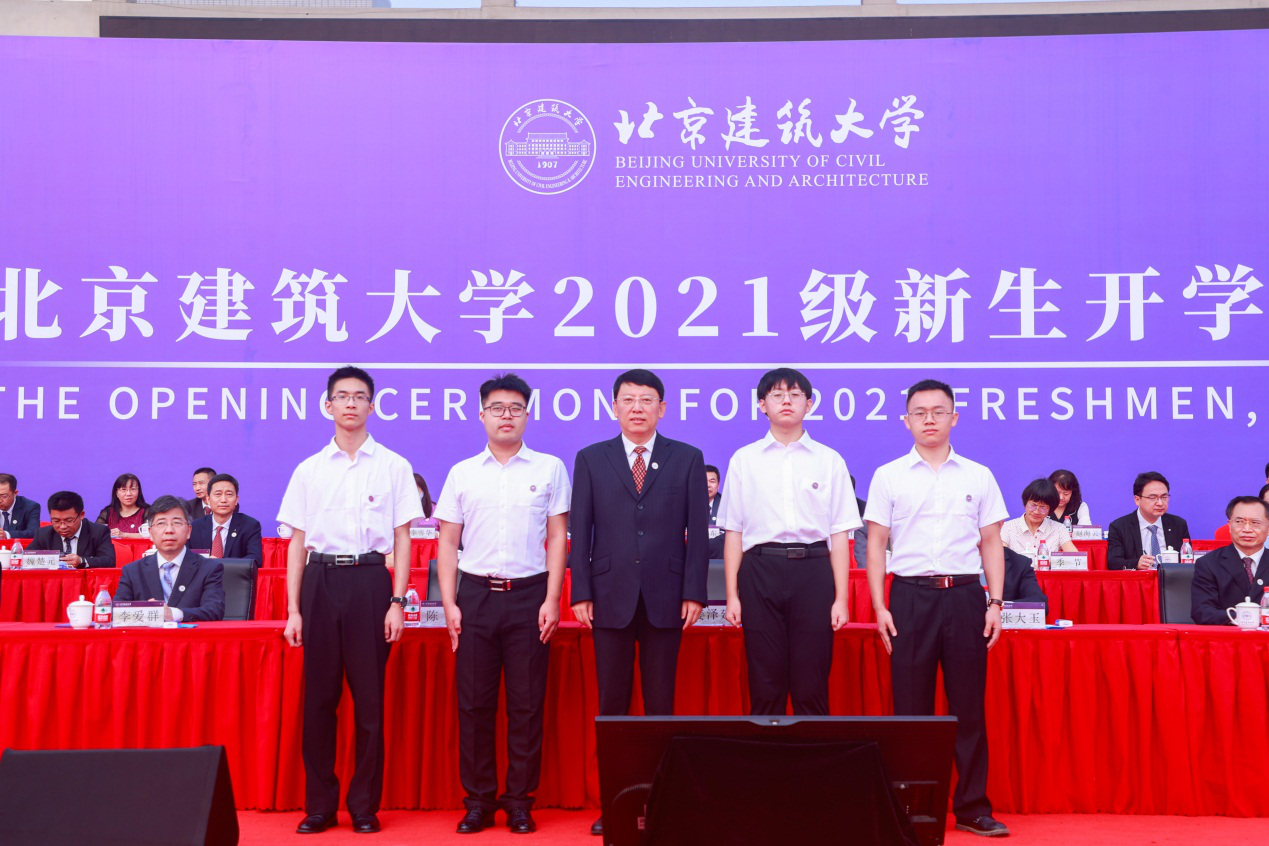 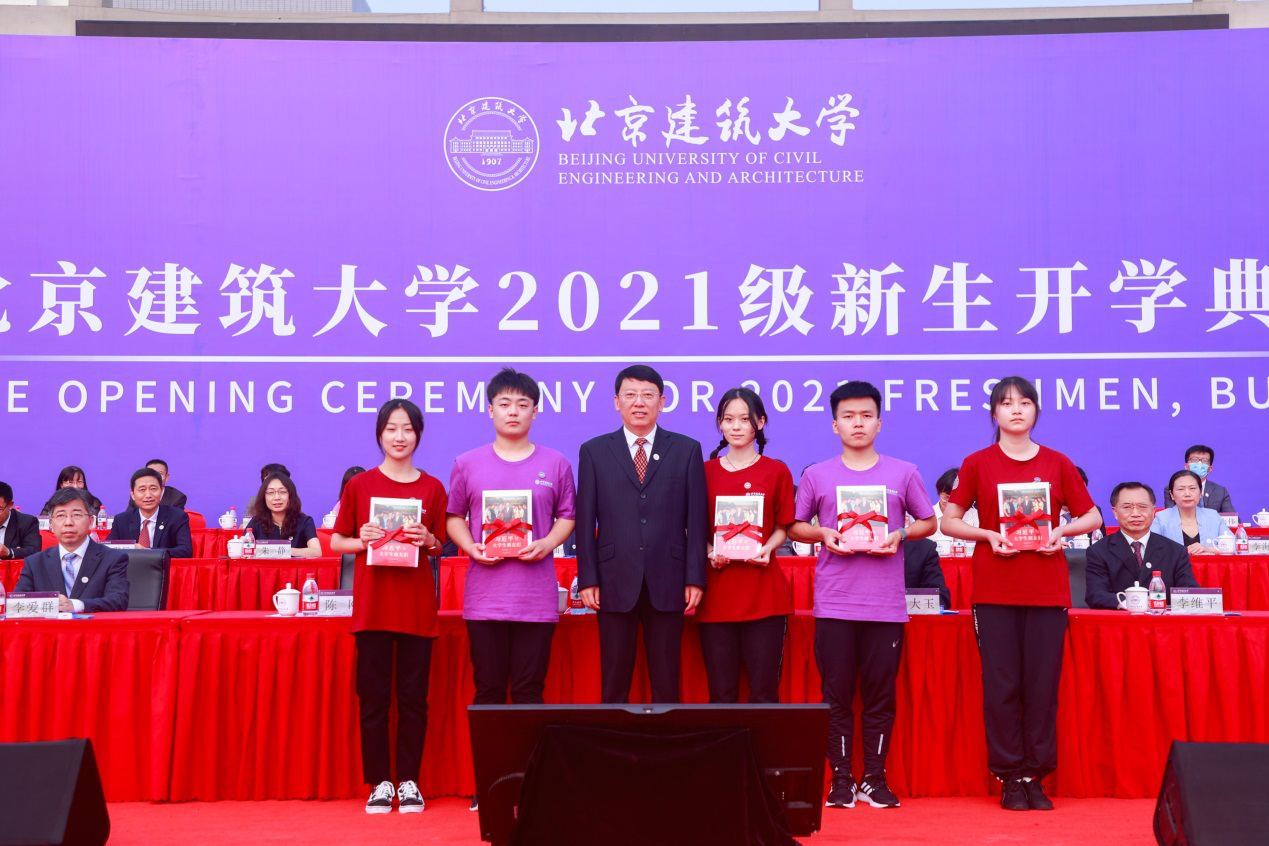 JIANG Zeting, Secretary of the CPC Committee, BUCEA, put on school emblems for freshmen representatives and presented them with books including  Xi Jinping and College Students Friends , and  History of Chinese Architecture , expressing ardent expectations of BUCEA for them to work hard and strive for success. 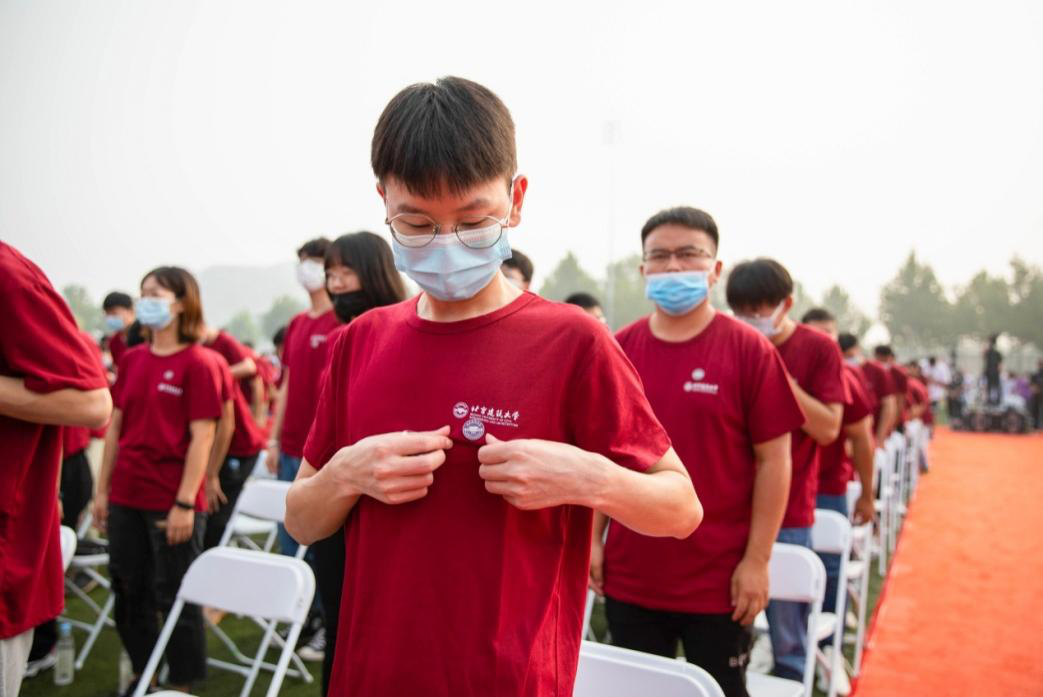 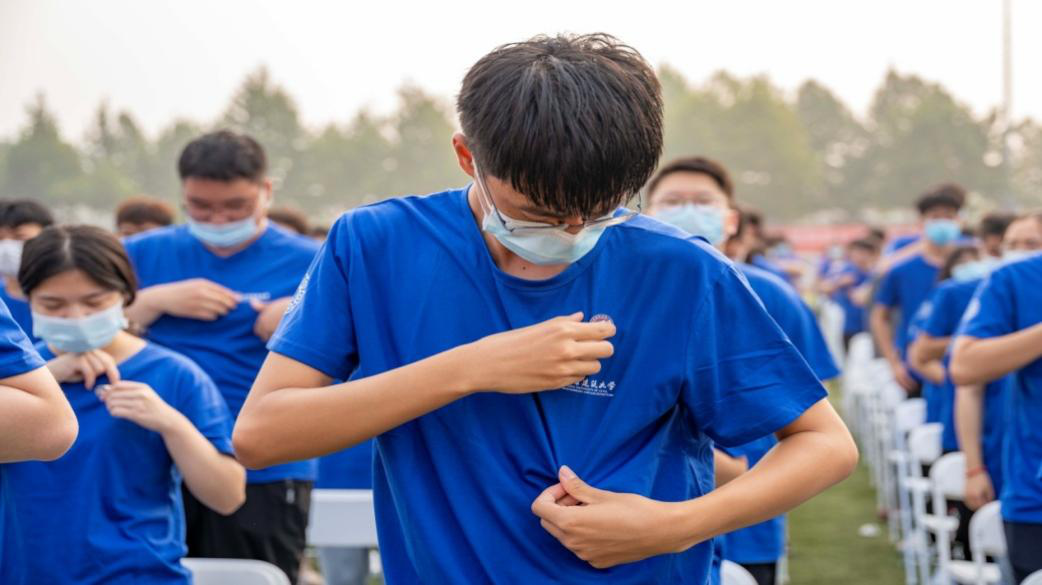 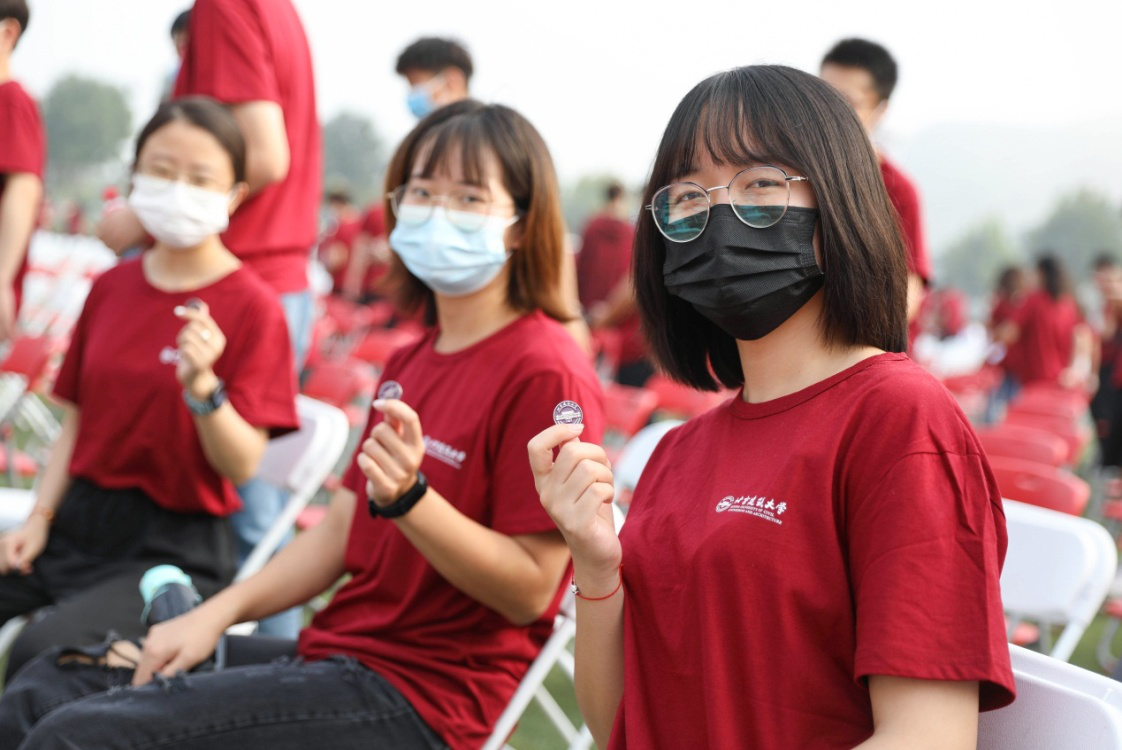 As all freshmen stood up and wore their school emblems, they officially became members of the BUCEA family. In the spirit of the school motto “seeking truth from facts, striving for excellence”, students of the 2021 class will pass on the fine traditions of BUCEA and dedicate themselves to serving China as outstanding planners, designers, and architects. 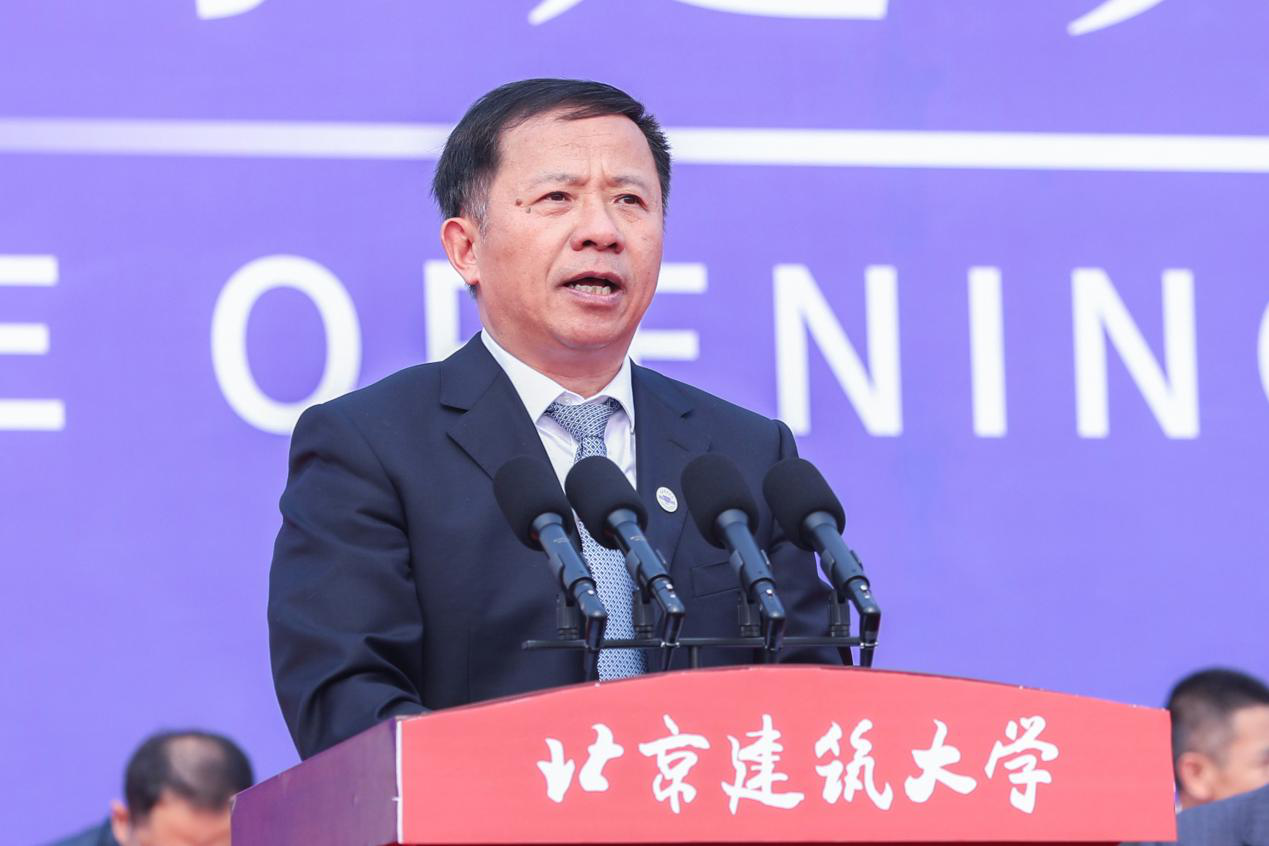 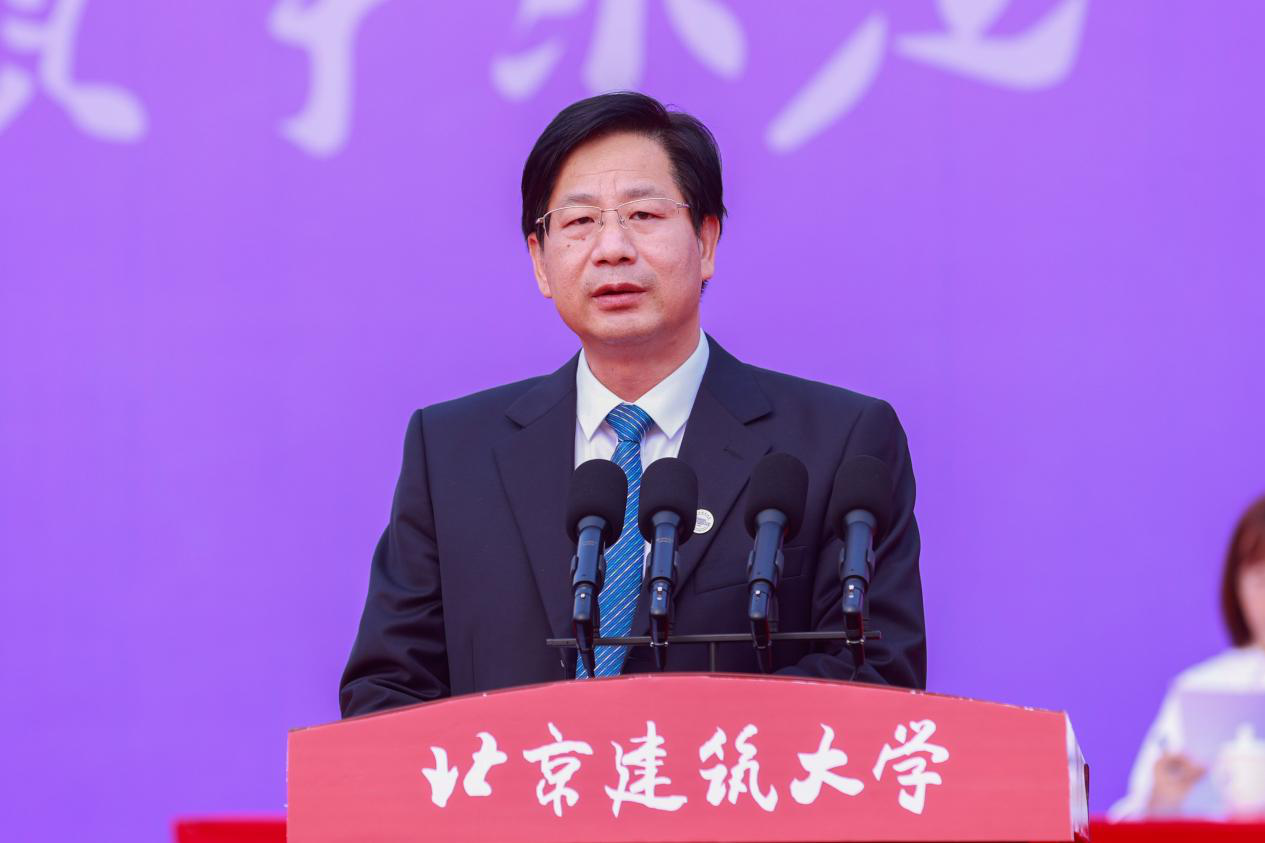 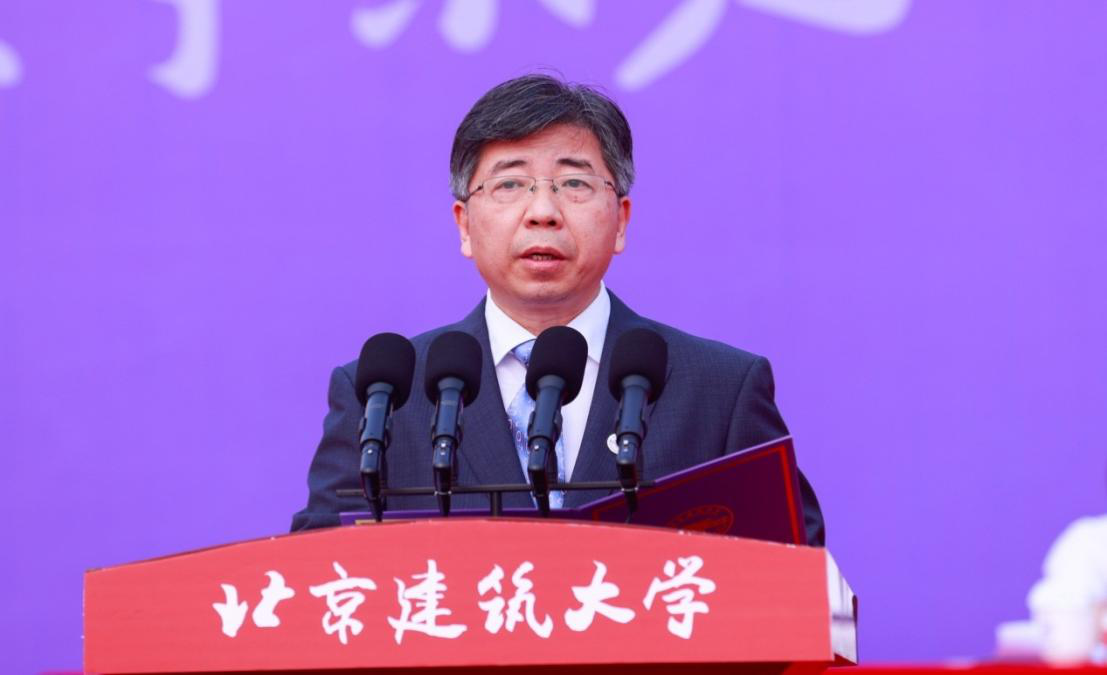 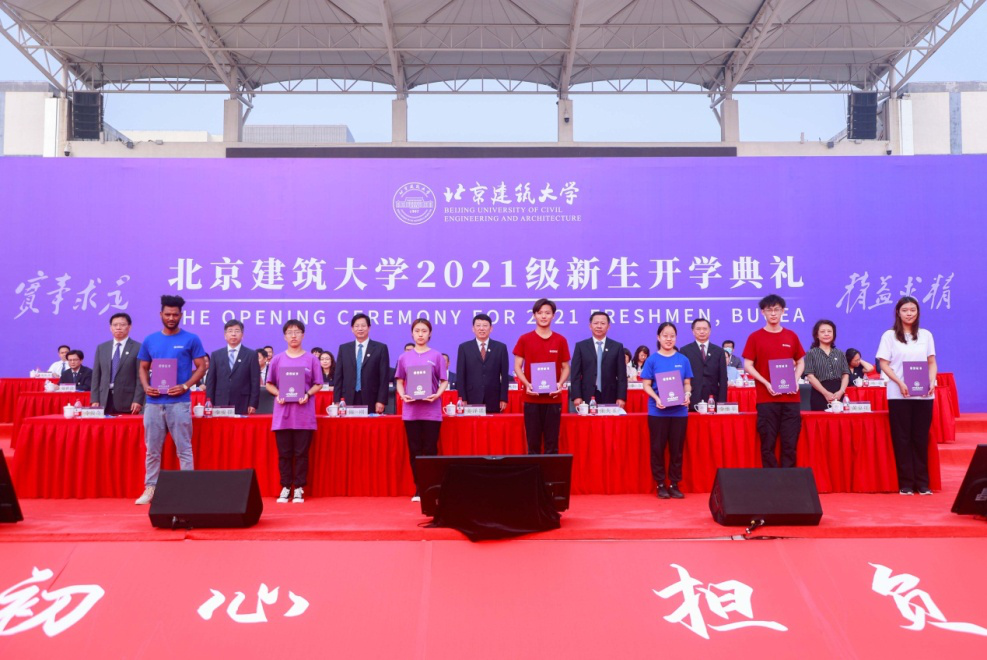 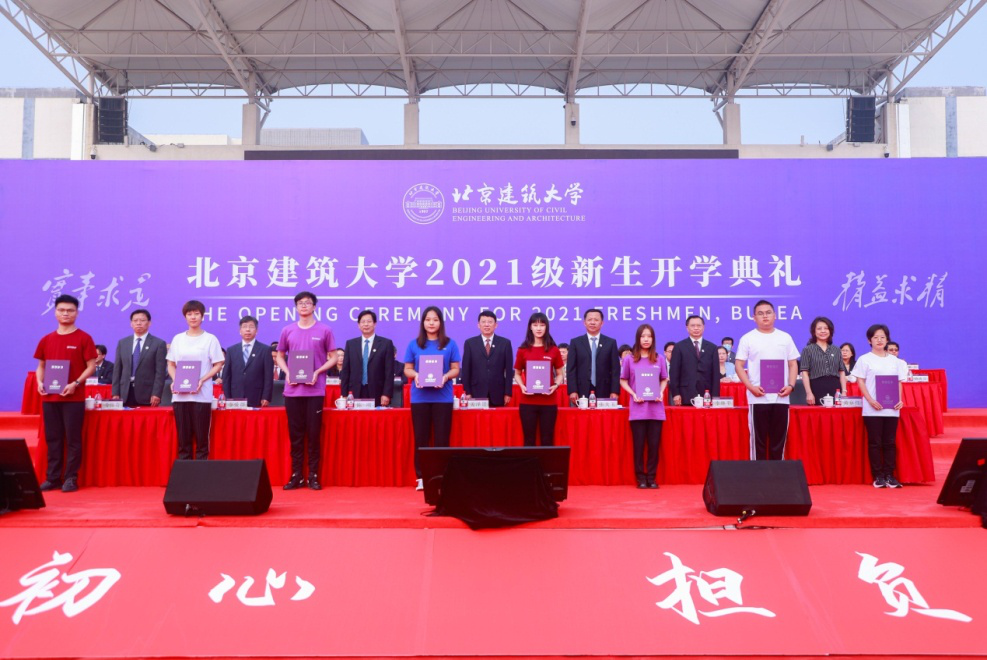 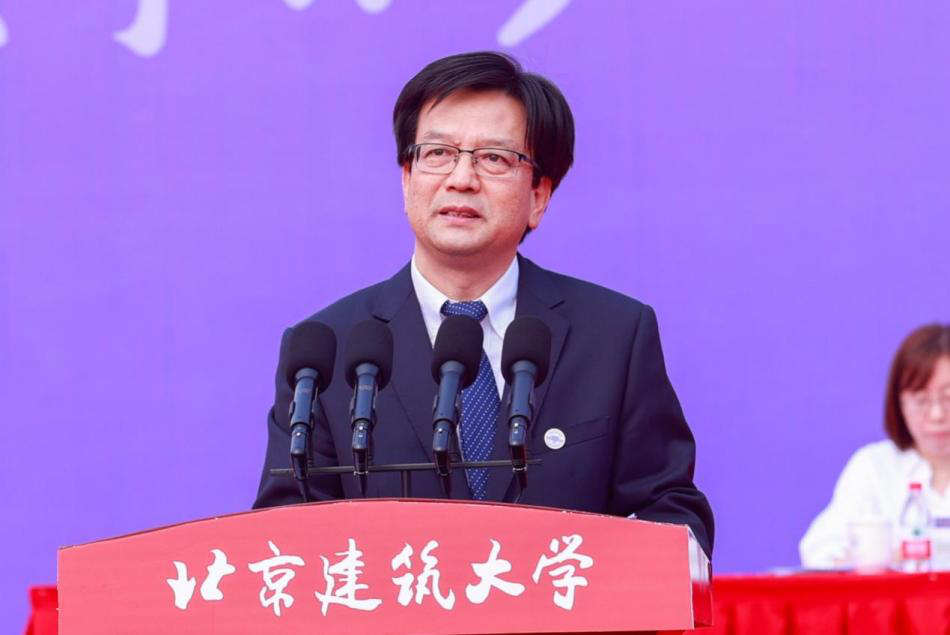 XU Shifa, Beijing Scholar and Professor from School of Civil and Transportation Engineering speaking on behalf of the faculty 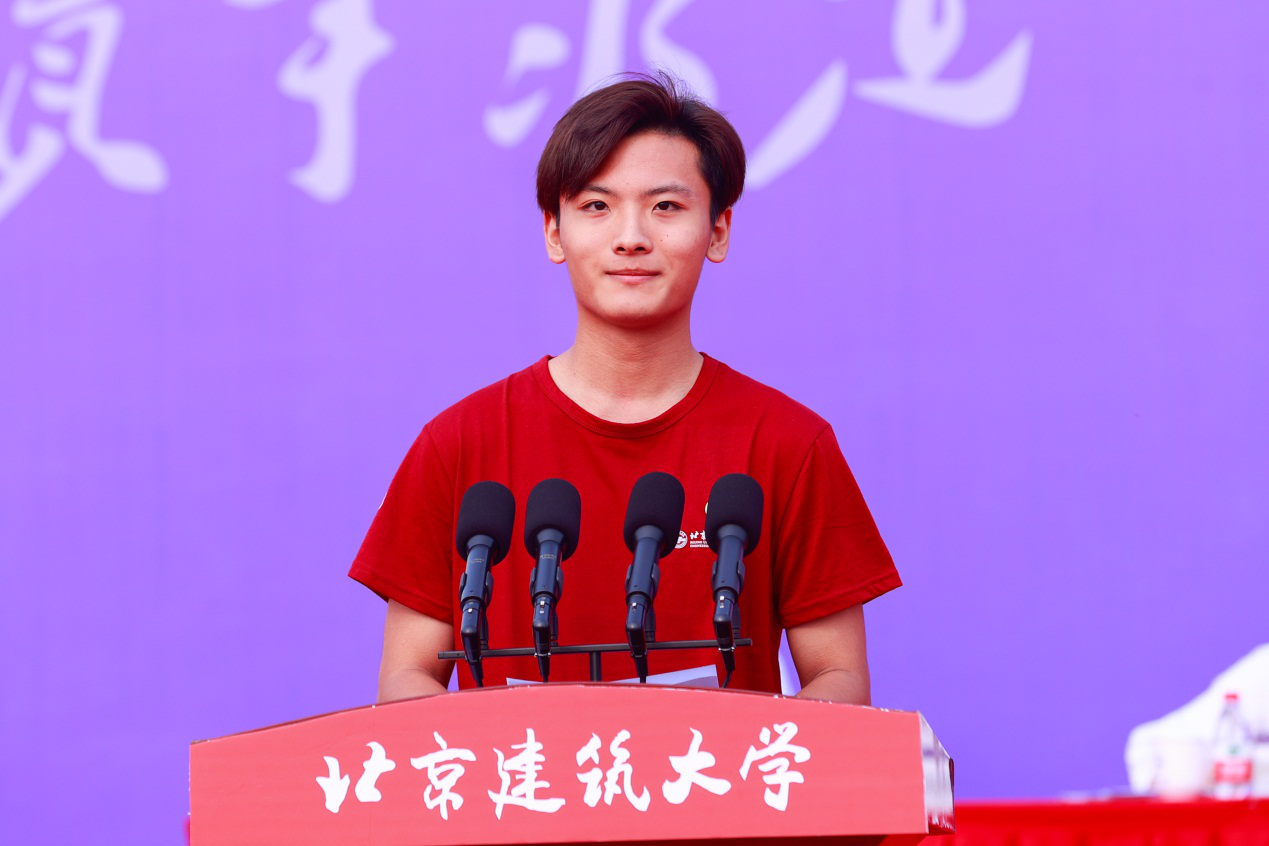 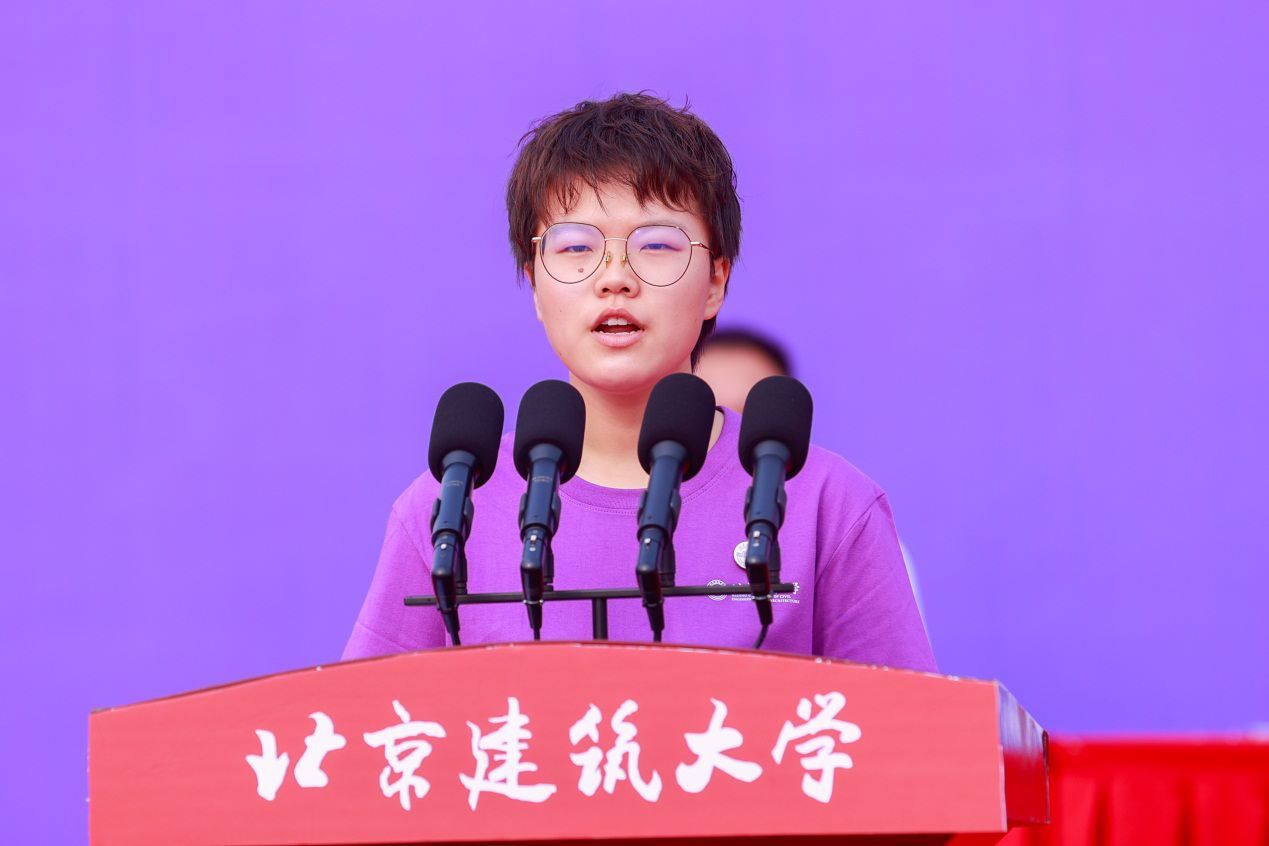 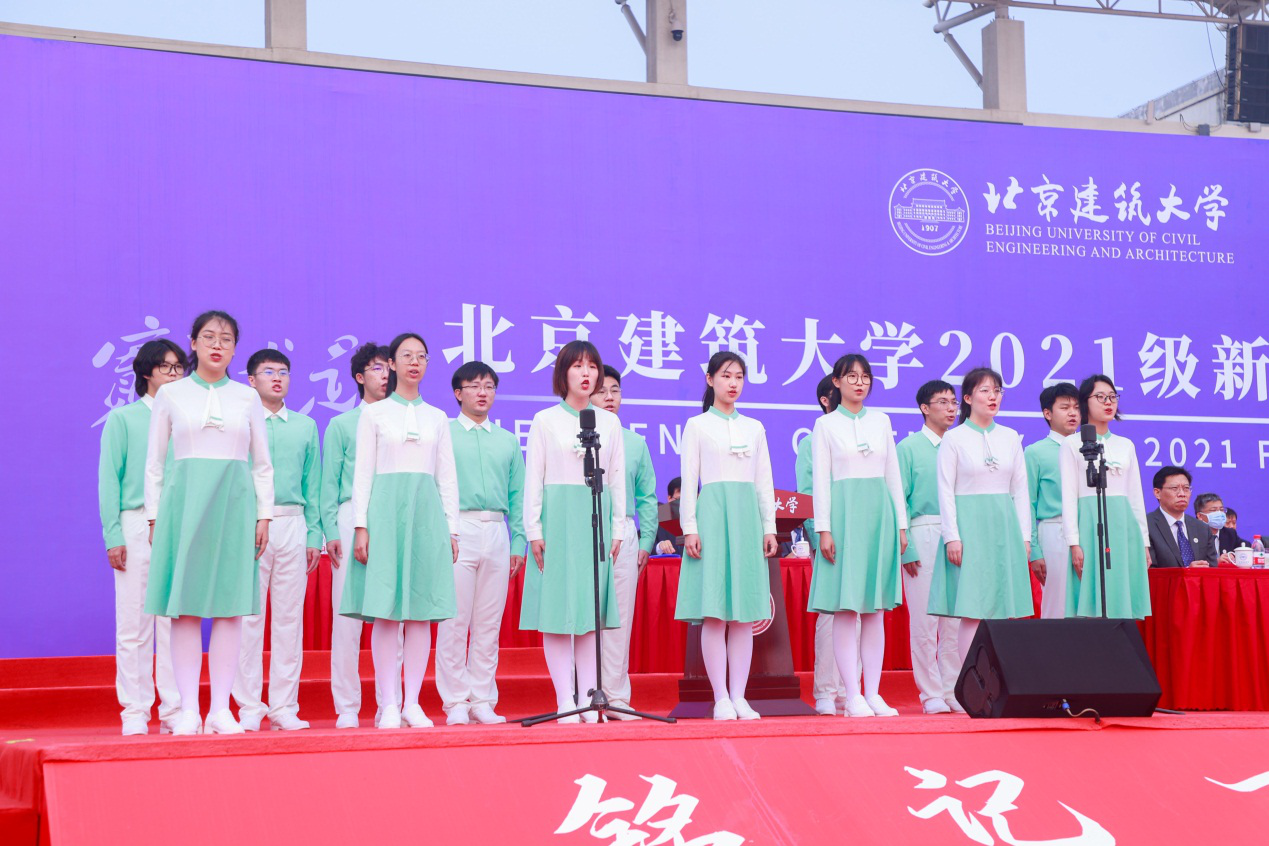 Student representatives from BUCEA Choir singing at the opening ceremony 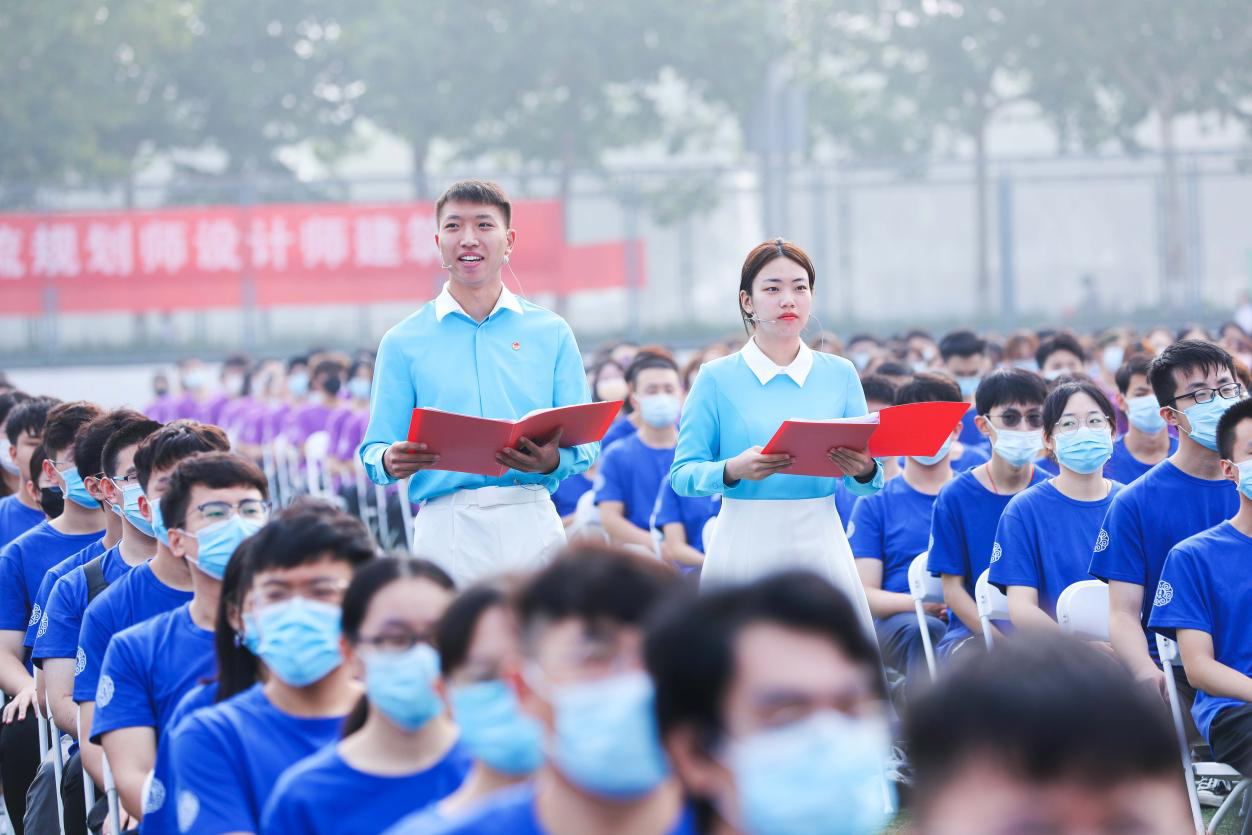 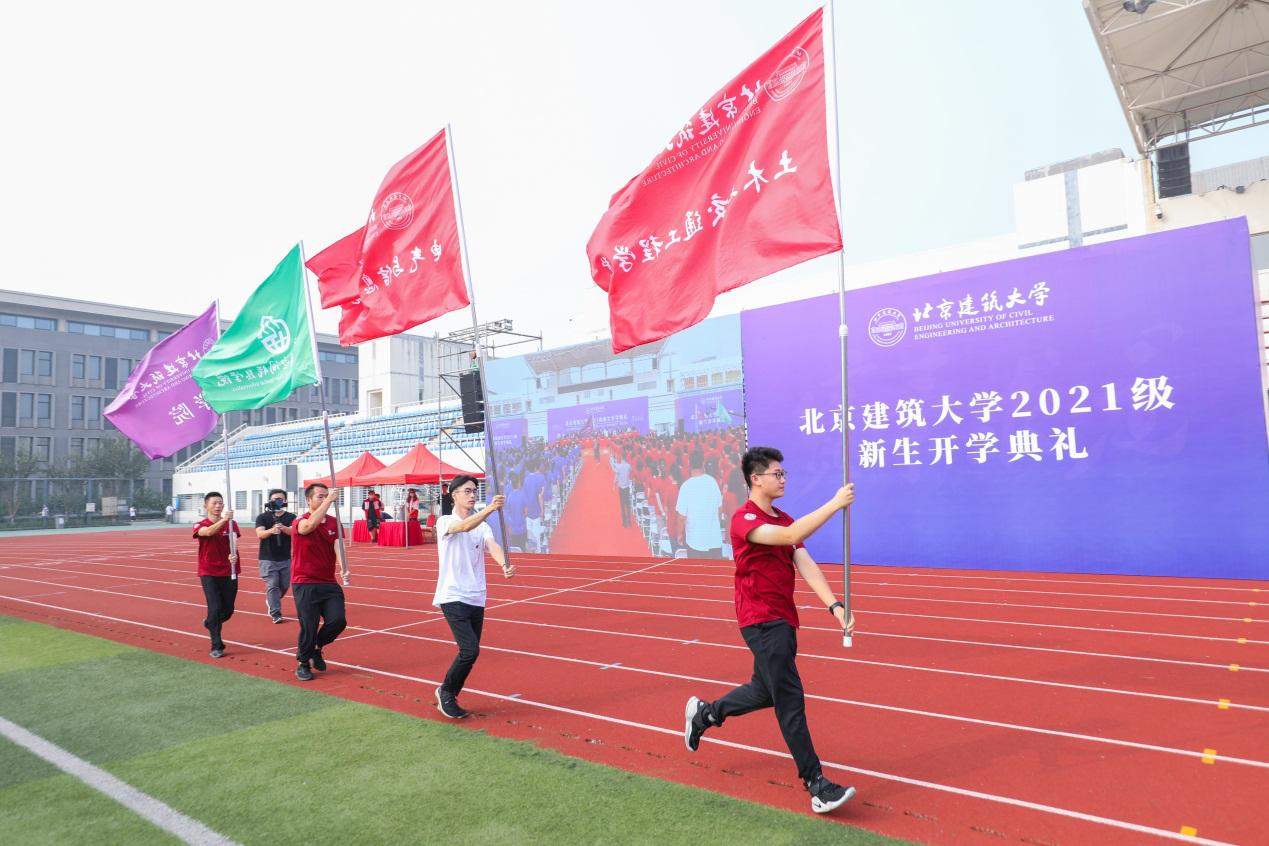 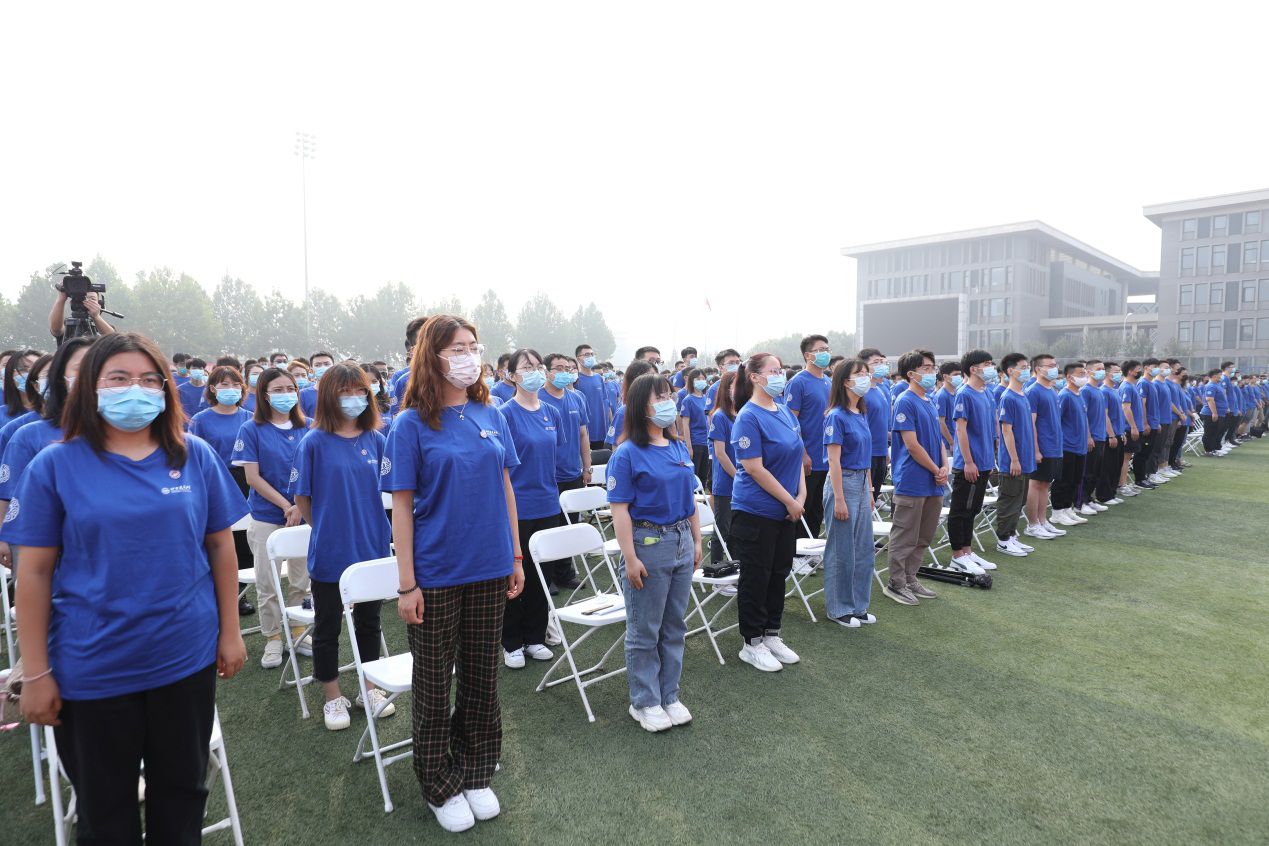 The ceremony was livestreamed to the public, gathering more than 3,000 parents and friends of the freshmen, alumni, and others online to witness this important moment in the lives of 2021 freshmen. 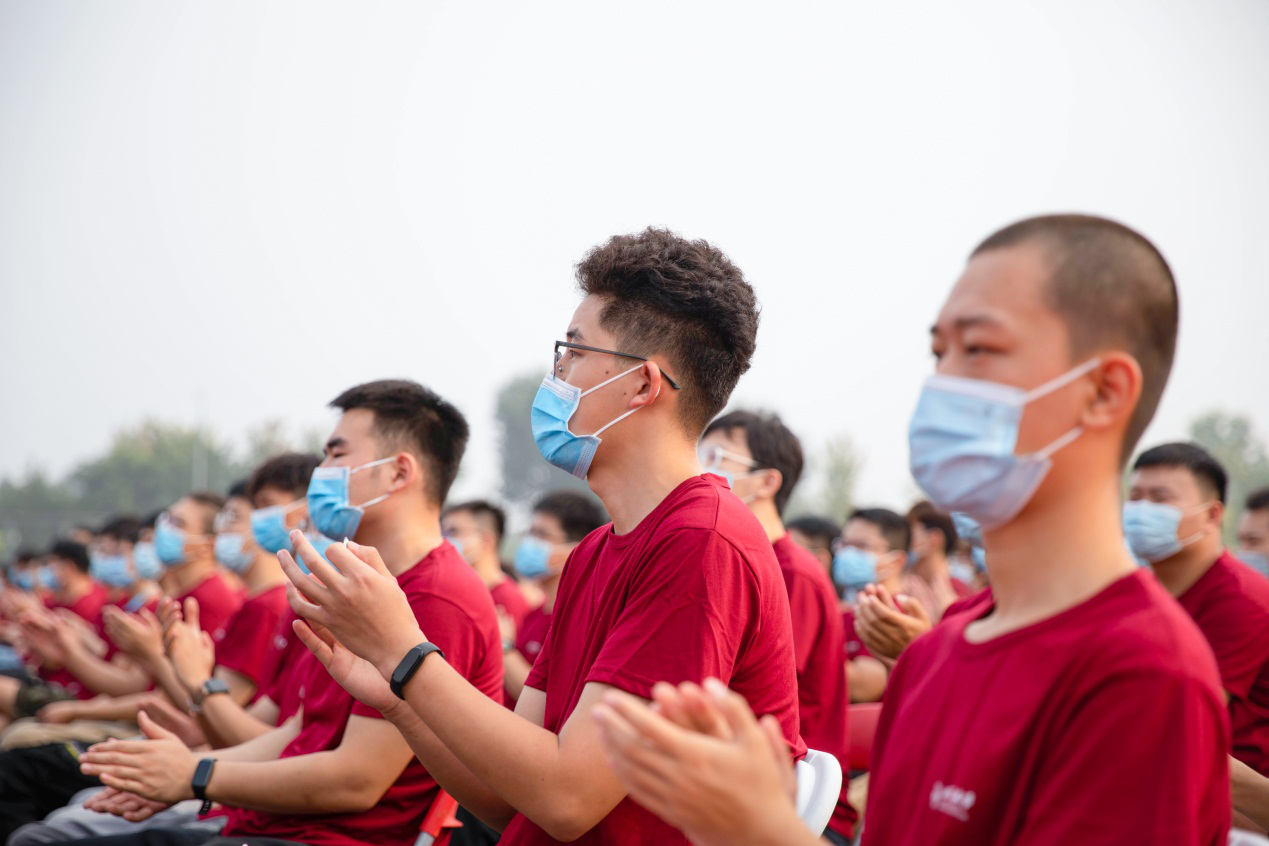 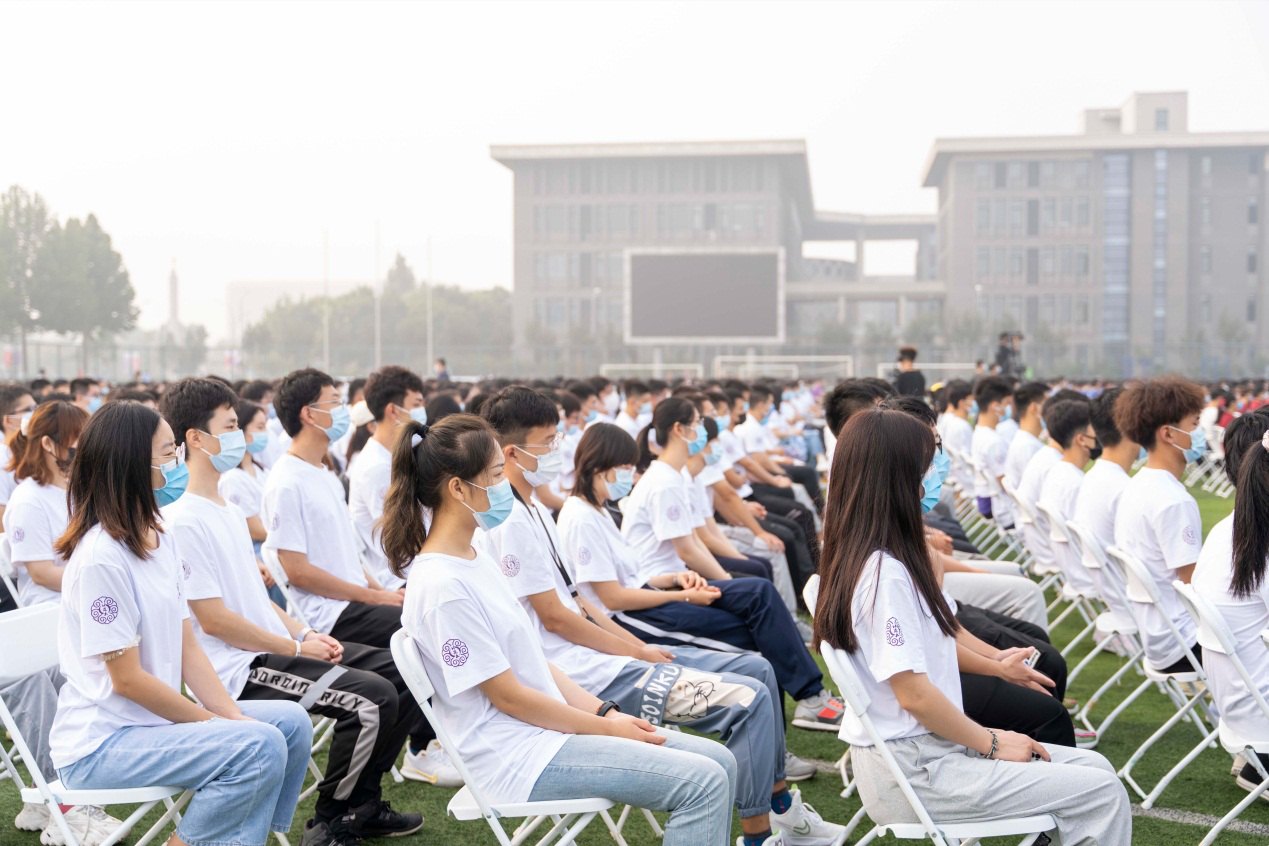 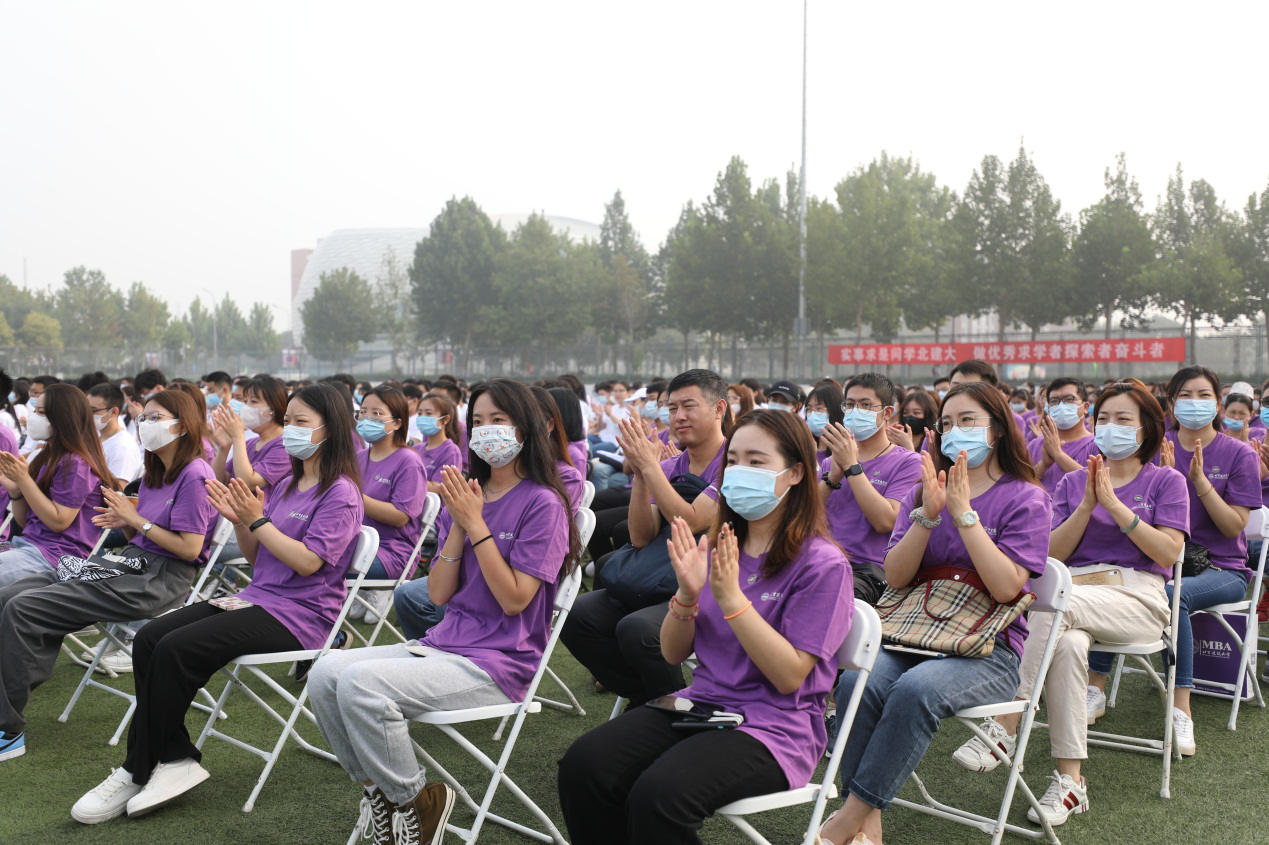 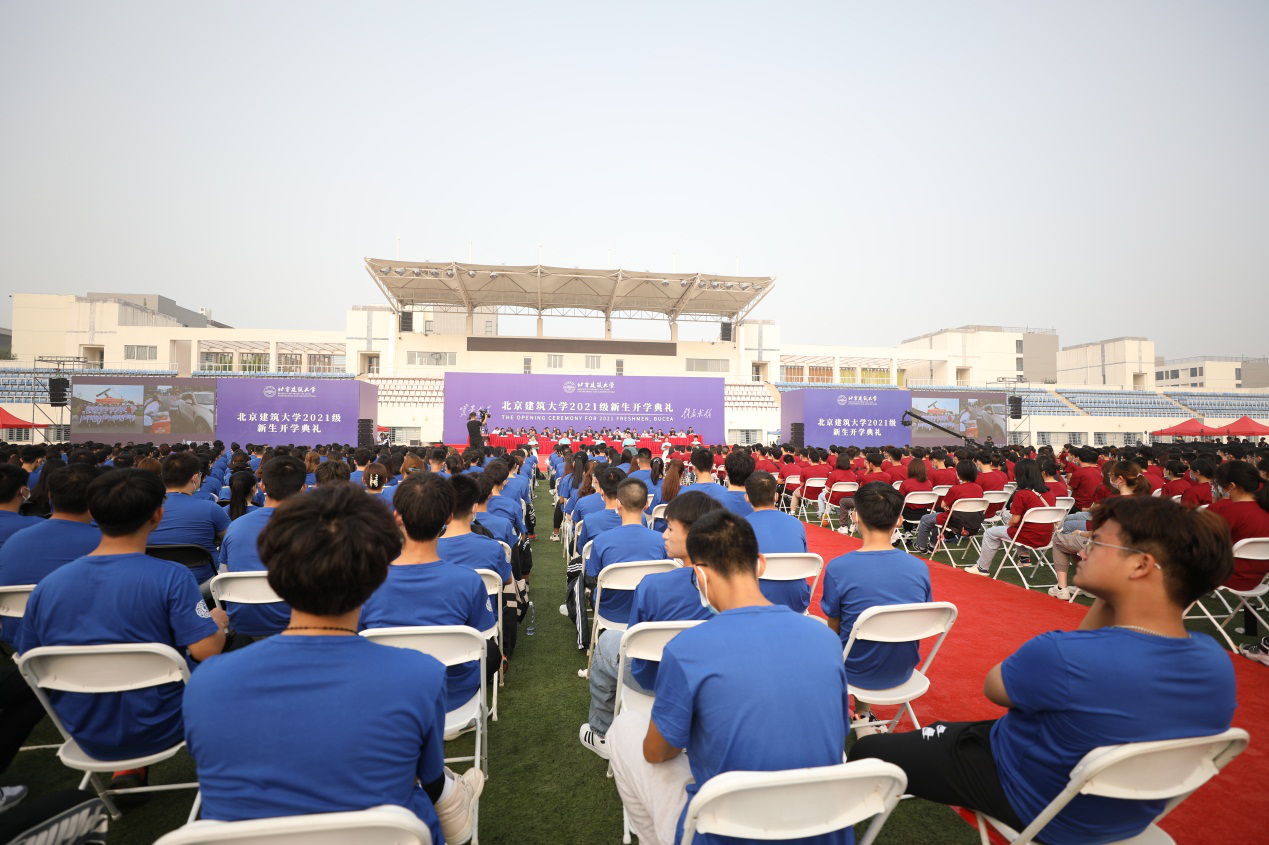