On September 25, 2021, the Awarding and Exhibition Opening Ceremony of the “Fair of Making” was held. As part of the 2021 Beijing Design Week Design Hop, the event is directed by the Architectural Society of China as its science promotion program, supported by Beijing Design Week Organizing Committee and Beijing Advanced Innovation Center for Future Urban Design, hosted by BUCEA, and undertaken by the School of Architecture and Urban Planning. The event was attended by HU Yue, National Engineering Survey and Design Master; LI Cundong, Secretary-General of the Architectural Society of China; XU Si, Deputy General Manager of Beijing Design Week Co., Ltd.; BUCEA leaders including President ZHANG Dayu, Vice President LI Aiqun, and Dean ZHANG Jie of the School of Architecture and Urban Planning; and leaders and participating teachers and students from 7 schools of architecture from universities in Beijing. A total of 14 awards were selected. The competition was highly recognized by the participating experts, and covered by Beijing Radio & Television Station among other media. The event successfully combined teaching and creative activities as an effort to promote the practical education reform at our university and improve the quality of talent training. Meanwhile, it gave full play to its significant role in promoting science and innovation in wider society. 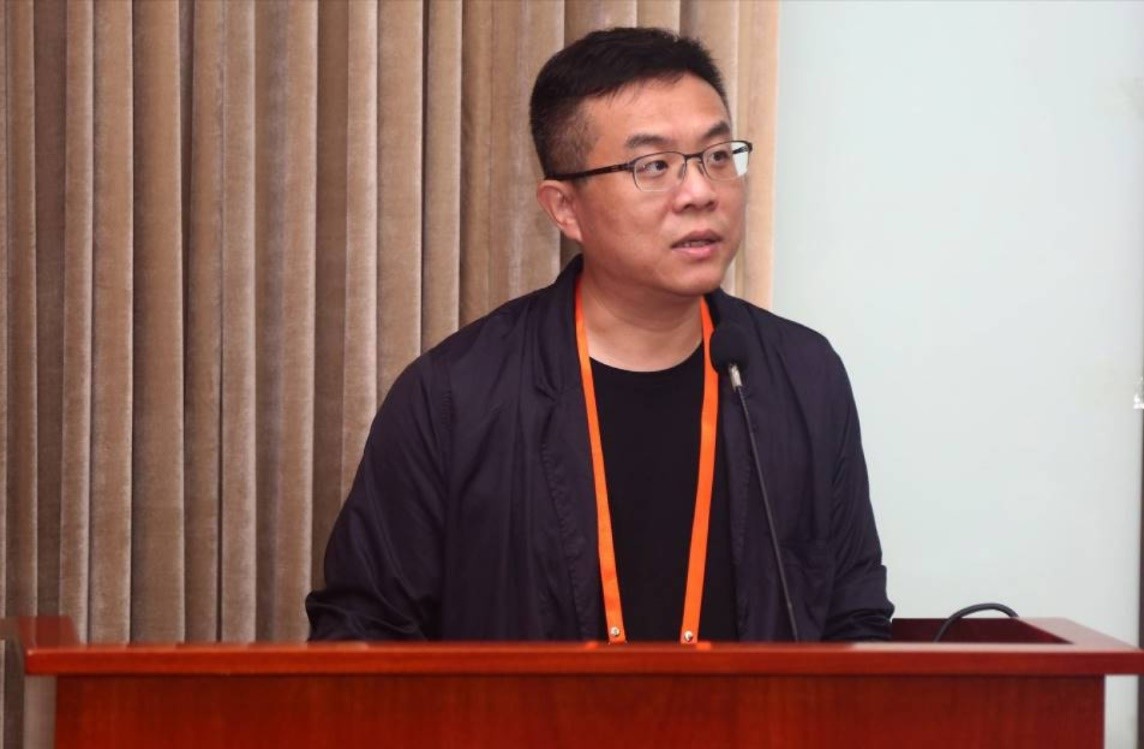 Professor JIN Qiuye, Executive Deputy Dean of the School of Architecture and Urban Planning presiding over the exhibition opening ceremony 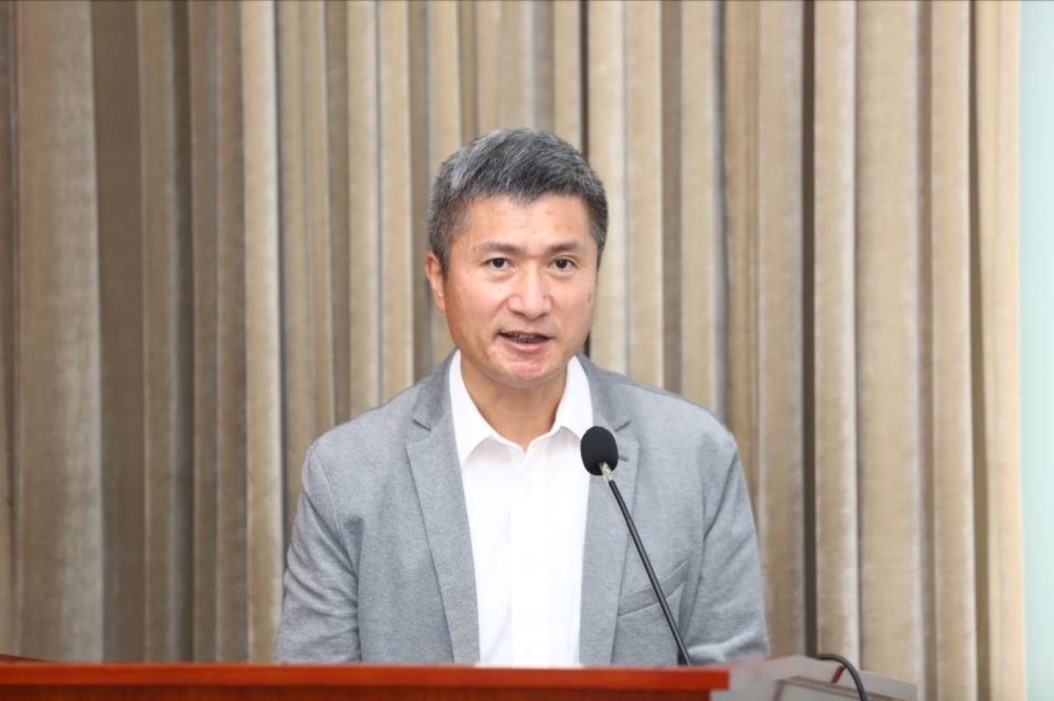 Secretary-General Mr. LI Cundong of the Architectural Society of China delivering a speech 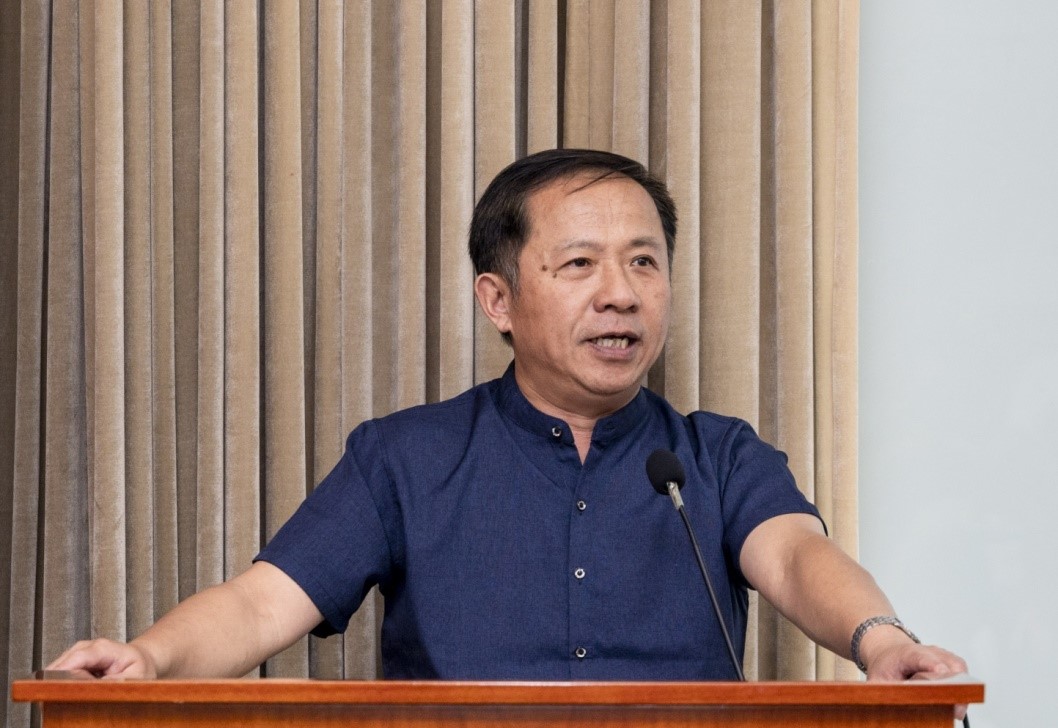 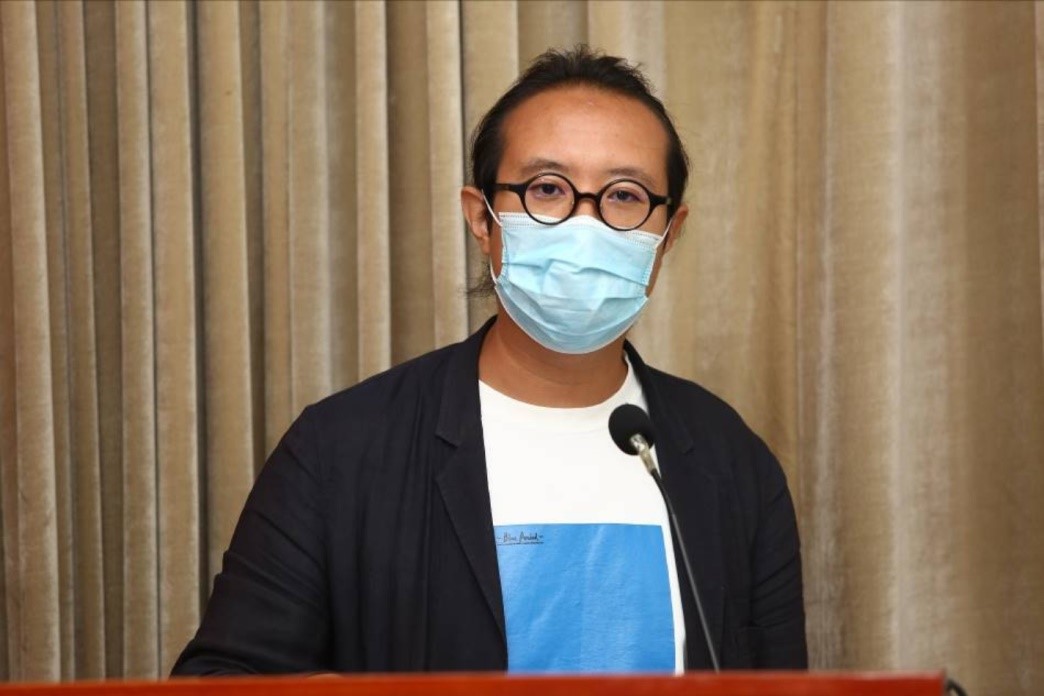 WANG Shuo, Founding Partner of META-Project, one of the question setters, introducing the event

Afterwards, the participating leaders, teachers and students of various universities took a group photo in the Sunken Square at BUCEA Daxing Campus before being guided to the construction site to evaluate works. 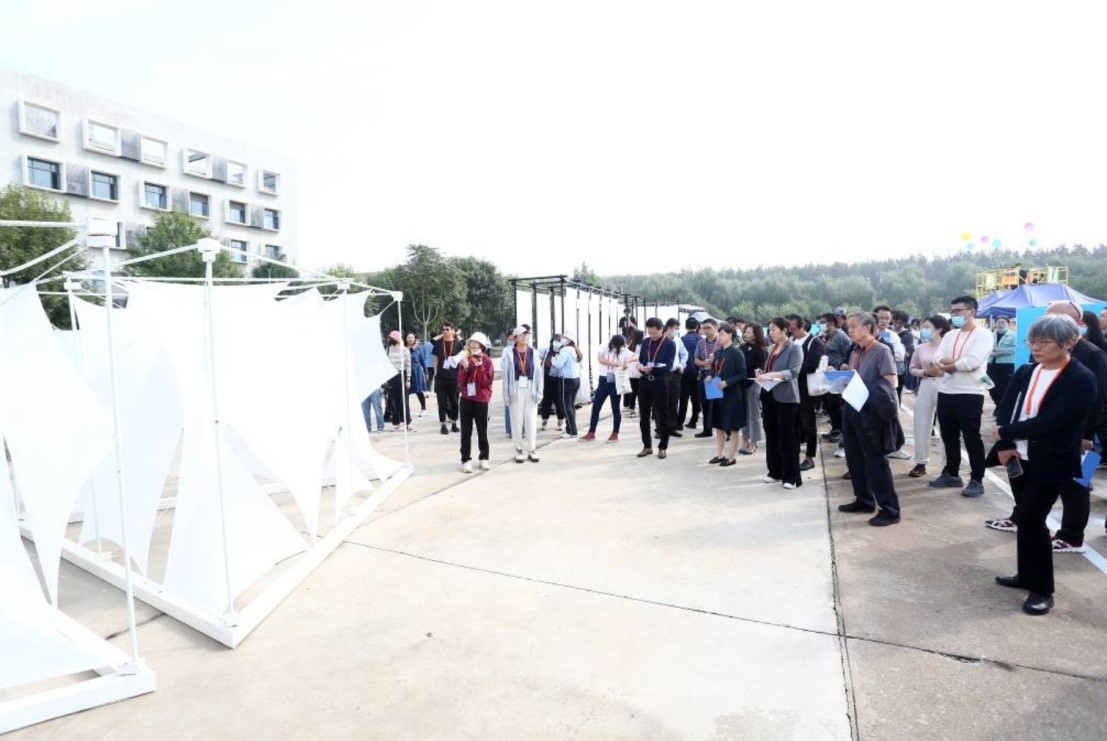 Dean ZHANG Jie and other experts commenting on the work “Between Green Hills and Blue Skies” at No. 4 venue 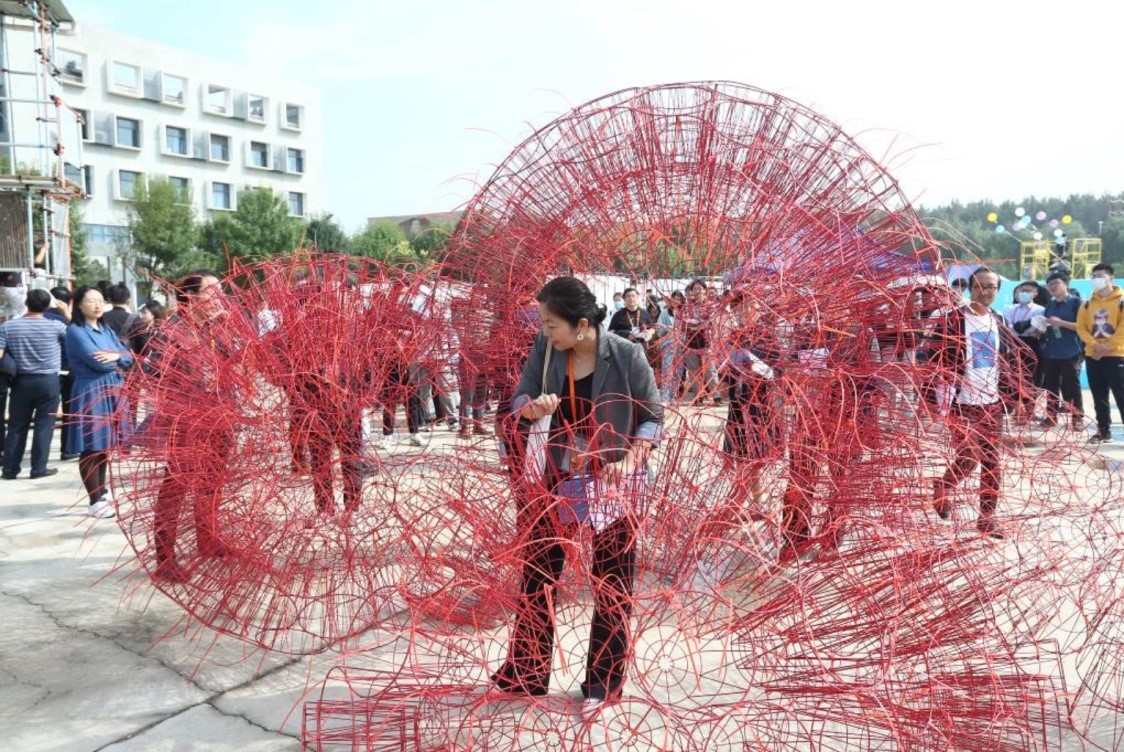 Professor CHENG Xiaoxi, Vice Dean of the School of Architecture, Tsinghua University, interacting with the work “Red Rock” in person at No. 6 venue 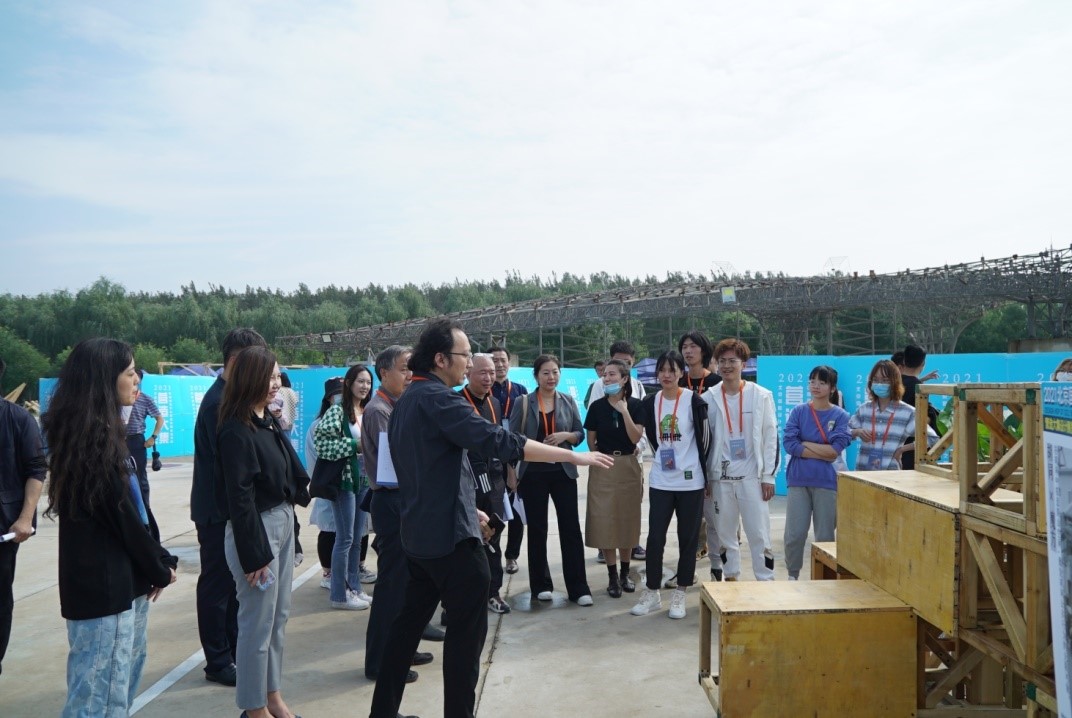 Professor ZHENG Xi, Dean of the School of Landscape Architecture, Beijing Forestry University, commenting on the work “Hutong × Rubik’s Cube” at No. 8 venue 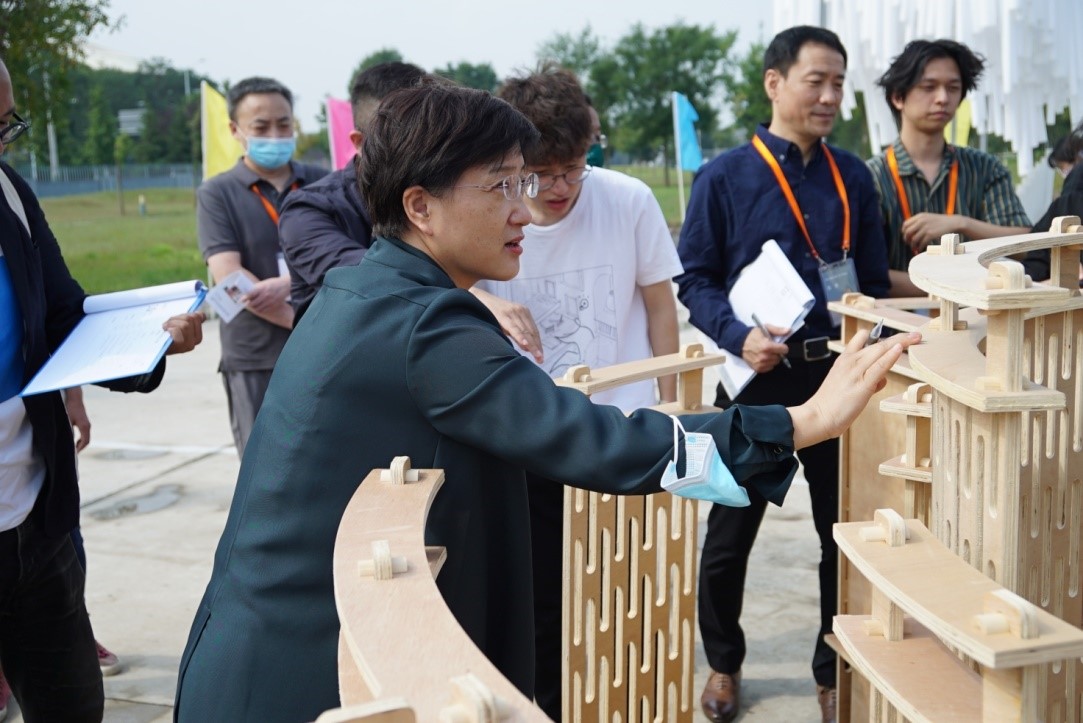 Professor ZHANG Jian, Dean of College of Architecture and Urban Planning, Beijing University of Technology, commenting on the work “Hill Totem” at No. 10 venue 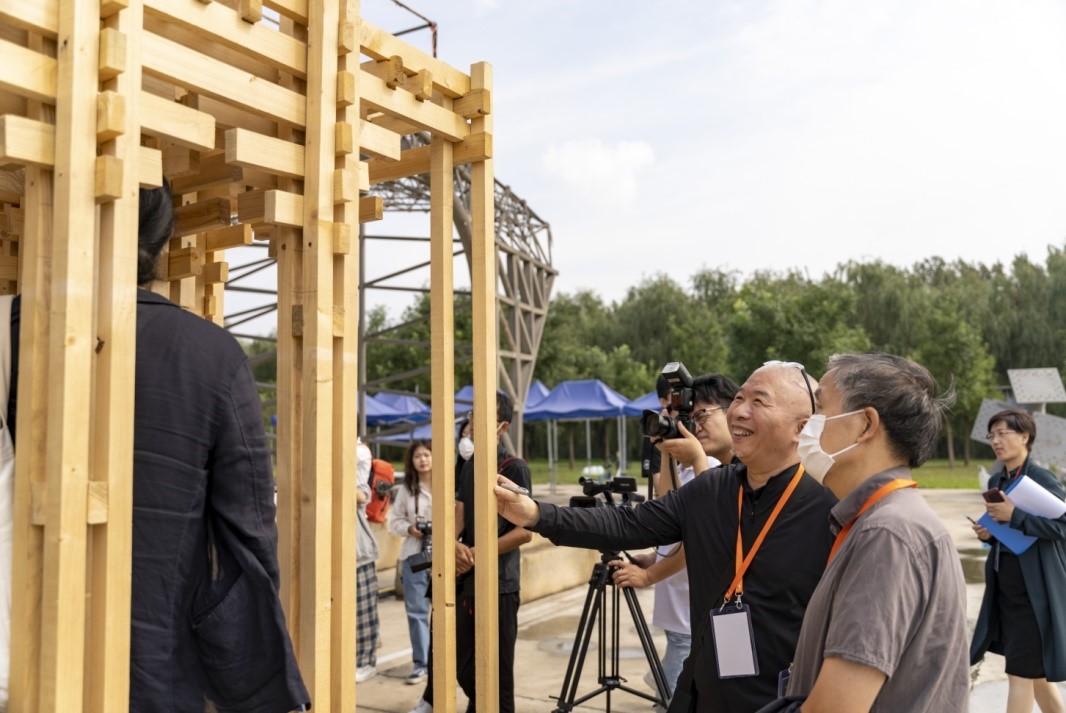 Masters HU Yue and ZHANG Jie commenting on the work “Mountain Shrine” at No. 11 venue 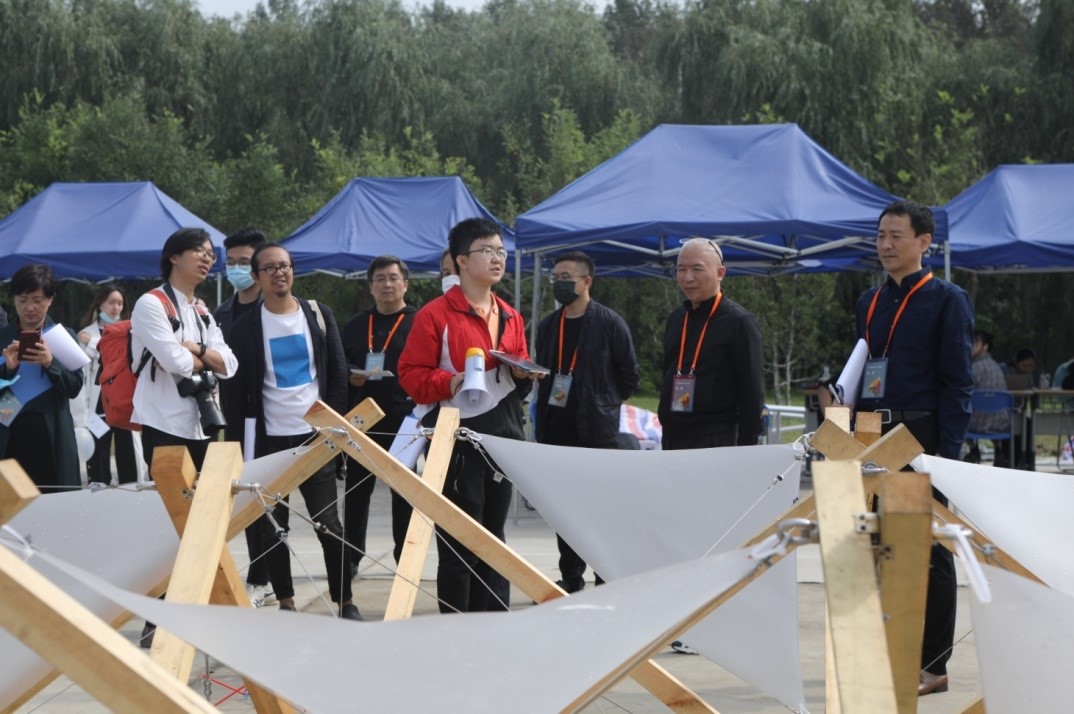 Master HU Yue and other school leaders commenting on the work “Floating Mountain Pavilion” at No. 12 venue 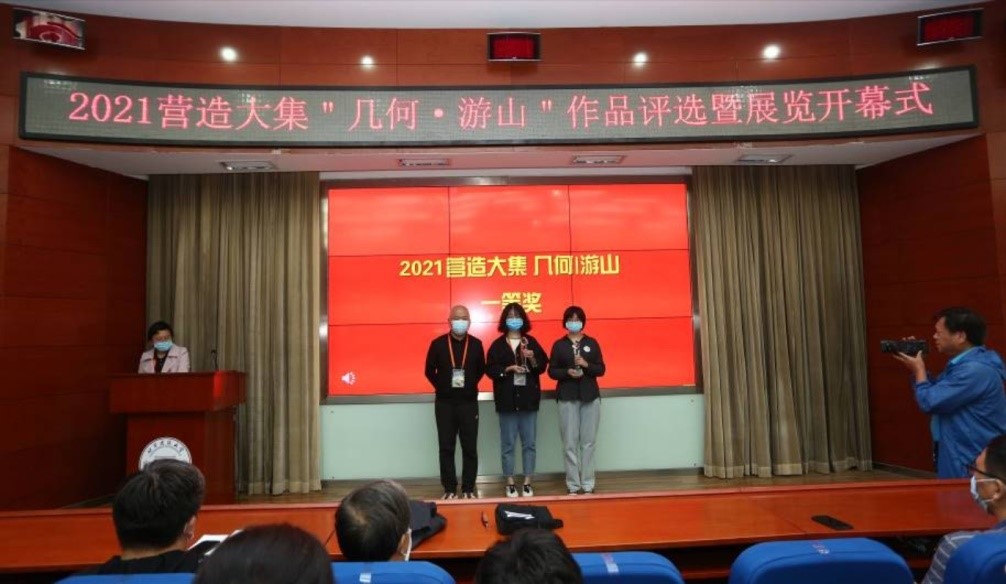 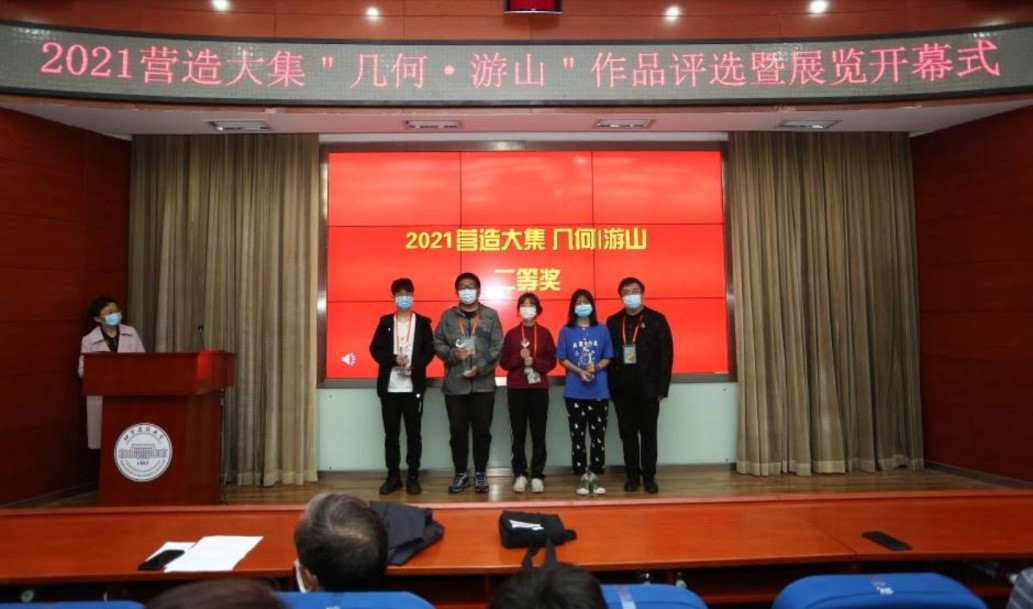