On the afternoon of April 13, the first lecture in 2021 of the “Distinguished Alumni Forum” series initiated by the Beijing University of Civil Engineering and Architecture (BUCEA) was held at Lecture Hall E. YANG Bogang, National Design Master and BUCEA graduate in 1979 from the School of Geomatics and Urban Spatial Informatics made a special report upon invitation. JIANG Zeting, Secretary of the CPC Committee of the University, leadership of the Alumni Office & the School of Geomatics and Urban Spatial Informatics, and nearly 300 teachers and students of the School attended the forum, which was presided over by Professor DU Mingyi, Dean of the School. 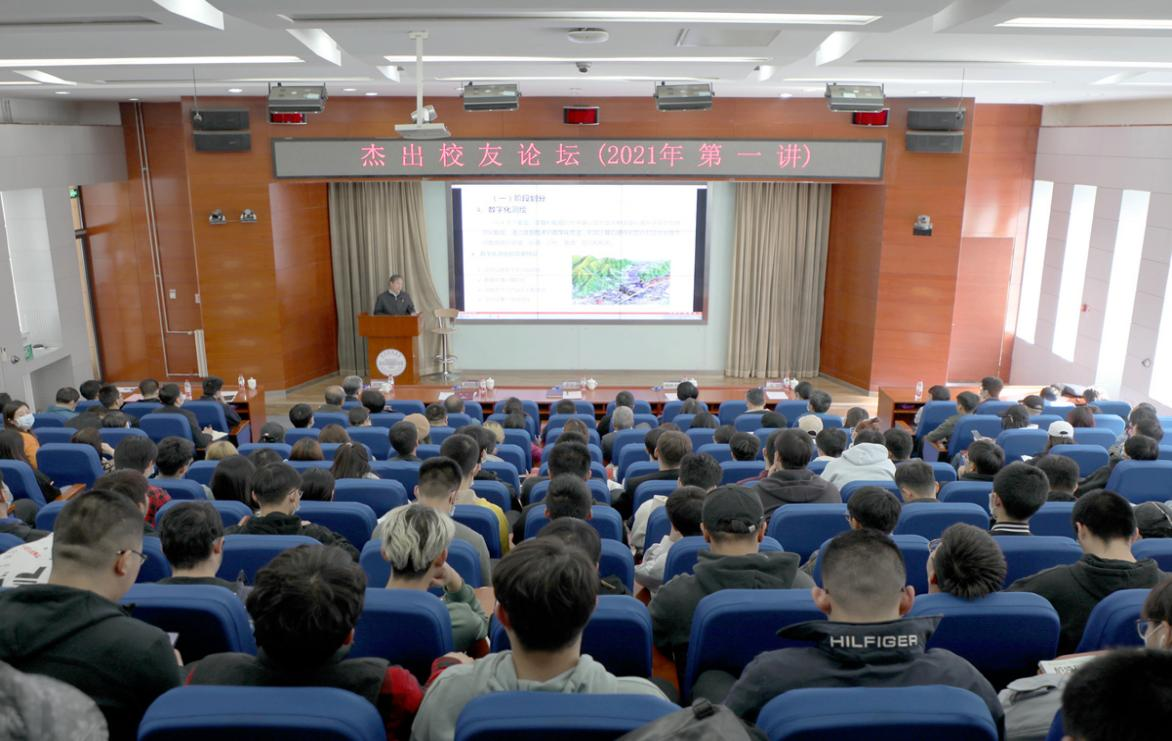 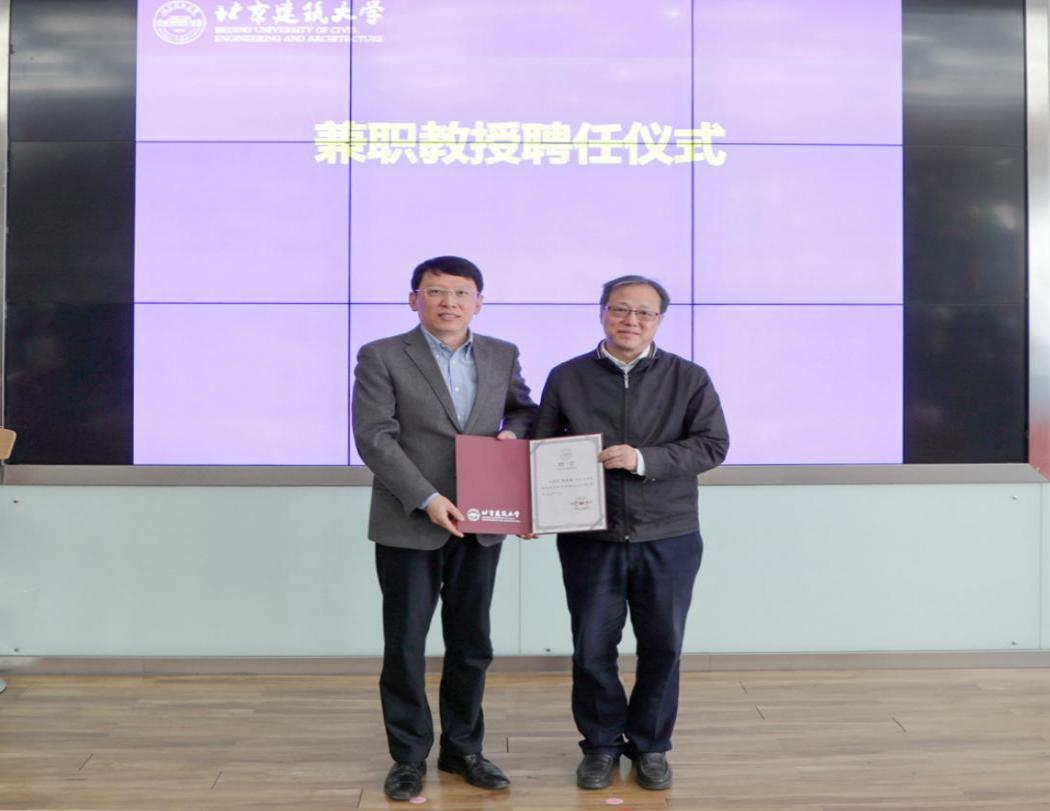 YANG Bogang made an academic report entitled “Development and Application of Geomatics Industry in the New Era”. Centered around Geomatics, the report provided a vivid and detailed introduction to this emerging and flourishing strategic industry from three aspects, i.e., its digital, informational, and intellectual evolution in chronicle order; geomatics + new-generation information technology (Internet of Things, Cloud Computing, Big Data, Artificial Intelligence, Blockchain, 5G Technology, Smart City); typical applications of geomatics (three-dimensional real-scene information base and management platform in Tiananmen area, infrastructure measurement for Beijing 2022 Winter Olympics, normalized monitoring of China’s geographical conditions, and Beidou / GNSS measurement of super-tall buildings). In terms of the prospects of the geomatics industry, the report pointed out that cross-boundary integration, automation, precision, intelligence, and ubiquitous service is the future of the industry.

YANG Bogang, a BUCEA graduate in 1979 from the School of Geomatics and Urban Spatial Informatics, professor-level senior engineer, National Design Master. He enjoys special government allowances of the State Council and has been selected into the “Beijing Municipal New Century Talents Project”. He also acts as Beijing CPPCC member, Member of the 9th Standing Committee of Beijing Association for Science and Technology, Member of Party Committee of Beijing Surveying and Mapping Design and Research Institute, and Director of Beijing Key Laboratory of Urban Spatial Information Engineering. He has been awarded the honorary titles of National Outstanding Scientific and Technological Worker, National Exemplary Individual in Construction System, Beijing Municipal Talent with Outstanding Contributions in Science, Technology and Management, etc. For a long time, he has been engaged in scientific research and engineering transformation of urban geomatics application with a focus on technological innovation and application. A number of his scientific and technological achievements have won the State Technological Innovation Award, provincial- and ministerial-level science and technology awards, and national and provincial outstanding engineering awards. He has obtained 15 national patents for invention, published 17 monographs and over 90 academic papers, and compiled 30 national, industrial and local standards.