Secretary JIANG Zeting extended thanks to all units who supported the innovation education in BUCEA. He also congratulated the award-winning teams and colleges and paid tribute to the dedicated competition instructors. He pointed out that during the 14th five-year plan, BUCEA will focus on developing its characteristics in cultivating planners, architects, and engineers to serve Beijing’s integrated planning of socioeconomic development, urban space, and land use. Internally, BUCEA will accelerate its construction as a top-notch university. Externally, it will explore a multi-campus education model in the context of the capital’s vision as a global science and innovation hub with “three science cities and one hi-tech area”. Such vision has put the capital in dire need of socioeconomic development. Mr. JIANG stressed that BUCEA will make full use of its areas of expertise to tackle the two bottlenecks faced by Beijing, i.e. urban renewal and future architectural technologies, and offer a remedy to the capital’s urban diseases. 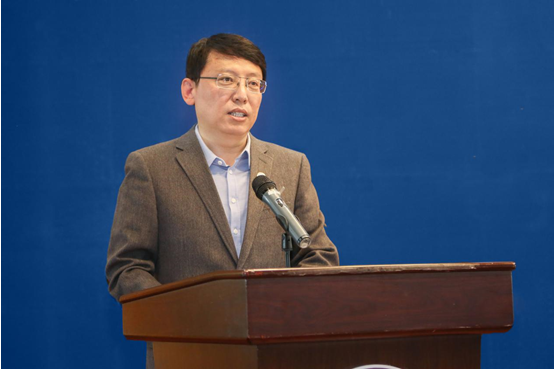 Vice President LI Aiqun pronounced the Decision on Awarding Excellent Works and Outstanding Organizations of the 8th “Luban Cup” University Student Extracurricular Academic and Science Work Competition. BAI Mang, Member of the Party Committee and Director of the Department of Development and Planning, summarized the work BUCEA has carried out in student innovation during the 13th five-year plan. 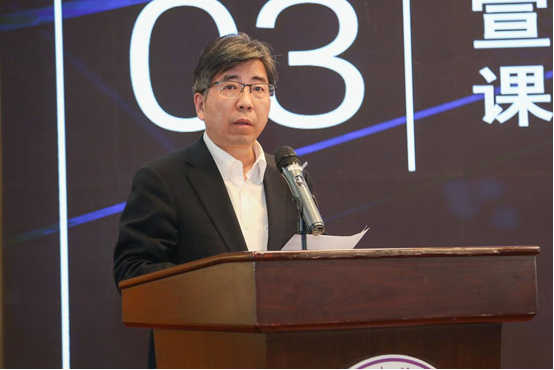 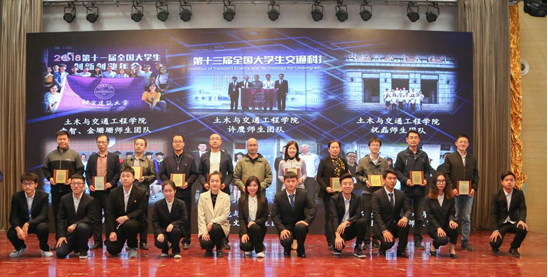 JIANG Zeting awarded the Outstanding Organization Prize to the School of Architecture and Urban Planning, the School of Environment and Energy Engineering, and the School of Geomatics and Urban Spatial Informatics in the 8th “Luban Cup” Competition. 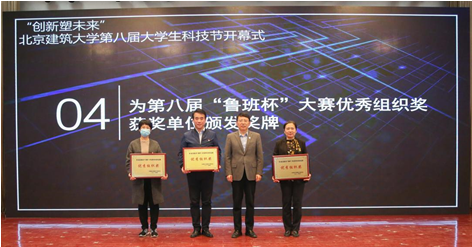 On behalf of the outstanding competition instructors, WANG Wenhai from the School of Environment and Energy Engineering, an outstanding party member of universities in Beijing, delivered a presentation titled “Science and Technology to Serve the Country”. In the presentation, he encouraged students to actively participate in scientific innovation and experientially learn from these practices. As the student representative, ZHANG Jian from the School of Civil and Transportation Engineering shared his experience in scientific innovation competitions to offer advice for fellow students. 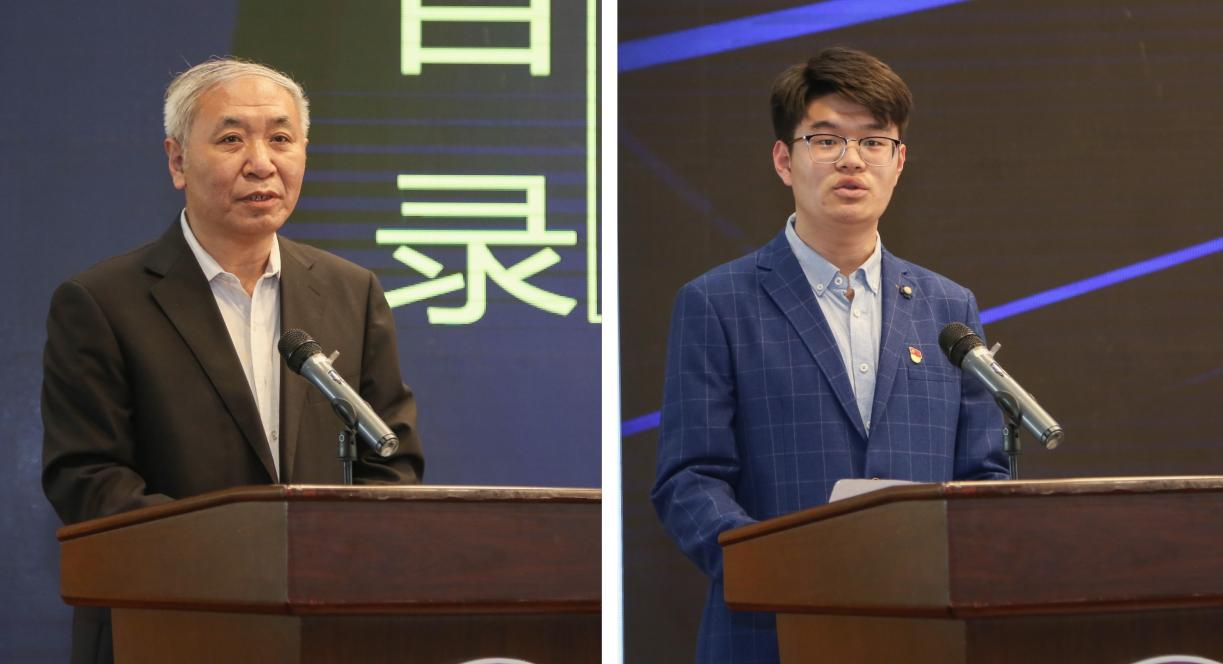 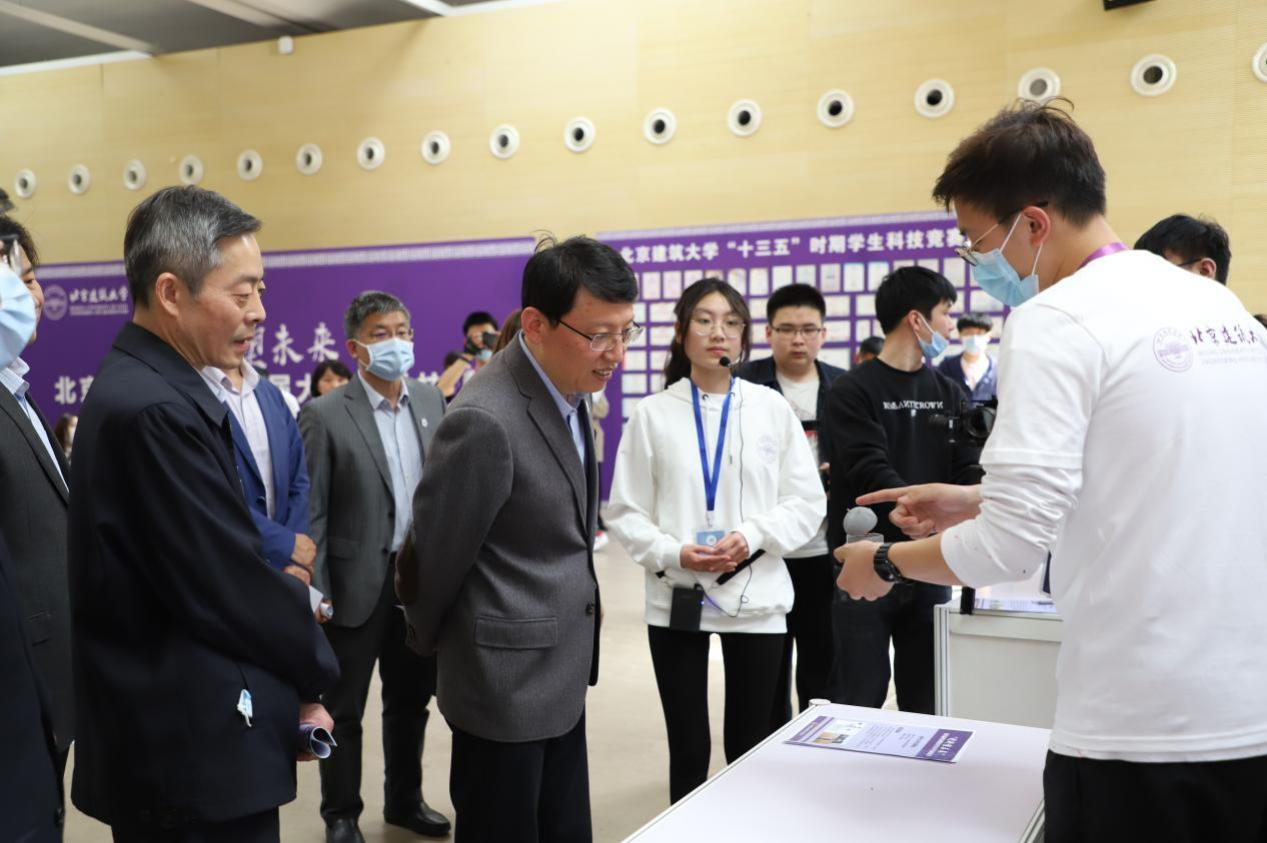 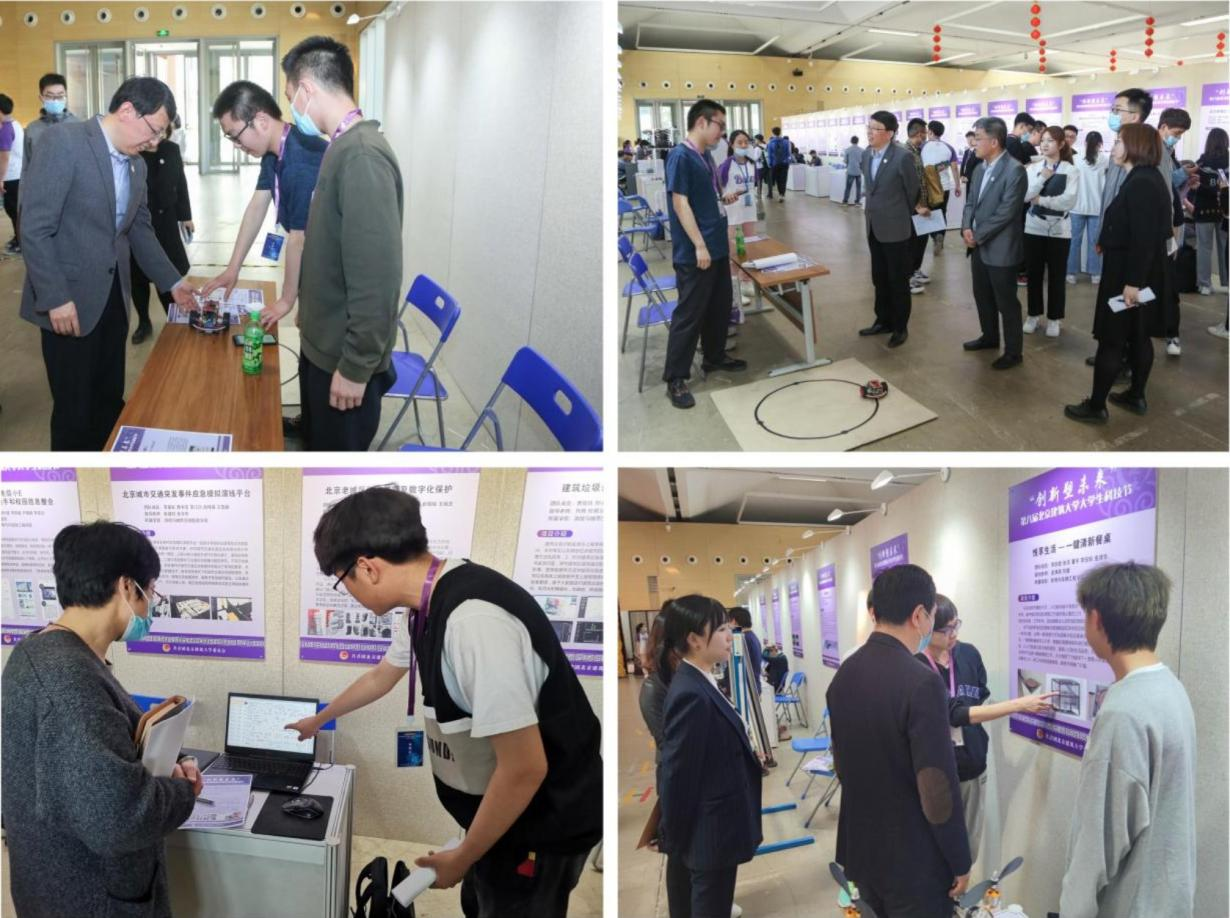 The University Student Science Festival of BUCEA has been held for eight years in a row. This year’s event will last for two months. A total of 24 competitions and activities will be held which encompass all disciplines and are open to both postgraduates and undergraduates. The festival aims to demonstrate students’ achievement in innovation and inspire more innovators on campus.