The Department of Building and Thermal Engineering

The department has 31 full-time teachers, of whom 29% are professors and 54.8% are associate professors. And 81.8% of the teachers with doctoral degrees are engaged in teaching and research.

The Department of Municipal Engineering

At present, there are 17 full-time faculty members in the Municipal Engineering Department, including five professors, seven associate professors, and five lecturers. Most of them have overseas study experience or visiting-scholar experience in different countries, including the United States, the Netherlands, Japan, Ireland, and the United Kingdom. In recent years, the Municipal Engineering Department has published hundreds of papers, undertaken more than 100 fund projects, including projects supported by the National Natural Science Foundation of China. We have trained a large number of undergraduates and graduate students, and gained a good reputation. Our faculty members have rich knowledge reserves and a good international perspective. Among them, Professor Xiaodi HAO also serves as a regional editor-in-chief at the famous international journal "Water Research".

The Department of Energy and Power Engineering

The Department of Energy and Power Engineering has 15 full-time teachers, including four professors, five associate professors, one associate researcher, and four lecturers. Among them, one is a postdoctoral researcher, and those holding doctoral degrees account for 93.3%. The department is mainly responsible for teaching the undergraduate courses of this major and Fluid Mechanics courses of the whole university. In addition, the department also undertakes the task of training master's candidates in the two disciplines of Civil Engineering and Architecture (Architectural Science and Technology). In 2011, the Energy and Power Engineering Major was approved for the Pilot Program in Training Excellent Engineers by the Ministry of Education.

In recent years, teachers of the Department of Energy and Power Engineering have presided over and completed several vertical and horizontal research projects, such as sub-projects of the National Key Research and Development Program, and the projects supported by the National Natural Science Foundation of China and the Beijing Natural Science Foundation. They have also won the Second Prize of National Science and Technology Invention Award, and a few of provincial and ministerial level science and technology progress awards. Additionally, the teachers of the Department are actively involved in teaching reform and research, and they have published more than ten monographs and textbooks. They have guided students to participate in various national science and technology competitions for many times, and have won many awards.

The Department of Environmental Science and Engineering

The Center is affiliated to the School of Environmental and Energy Engineering of Beijing University of Civil Engineering and Architecture, and is an important talent training base of the university. It was approved as the National Experimental Teaching Demonstration Center for Water Environment in 2013 and the National Virtual Simulation Experiment Center for Building Energy in 2015. The center mainly supports the experimental practice teaching of three national first-class majors and two Beijing Municipal first-class majors, and serves the practical teaching of 17 majors in six schools of the whole university.

There are 13 full-time teachers in the Center, including one professor and seven associate professors. The Center has edited seven textbooks and undertook more than ten scientific research projects at or above provincial or ministerial level. It has independently developed 70 sets of experimental teaching equipment, and has obtained more than 10 patents. There are nearly 200 experimental teaching projects, 55% of which are of comprehensive design and innovation. 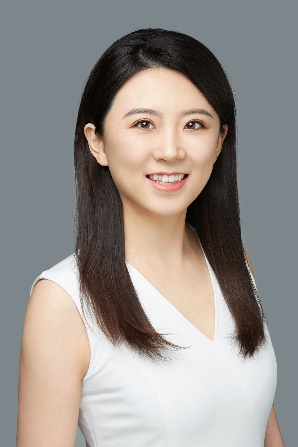