Beijing’s first Beijing Old City Protection & Regeneration Base, jointly built by BUCEA and Xinjiekou Subdistrict Office was officially established in Xicheng District on October 24. In response to problems and people’s demands in the protection and regeneration of the old city, the Base would set up two institutions, Laboratory for Serving the Functional Core Area of the Capital and New Cube Community Building Workshop, to conduct research and practice in carrying forward and protecting urban cultural heritage, organic renewal of historical neighborhoods and creating beautiful and livable communities, and to provide four types of services for residents: community building, cultural continuity, fine design and project research.

Cooperation: institute and region work together to explore the protection and regeneration of the old city

The newly established Beijing Old City Protection & Regeneration Base is located in Xinjiekou Subdistrict Exhibition Center. It was an important part of BUCEA’s Beijing Advanced Innovation Center for Future Design, an important initiative to implement ideas in General Secretary Xi Jinping’s speech on the conservation of Beijing’s old city and to precisely serve the implementation of the Detailed Regulatory Plan for the Functional Core Area of the Capital, and also an important practice to serve the “big goal” from a “small point” and write thesis that really reflects Beijing hutong. 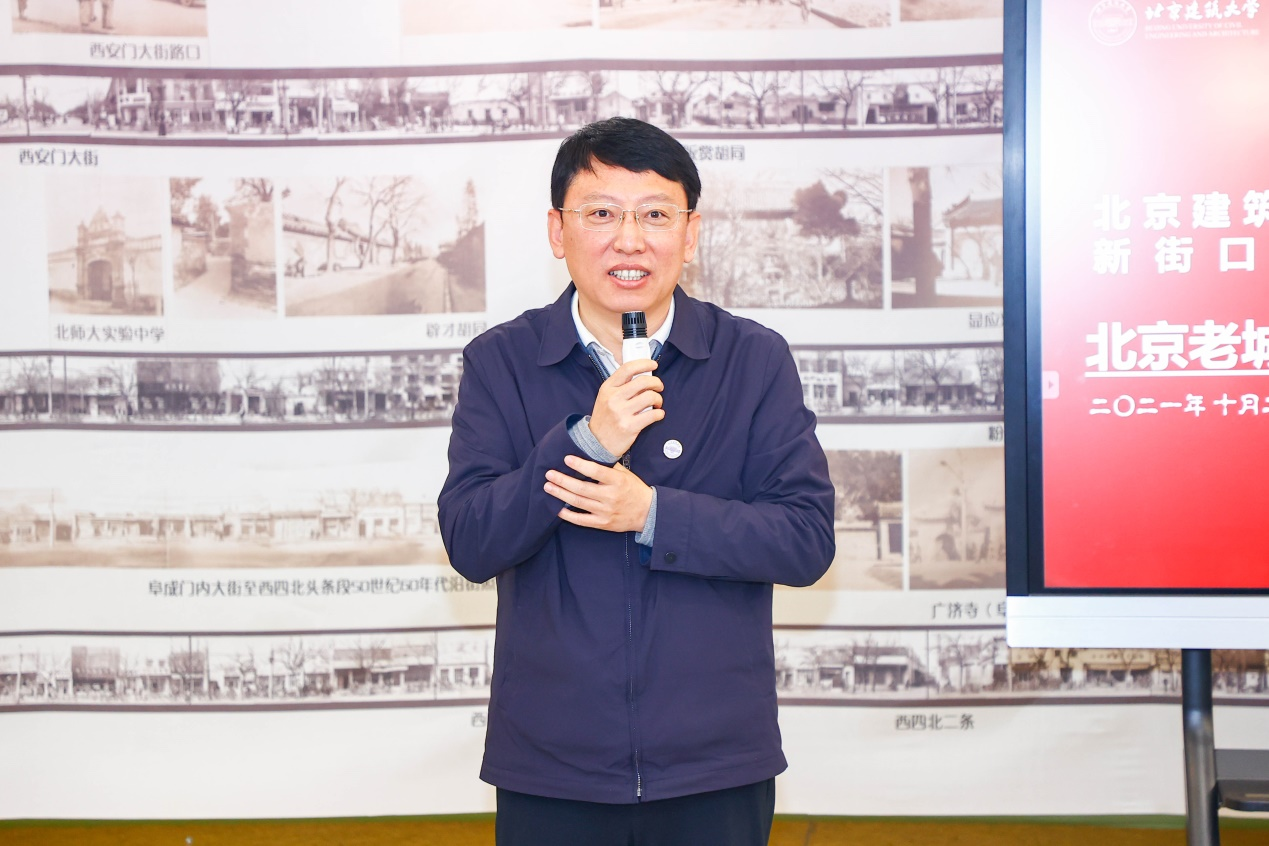 JIANG Zeting, Secretary of the CPC Committee of BUCEA, gave a speech at the event 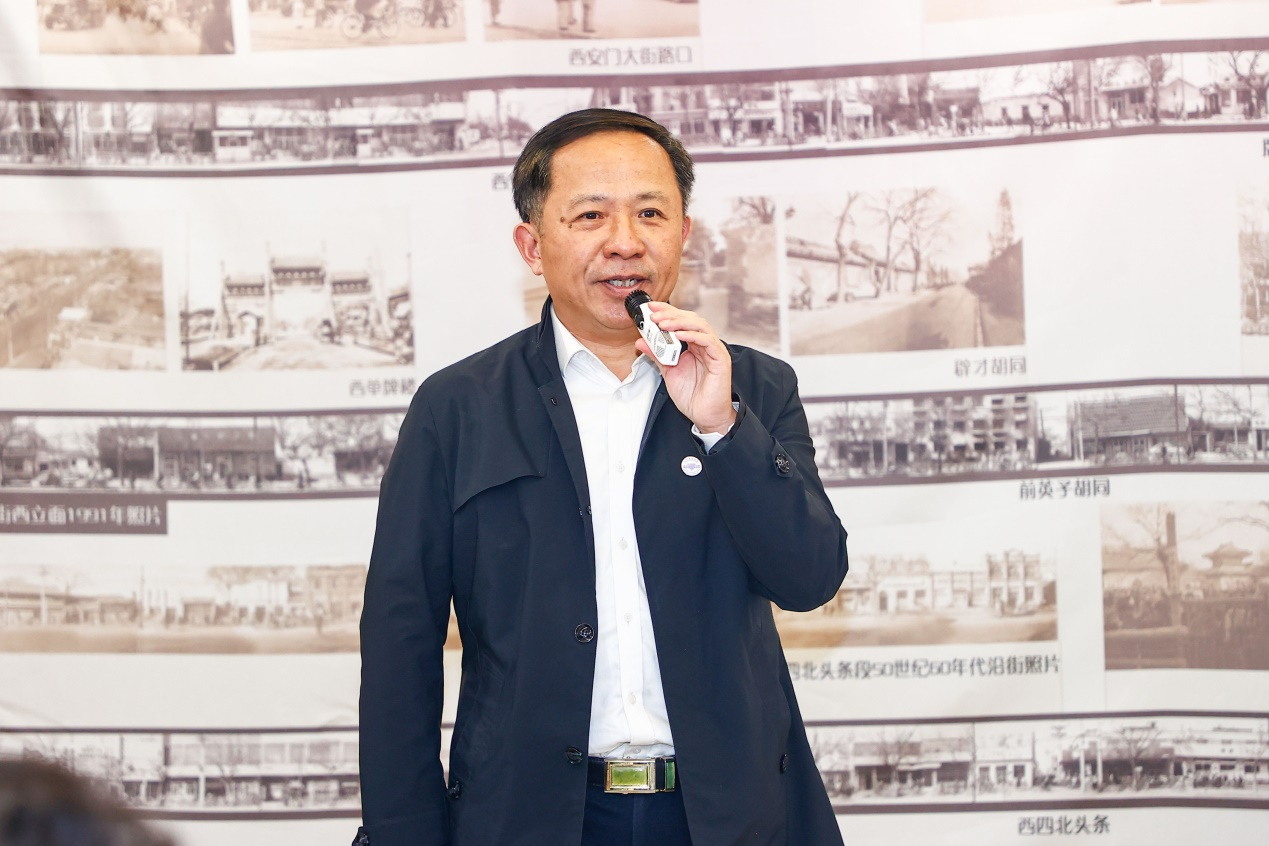 ZHANG Dayu, Deputy Secretary of the CPC Committee and President of BUCEA, gave a speech 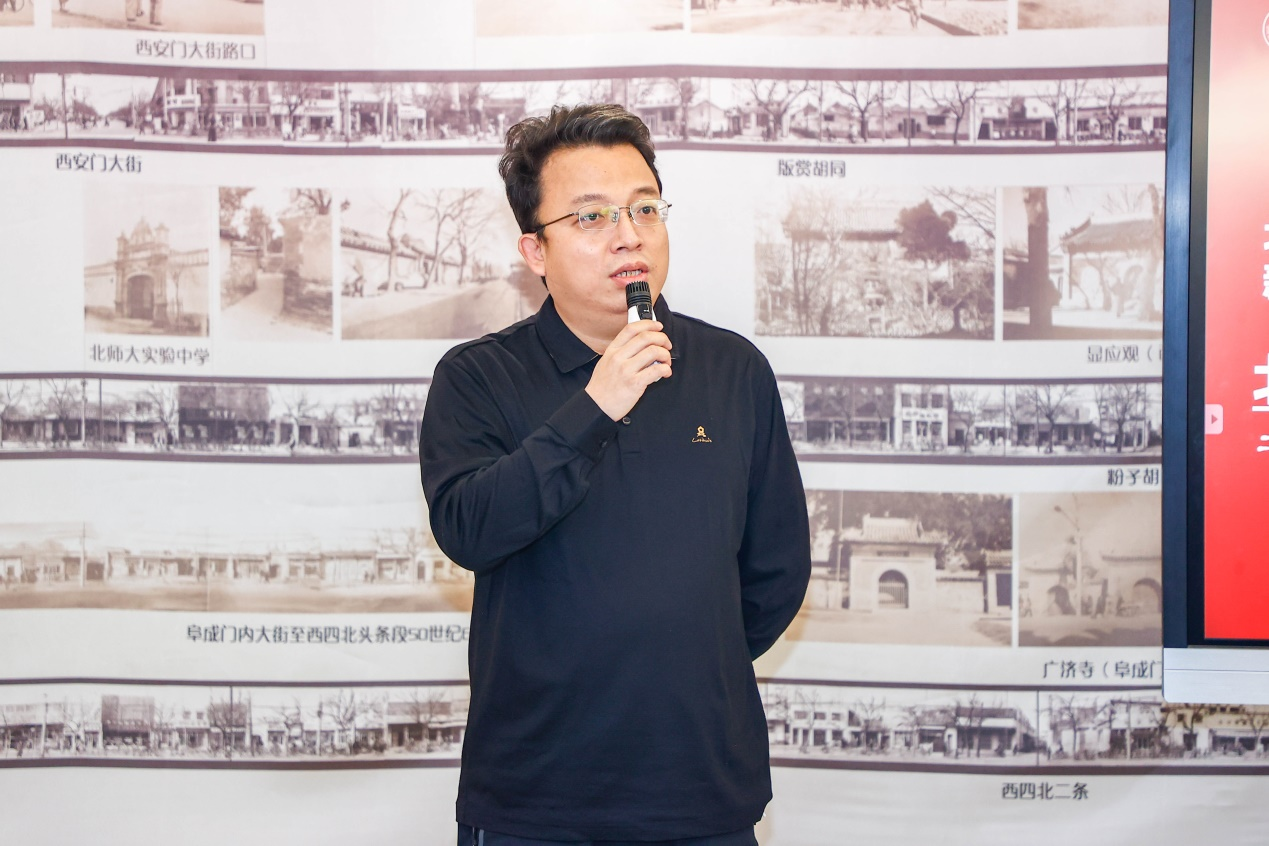 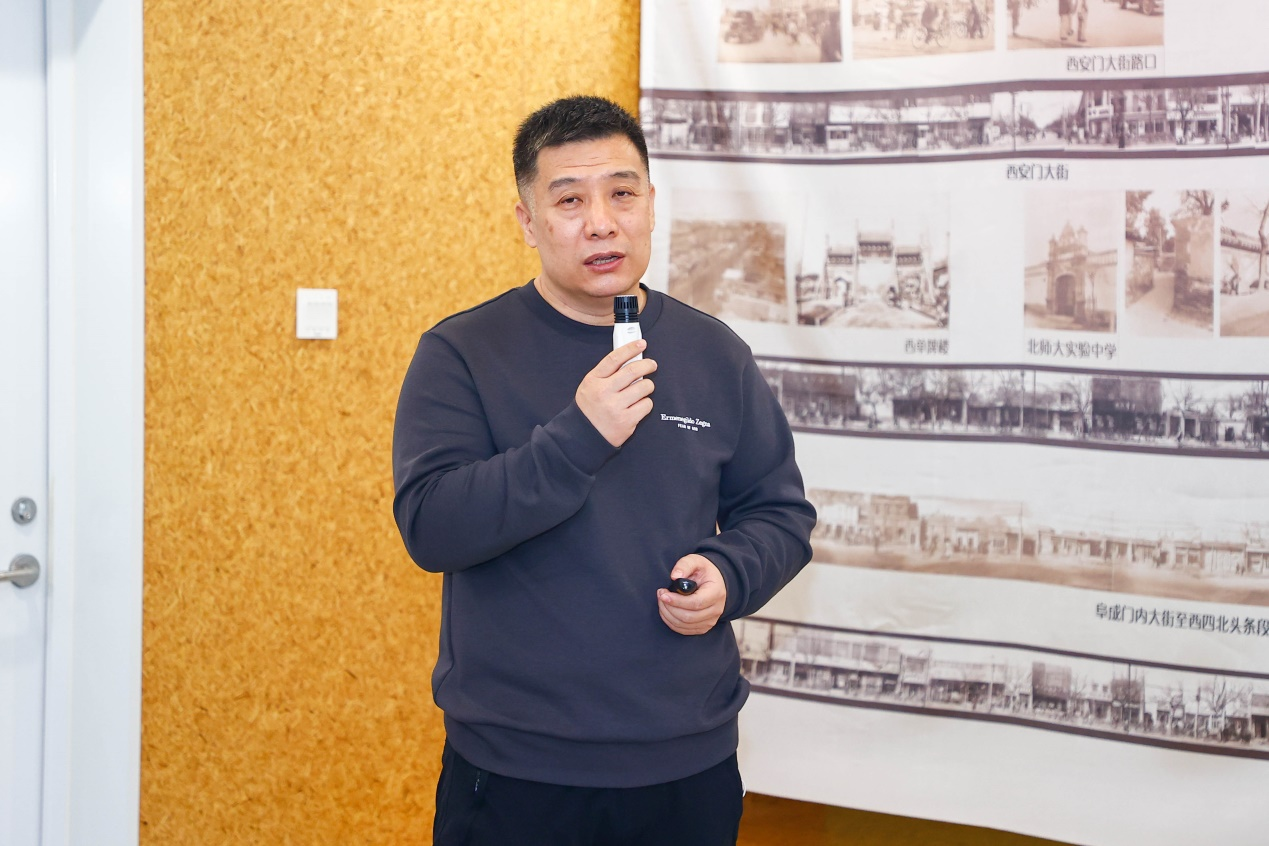 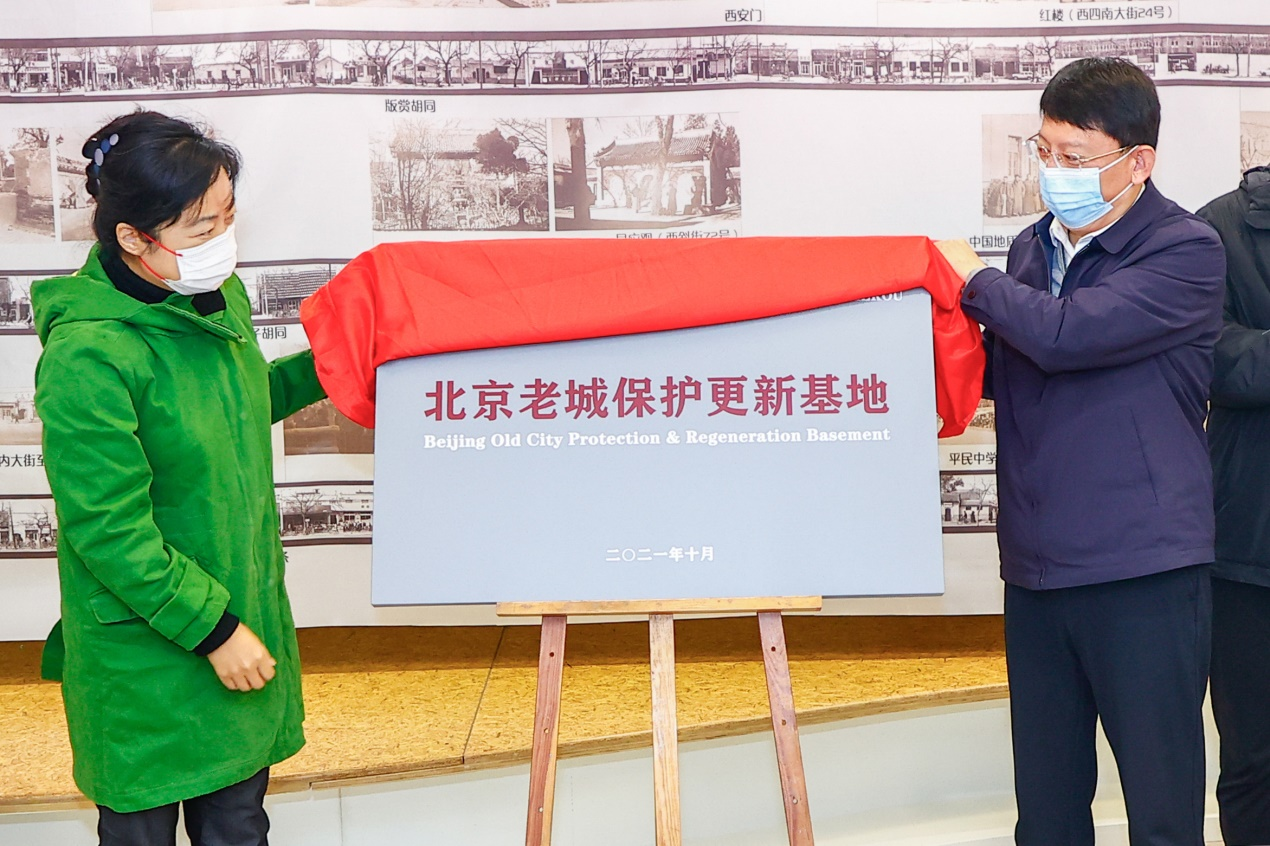 CHEN Zhaohui, Deputy District Mayor of Xicheng District, and JIANG Zeting unveiled the plaque for the Base 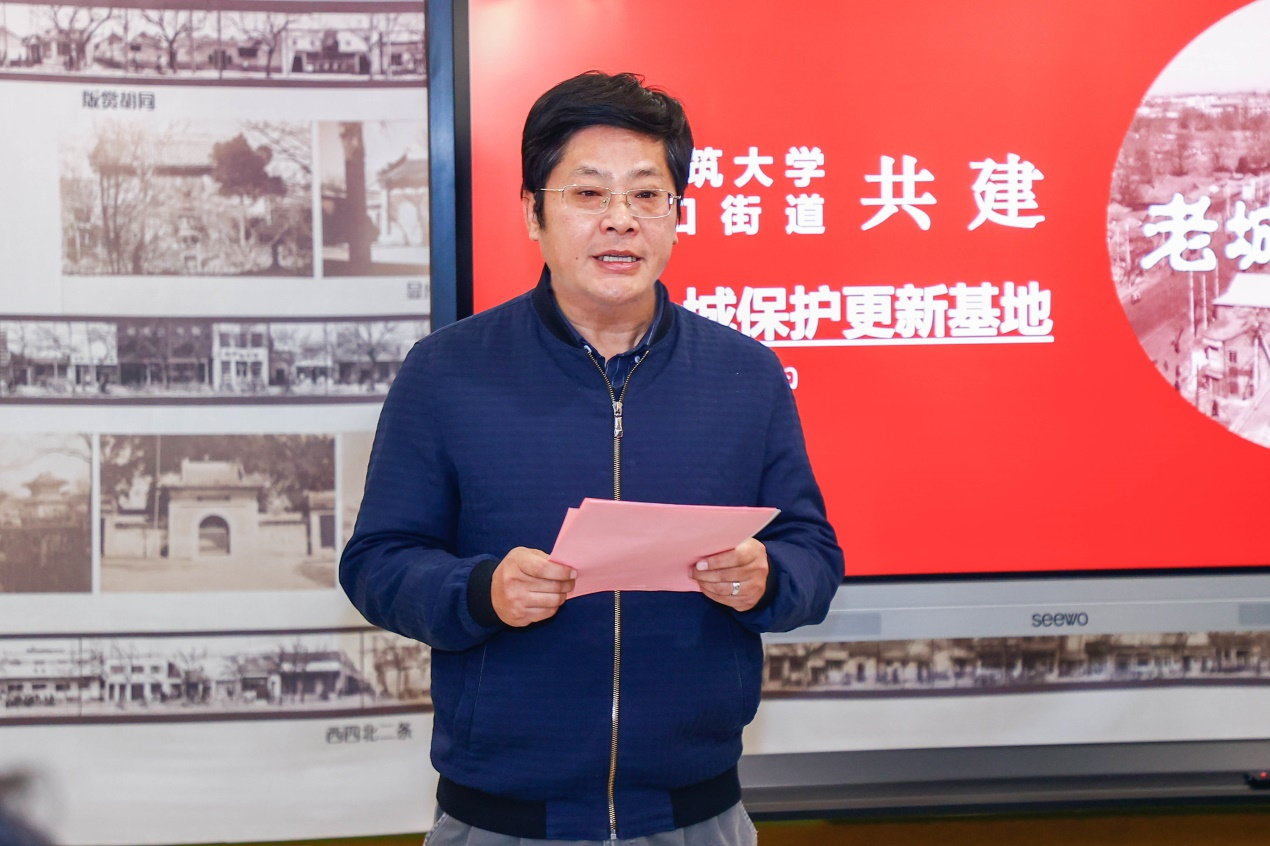 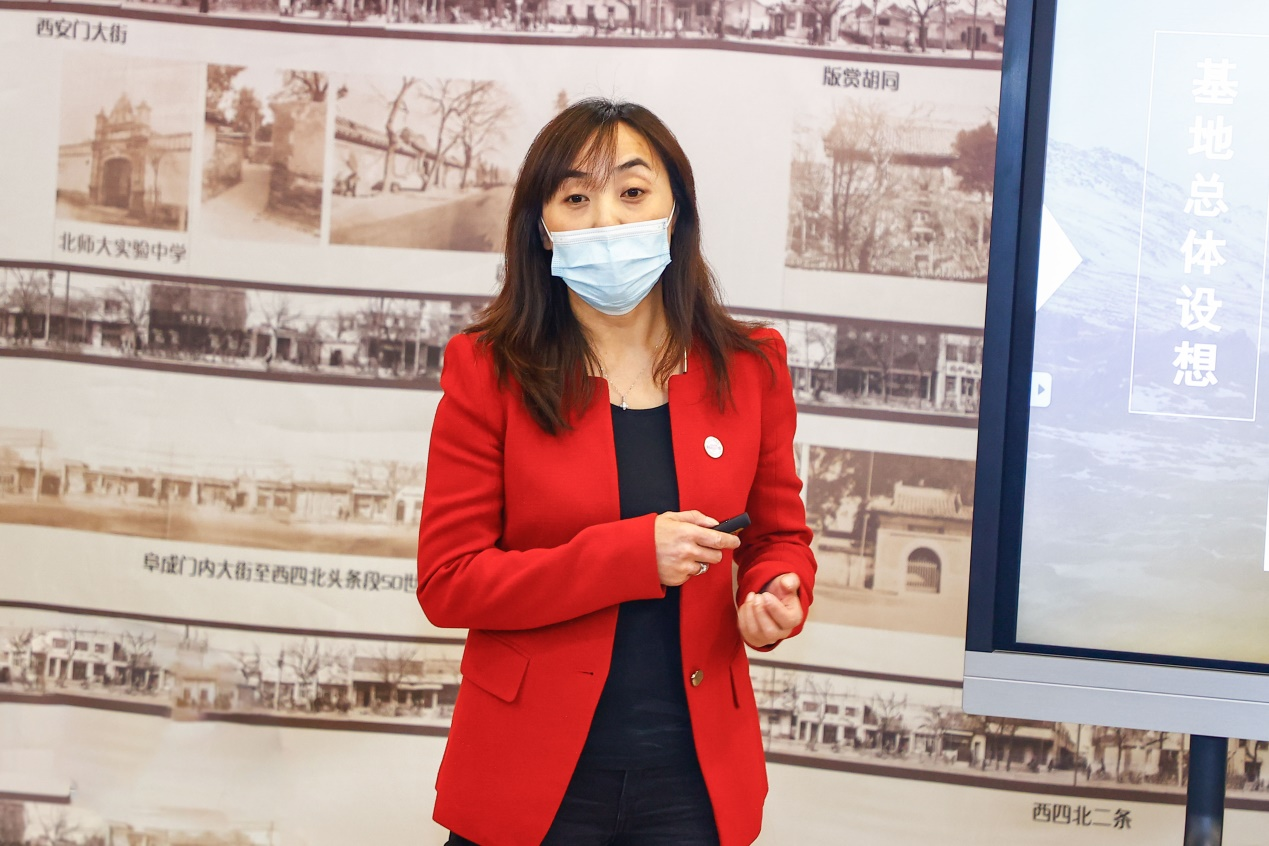 BUCEA had distinctive characteristics and advantages in architectural heritage protection, and was the first university in China to build a full chain of talent training system from undergraduate, graduate, doctoral to post-doctoral students in this field.

In recent years, BUCEA has built rich research and practical experience in protection and regeneration of the old city, and has undertaken more than one hundred research and practical projects, including quality improvement design of Shichahai Green Trail, reorganization and revitalization of Xisibei neighborhood, conservation planning and revitalization of Xuannan guild halls, renovation and improvement of Fuxiang Hutong in Nanluoguxiang, restoration and improvement of Sanlihe and its surroundings in Qianmen. Through the Big Life in Small Space — Residential Area Microspace Transformation, BUCEA had developed replicable solutions, experience and technical guidelines for renewal and transformation of urban public spaces, which had been promoted and applied in about 100 public space projects in Beijing. BUCEA had also set up the Beijing Urban Protection & Regeneration Institute, which focused on the major strategic needs of capital urban regeneration.

The Beijing Old City Protection & Regeneration Base would make good use of intellectual and professional advantages of universities to build a bridge between government and residents, conduct basic research and professional practice on problems and people’s demands in the protection and regeneration of the old city. Through mechanism development and project practice of joint consultation and construction, the Base would strive to comprehensively improve the environment and governance of Xinjiekou Subdistrict and the whole old city, support high quality development in the old city and build a city people are happy to live in.

The Base planned to establish two institutions: the Laboratory for Serving the Functional Core Area of the Capital and the New Cube Community Building Workshop. 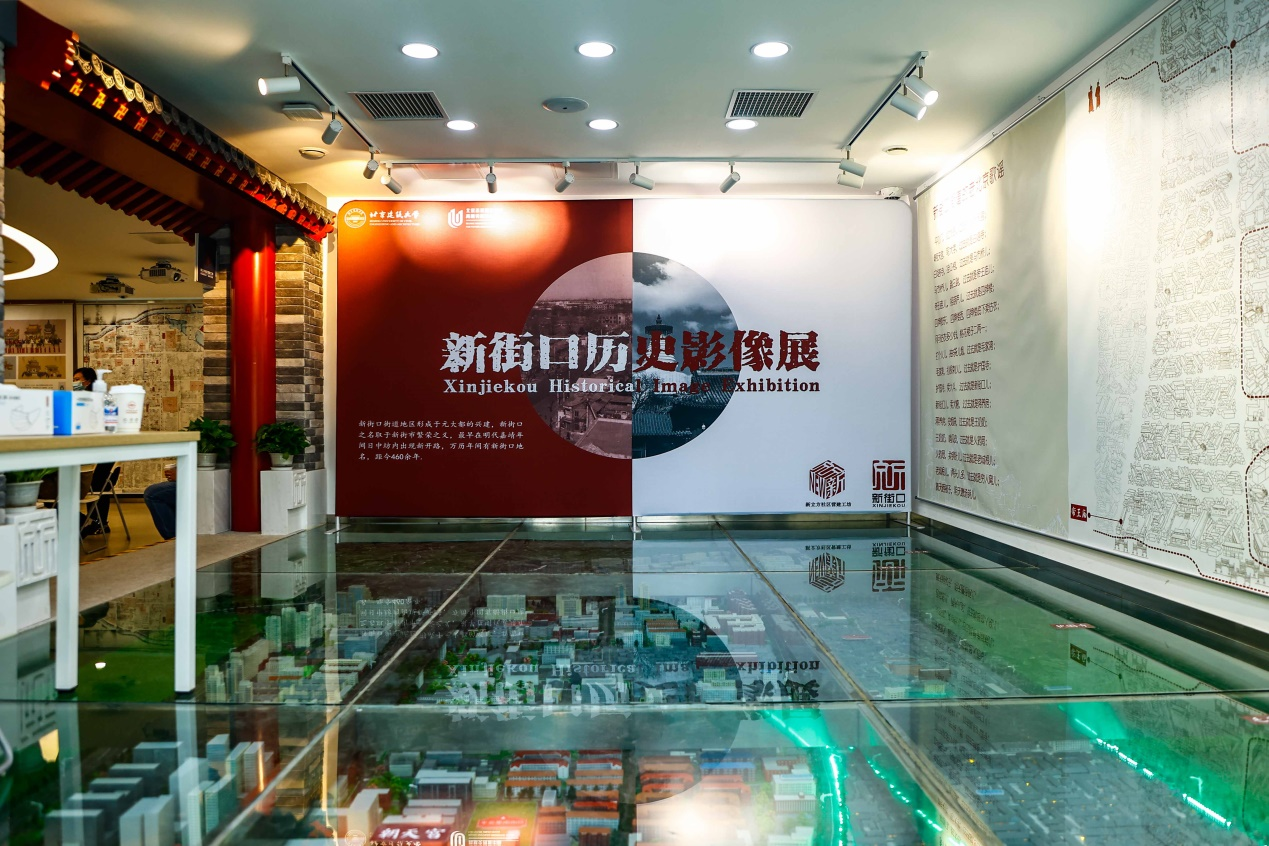 The Xinjiekou Historical Image Exhibition, jointly organized by BUCEA and Xinjiekou Subdistrict Office, was also opened to the public at the event. The exhibition consisted of seven parts, with the help of nursery rhymes, historical maps, old photos and videos, the exhibition recreated the nostalgic look of the old city. 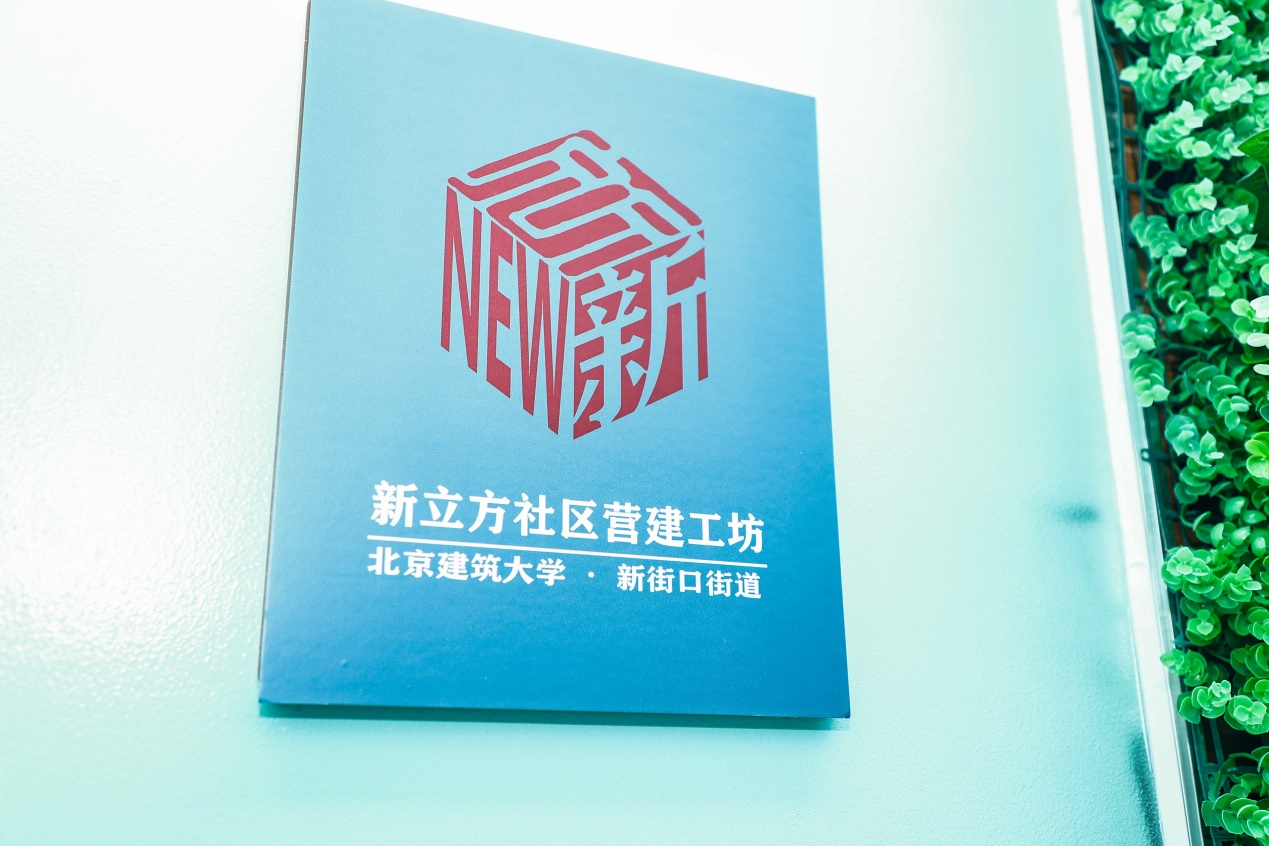 The Exhibition also featured a series of activities called “I do real work to help the people”. On that day, the New Cube Community Building Workshop and the BUCEA Student Photography Club took free portrait photos for senior residents in the neighborhood. 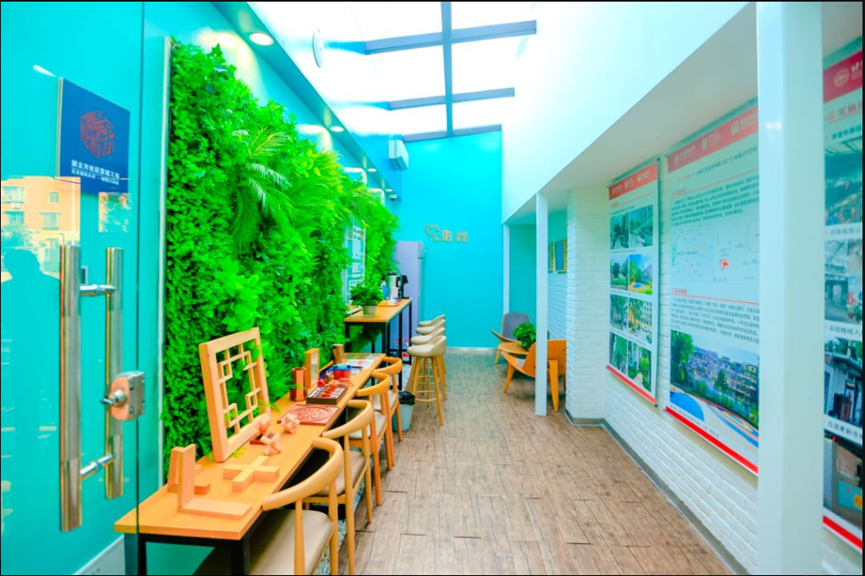 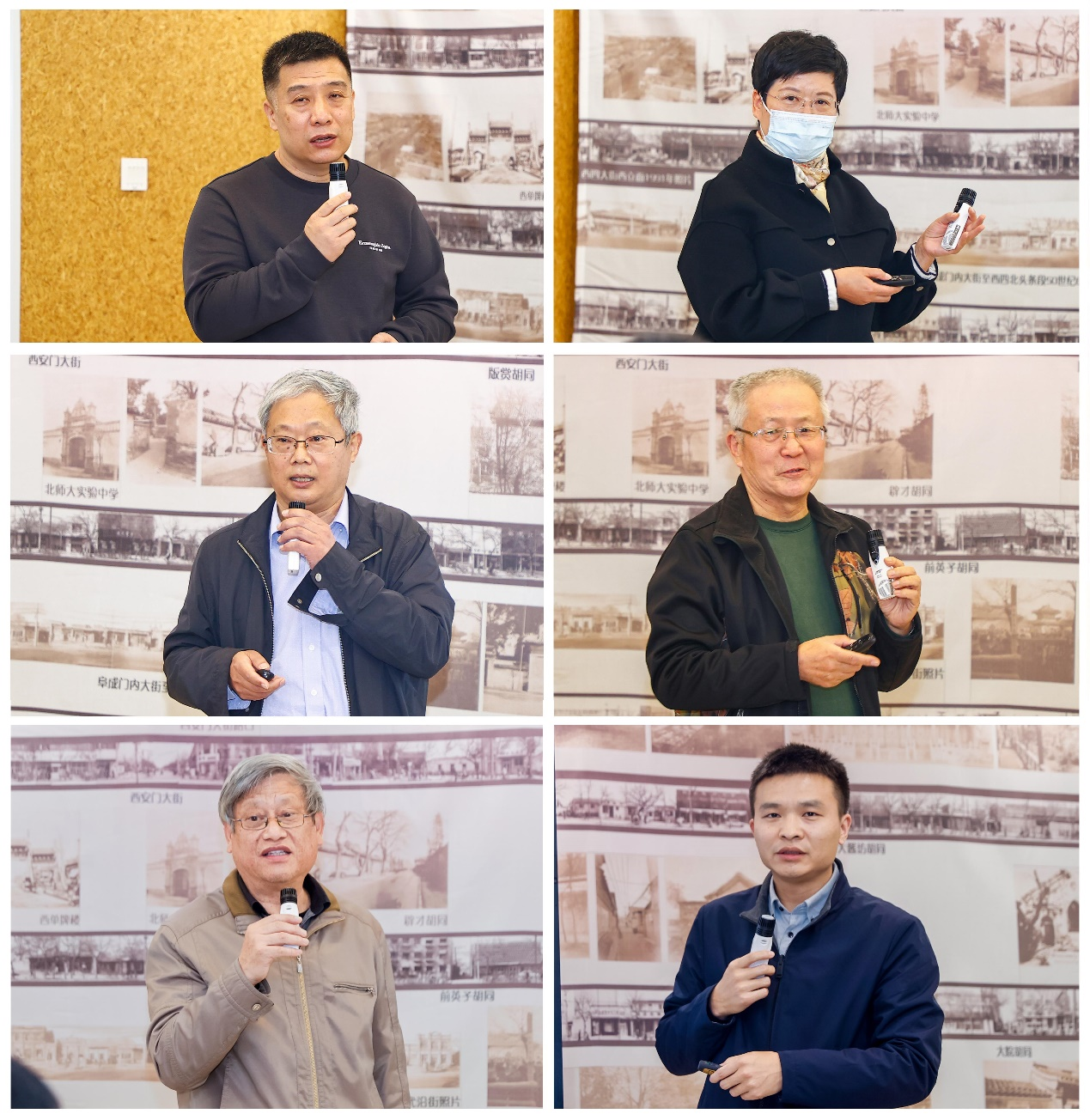