Recently, the China Association for Science and Technology held a working meeting of ISC-China, at which Prof. JIANG Jie was elected as Vice Chairman of ISC-China for a term from June 2022 to June 2025. 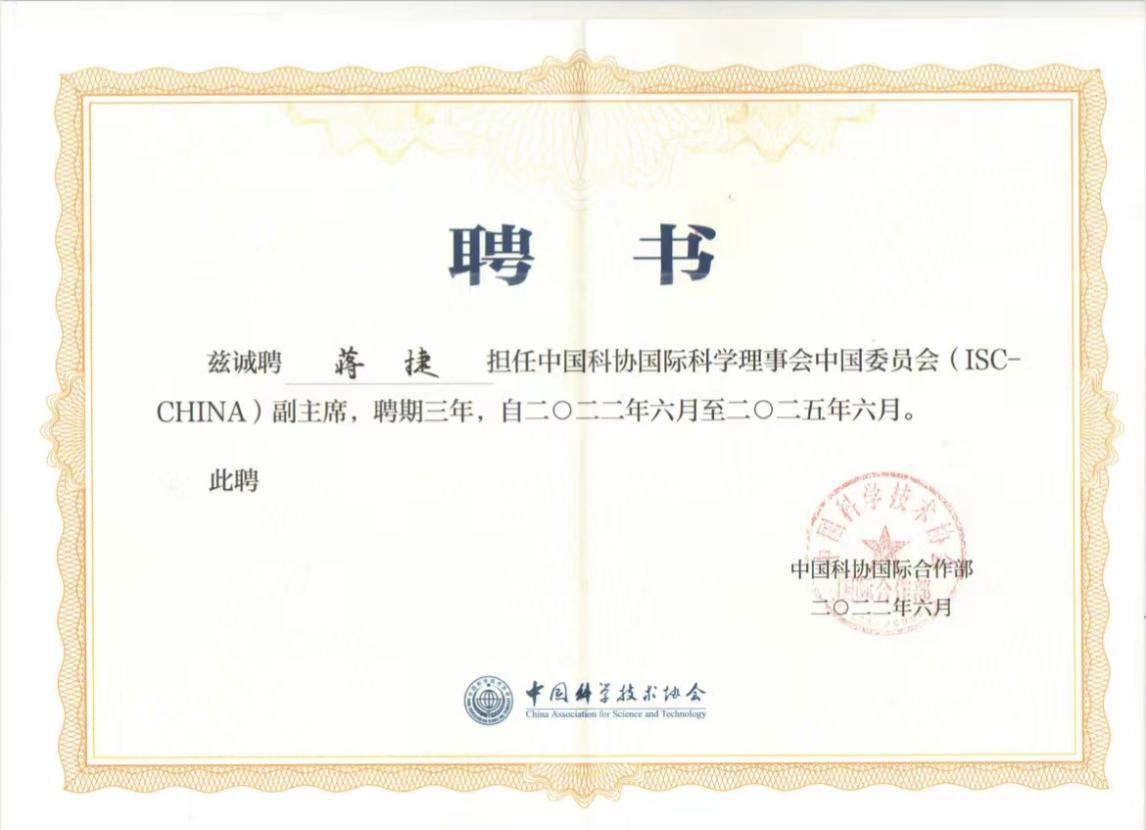 The former International Council for Science and the former International Council for Social Sciences merged into the International Science Council (hereinafter referred to as “ISC”). The ISC is not only a comprehensive scientific organization with the most extensive membership coverage and the completest range of discipline categories in the world, but also an international non-governmental organization with the greatest authority in the current scientific community. The vision of the ISC is science as a global public good and its mission is to act as the global voice for science with the greatest influence and credibility. At present, there are 41 Full Members in Category I, 147 Full Members in Category II, and 40 Affiliated Members in Category III at the ISC.

The China Association for Science and Technology represented the Chinese scientific community to join the ISC and established ISC-CHINA in 1997. ISC-CHINA aims to organize, coordinate, and promote the Chinese scientific community to participate in and undertake ISC-related activities in addition to enhancing international exchanges and cooperation between relevant organizations and institutions in China and at ISC via the platform of ISC; to study major issues in connection with China in ISC’s organizations and institutions, as well as their activities; to train, select, and recommend Chinese technological professionals in the field of natural and social science to take offices at ISC and its affiliated institutions. Currently, the members of ISC-China are mainly Chinese scientific professionals serving at the relevant member units of ISC.