Prof. JIANG Jie of BUCEA elected as the Secretary General of ISPRS

On June 8, 2022, at the XXIVth ISPRS Congress, Prof. JIANG Jie of Beijing University of Civil Engineering and Architecture (BUCEA) was elected as the Secretary General of ISPRS for the term from 2022 to 2026 on the recommendation of the Chinese Society for Geodesy, Photogrammetry and Cartography (CSGPC).

International Society for Photogrammetry and Remote Sensing (ISPRS) is a 112-year-old non-governmental organization aiming to promote the development, application and cooperation of international photogrammetry and remote sensing. As an international organization with great influence in the field of international photogrammetry, remote sensing and geographic information science, it currently has 92 national member organizations, 13 associate member societies, 14 regional member associations and 58 sustaining members. The CSGPC is an ISPRS National Member representing the surveying and mapping community in China and has been actively engaging in ISPRS’s affairs for many years, which has greatly promoted the exchanges between Chinese experts, scholars and technicians and their international counterparts, making positive contributions to the development of ISPRS. BUCEA is one of the sustaining members of ISPRS. 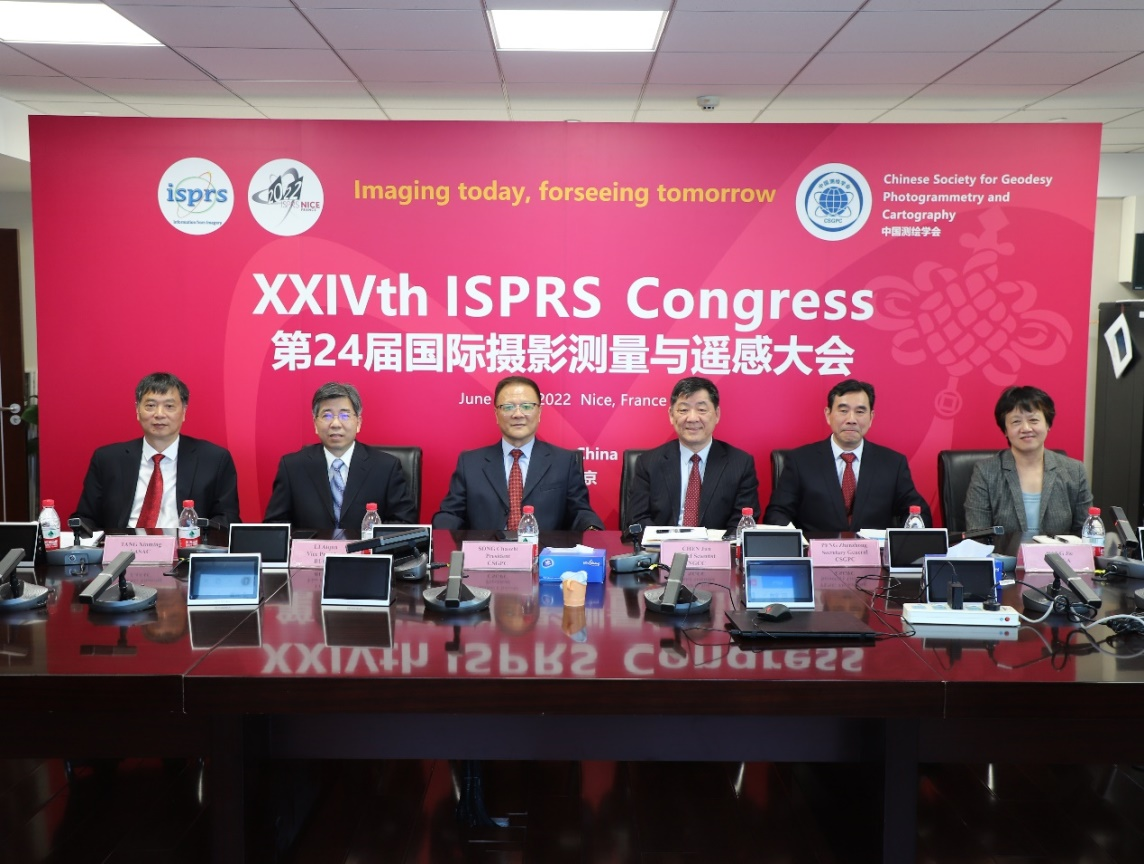 A delegation from the CSGPC attending the ISPRS Congress (from left to right: TANG Xinming, Chief Engineer of the Land Satellite Remote Sensing Application Center of the Ministry of Natural Resources; LI Aiqun, Vice President of BUCEA; SONG Chaozhi, Chairman of the CSGPC; CHEN Jun, Academician of the Chinese Academy of Engineering; PENG Zhenzhong, Secretary General of the CSGPC; and JIANG Jie, Professor of BUCEA). 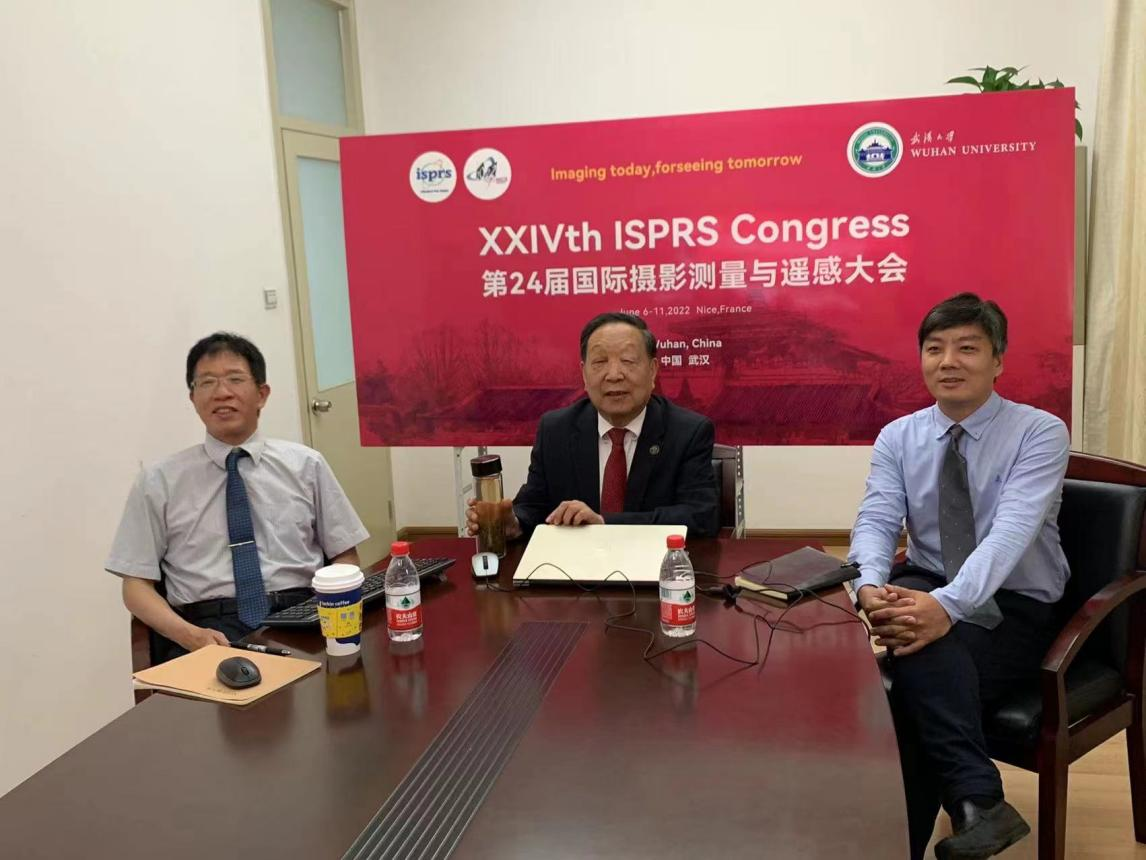 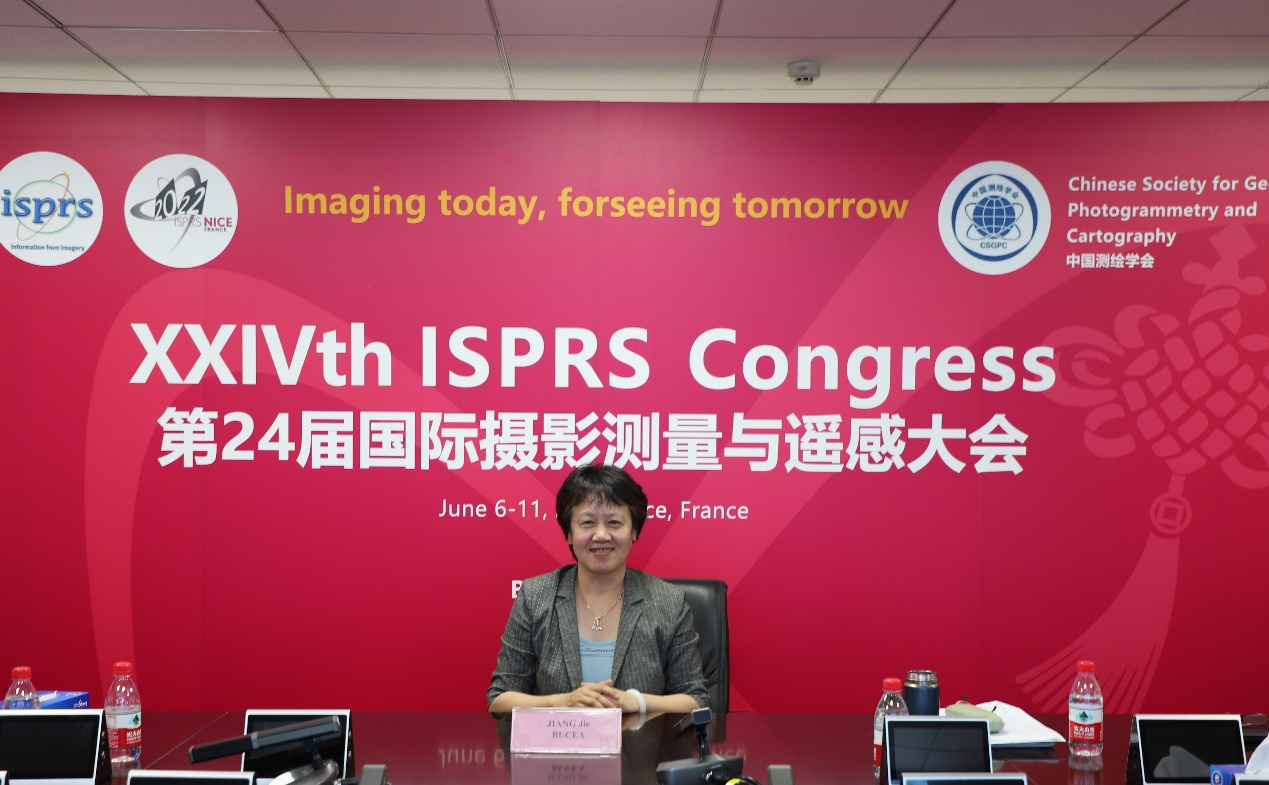 Prof. JIANG Jie elected as the Secretary General of the ISPRS.

JIANG has served in ISPRS since 1998 and successively as the Secretary of the Working Group and the Technical Commission, the Executive Chair of the Academic Committee of the General Assembly and Head of its Working Group, a member of the International Scientific Advisory Board, the President of the Technical Commission. She is also the recipient of the Eduard Doležal Award and President’s Honorary Citation Award of ISPRS, and was elected as the ISPRS Fellow in 2016. Considering her long-time experience in ISPRS and high peer recognition, the CSGPC nominated JIANG Jie to ISPRS for the position of Secretary General of ISPRS with the approval of the Ministry of Natural Resources.