Organized by the Beijing Municipal Education Commission and the Municipal Sports Bureau, the 59th Student Track and Field Games of Capital Colleges and Universities was held in Tsinghua University from the 13th to 16th of May, and attracted almost 1400 athletes from 64 institutes of higher education in Beijing to compete for the medals. After rigorous training and through layers of selections, 30 of the finest athletes from our track and field team were chosen to represent BUCEA. Four days of intense competition later, BUCEA proudly ranked No. 1 for group B men’s and women’s team events, No. 1 for group B men’s team events, and No. 2 for group B women’s team events, and managed to keep thewinning streak alive for the men’s and women’s team and men’s team in 15 years. For individual events, 16 BUCEA athletes have won a total of 8 gold medals, 5 silver and 5 bronze, along with other placings. In particular, the ladies have once again taken home the first and second runners-up for the women’s heptathlon. 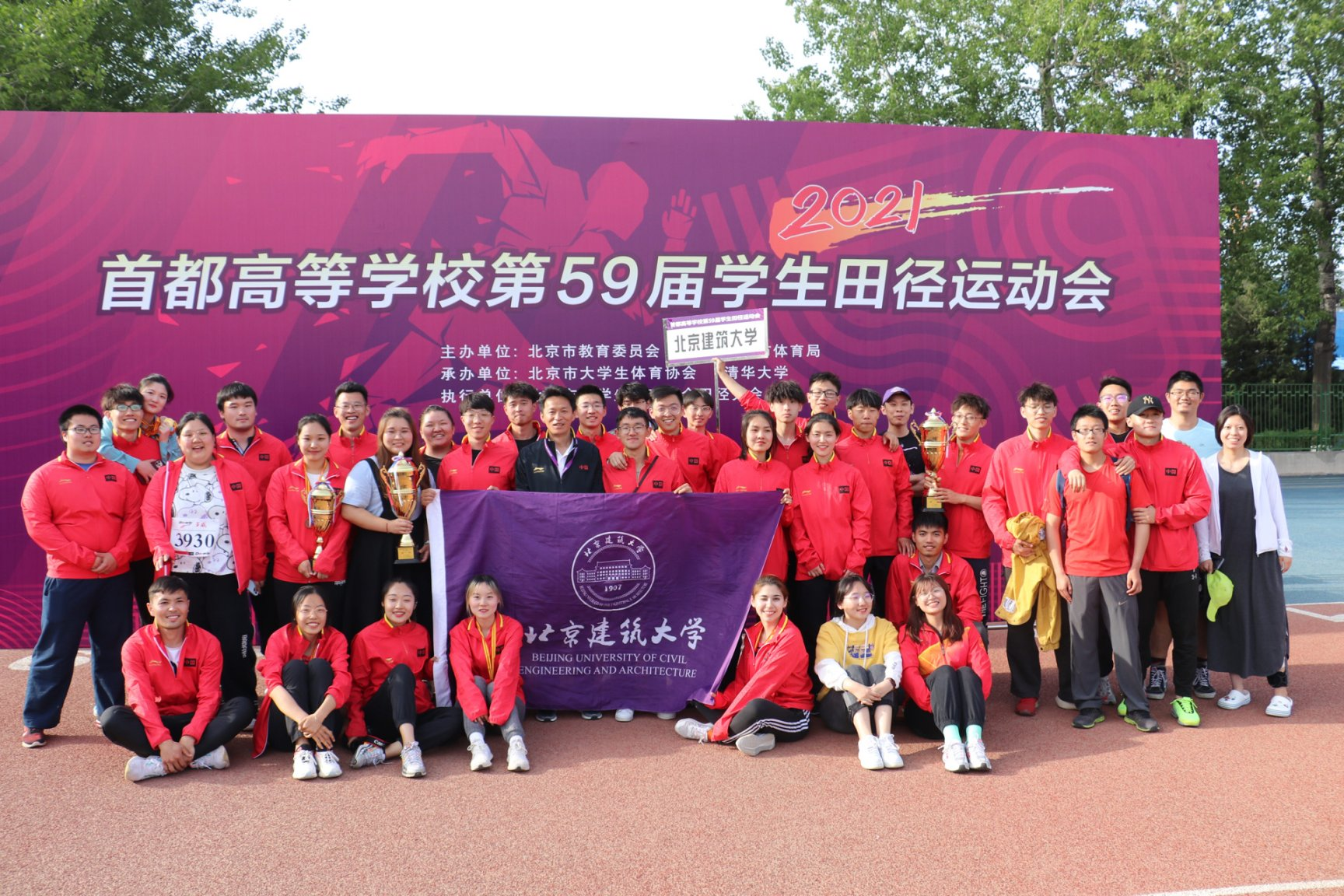 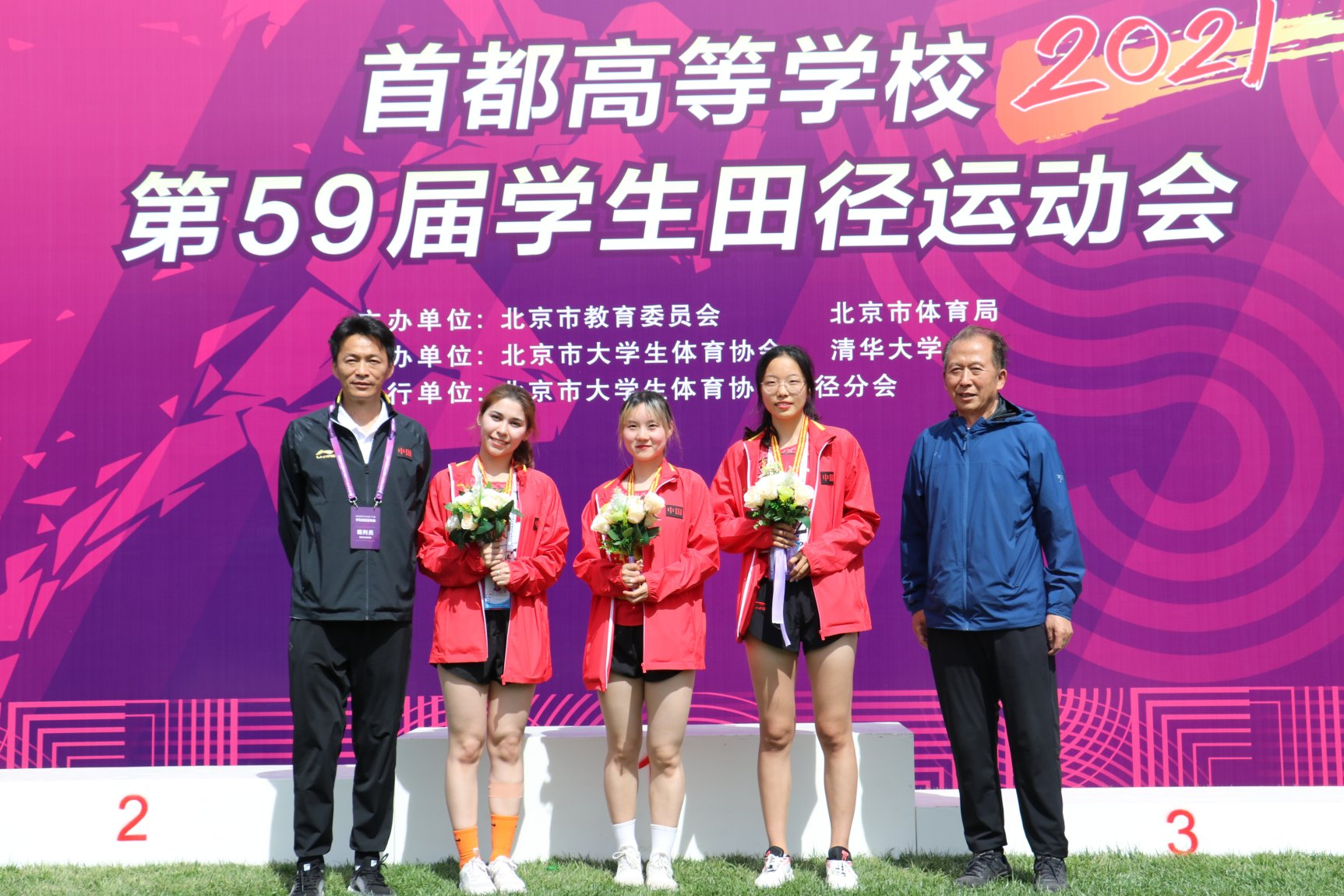 “It has been my third year competing in the Games since I entered college, and I’m thrilled to have won the first place. Sports and exercise have given me better physical conditioning, kept my energy up, and that’s helping me study better,” said Ahejiali Gongnaisbek, a senior from BUCEA’s School of Geomatics and Urban Spatial Informatics who won the first place in group B men’s decathlon. The competition was especially tense and neck and neck, and you can bet our athletes have strained all their might on the fields and never slacken their efforts. LI Mengyuan, from class 195 of Master’s Program in Architecture, the School of Architecture and Urban Planning fell during the 400 meters hurdles, but he quickly stood up and continued, not one bit slowed because of his injury. Later, he shared this experience on his WeChat Moments and concluded that “mistakes and accidents are also part of a race, you’re not out if you fall, but you will be if you don’t get up.” Yilifeina, from class 182 of Program in Construction Cost, the School of Urban Economics and Management had just finished her 800 meters in the heptathlon event. With a torn Achilles tendon and swollen calves, after a mere thirty-minutes rest, she showed up at the tracks as the first runner of the Women’s 4 x 400 meters relay and helped her team secure a good placing. Under the unyielding hard work of all the athletes and coaches, BUCEA placed No. 1 in the group B Men’s and Women’s team events with 52.5 points in total, and awed everyone present with a 15th winning streak. 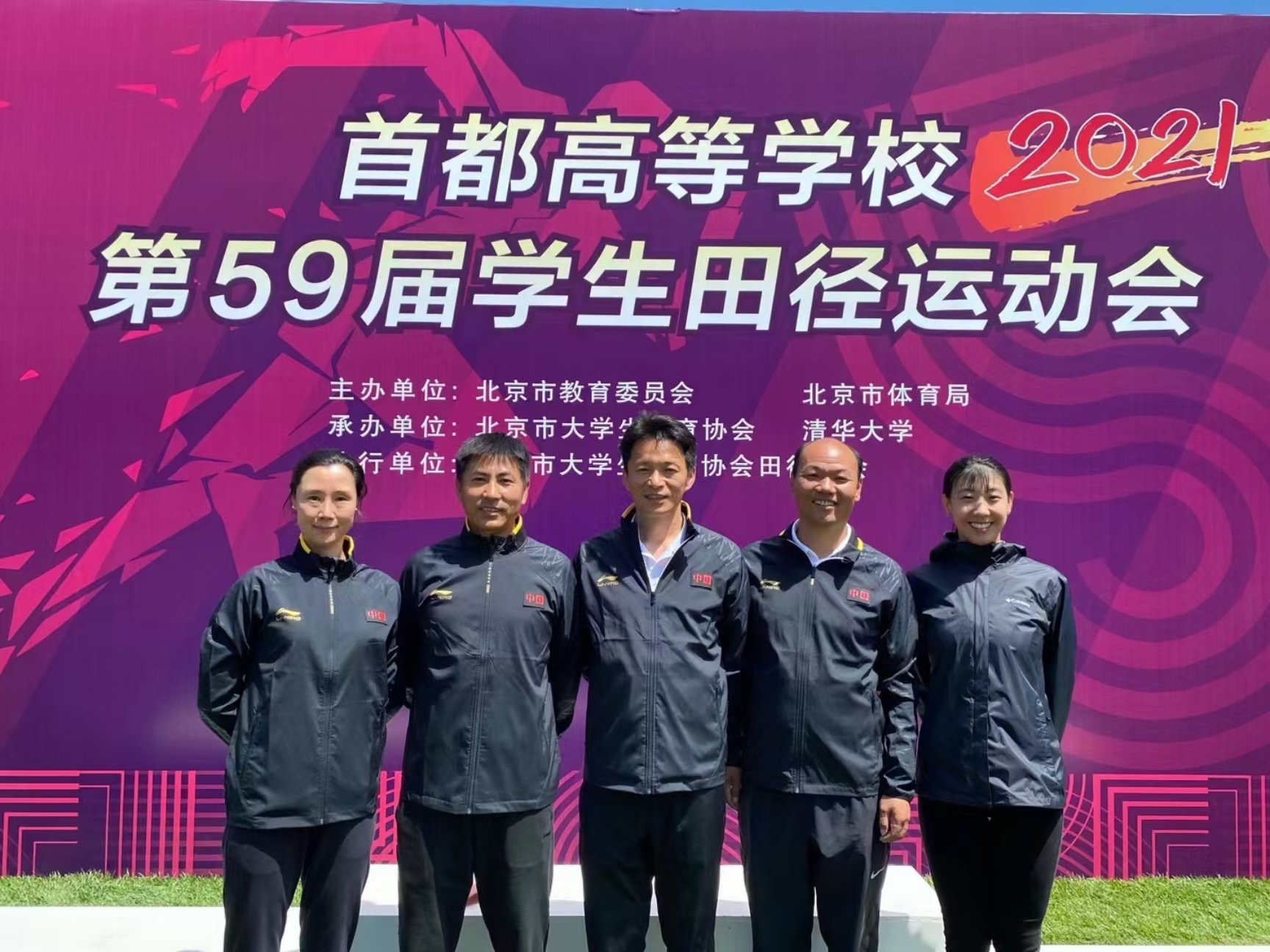 Four days of competition have borne witness to the determination and indomitable spirit that burns in our track and field athletes. It is also a period for achieving self-breakthrough, displaying BUCEA’s unity, cohesion and progressing as a big family. BUCEA might not be renown for the strongest players, but its athletes certainly have shown the greatest solidarity. On the tracks, our athletes supported, encouraged and cared for one another; off the tracks, our coaches were busy offering help, either to instruct this athlete, or cheer up for that one. Fighting for the shared goal of that 15th winning streak, BUCEA athletes spared no efforts, pushed themselves to go beyond the self, and did not give in to the injuries that they had. Thanks to those efforts, a historic breakthrough is finally recorded!