Professor QI Jilin and Professor WANG Yanxue of BUCEA were named Highly Cited Chinese Researchers in civil engineering, according to a list recently released by Elsevier on April 22. 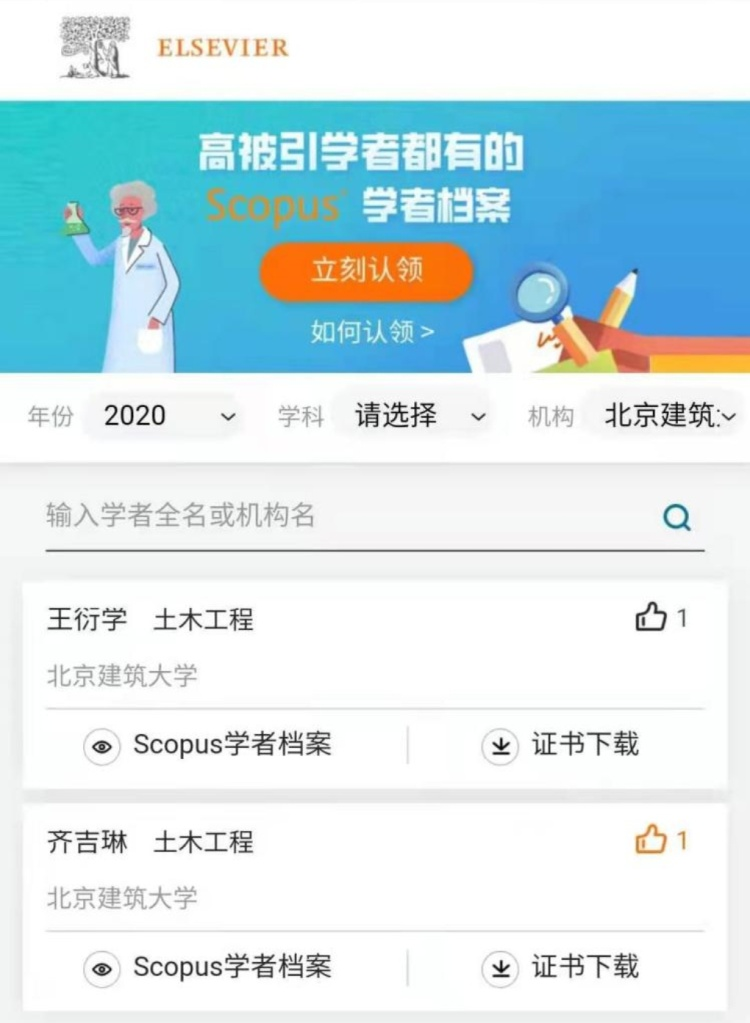 The listing of Professor QI Jilin and Professor WANG Yanxue has significantly enhanced the international academic influence of BUCEA in the field of civil engineering. Elsevier has been releasing the “Highly Cited Chinese Researchers” annually since 2015, which has won increasing attention across global research arena. Statistics have shown that 4032 Chinese scholars from 373 academic institutions were named on the 2020 list covering 10 disciplines including philosophy, economics, law, education, literature, science, engineering, agriculture, medical sciences and management sciences, and 84 first-level disciplines. 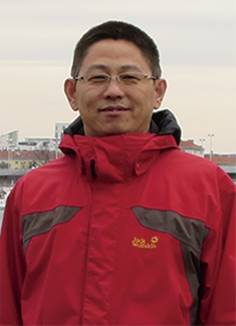 Professor QI is the Deputy Dean of the School of Civil and Transportation Engineering, BUCEA. His research interests lie in geotechnical engineering, and he teaches Soil Mechanics, Engineering Geology and Foundations, Advanced Soil Mechanics and other courses. Professor QI is the author of more than 120 academic papers, of which more than 70 are included in SCI and EI, 30 papers included in SCI as the first author and corresponding author, which are cited by SCI for more than 1100 times with an H factor of 20. He has also headed more than 10 scientific research projects, including 4 general projects of National Natural Science Foundation of China, 2 sub-projects of National Natural Science Foundation of China, 1 sub-project of EU FP7, and 1 key project of Beijing Natural Science Foundation of China. Professor QI has been honored with 2 important science and technology awards, including 1 Gansu Province Science and Technology Progress Award and 1 China Highway Society Special Prize. He is named the “Hundred Talents Program” of the Chinese Academy of Sciences and “High-level Talents” of Beijing municipal universities. He also works as a standing member of the Unsaturated Soil and Special Soil Committee of the Soil Mechanics and Geotechnical Engineering Branch of the Chinese Society of Civil Engineering, a member of the Geotechnical Mechanics Committee of the Chinese Society of Mechanics, and a member of the Underground Space Branch of the Chinese Society of Rock Mechanics and Engineering. Professor QI also works as Associate Editor of Cold Regions Science and Technology, Editorial Board Member of Acta Geotechnica and Glaciology and Geocryology. 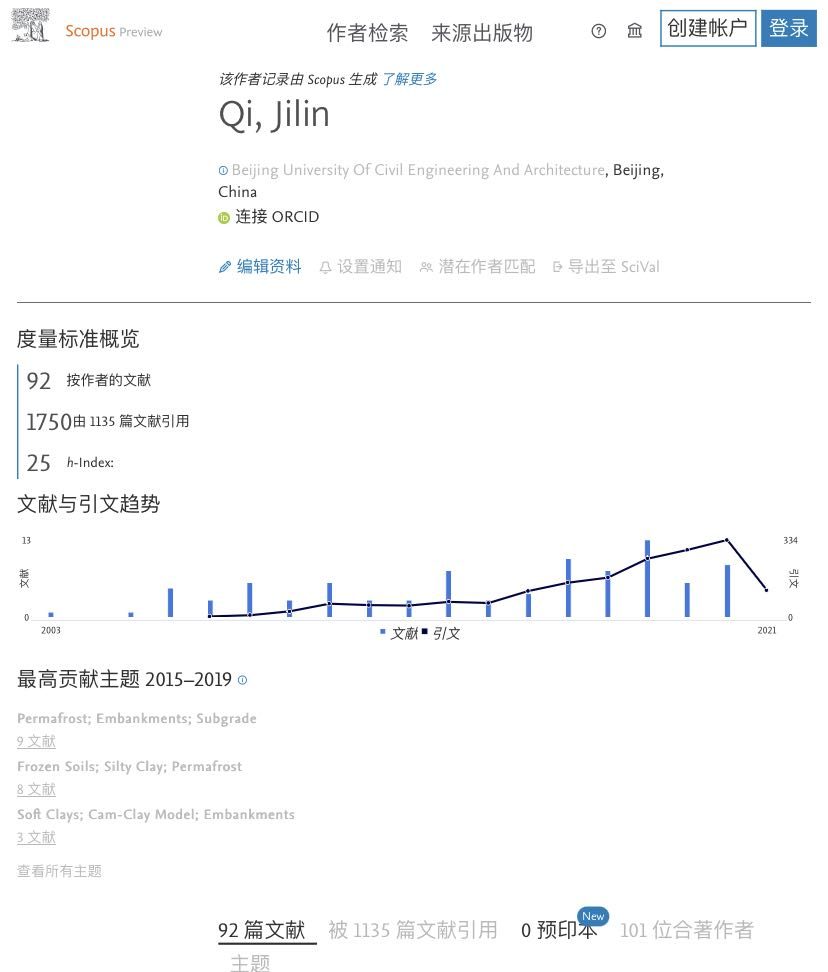 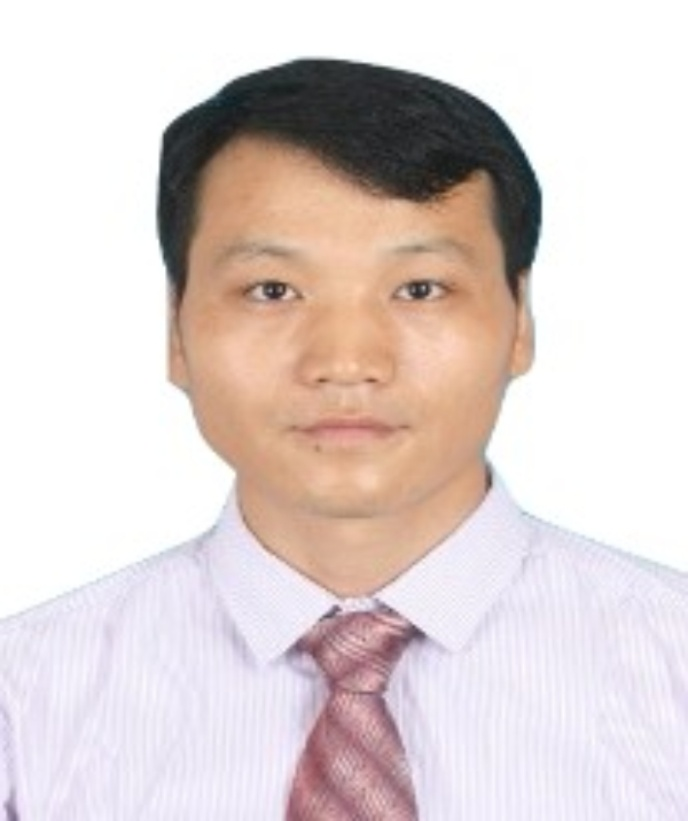 Professor WANG is the Deputy Dean of the School of Mechatronics and Vehicle Engineering, BUCEA. 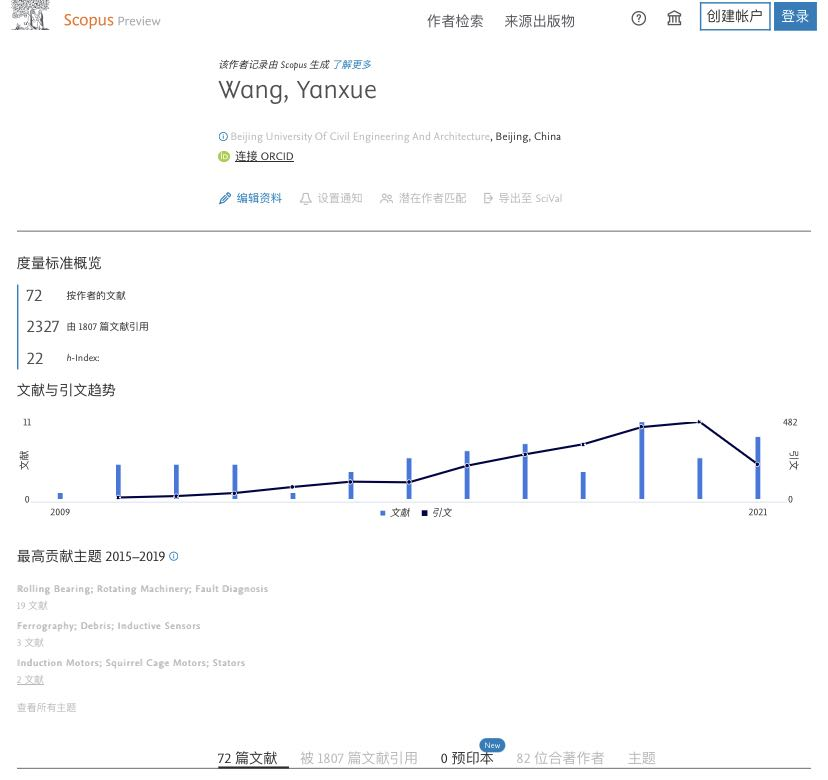 Elsevier 2020 Highly Cited Chinese Researchers is based on the citations of publications tracked by Scopus, the largest abstract and citation database of peer-reviewed literature, and adopts the method developed by Shanghai Ranking Consultancy.

The list ranks the research performance of Chinese scholars based on the following factors:

1. Scholars including non-Chinese, who publish their academic papers included in Scopus with the affiliation as an institution in Mainland China, and who work in a Chinese institution.

2. Only the academic papers by the above-mentioned scholars as the first author or corresponding author (including journals, conferences and monographs) shall be counted.

3. The academic papers of the above-mentioned scholars are classified according to the first-level discipline classification system of Scopus and the Ministry of Education. The number of scholars in each discipline listed is related to the number of Chinese authors in Scopus's list in that discipline.

4. The above-mentioned scholars (first author or corresponding author) in the list should meet the following requirements:

2) The total number of citations of the included papers reaches the threshold value of their field;

3) At least one paper ranked global top 1% by citations, or the overall FWCI of their papers as the first author or the corresponding author to higher than 1.