BUCEA Initiates the Establishment of Joint Innovation Center for Carbon Neutrality to build Pools of Carbon-neutral Technologies, Experts an 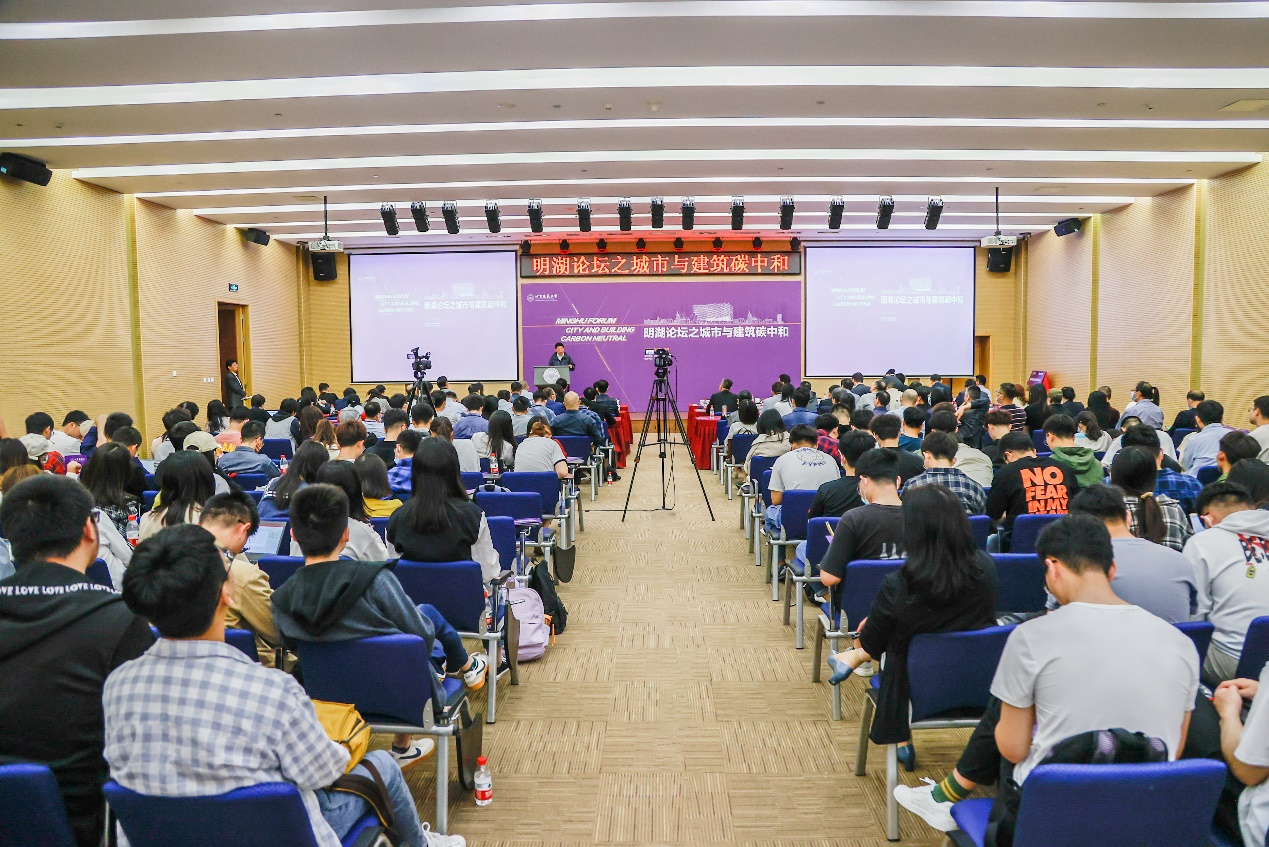 The newly-established Joint Innovation Center for Carbon Neutrality was unveiled to the public for the first time at the fourth Minghu Forum on the theme of “City and Building Carbon Neutrality” held by BUCEA on May 12. The center will focus on building three pools of carbon-neutral technologies, experts and featured projects. It will also draw up blueprints for the development of carbon-neutral technologies to be applied in architecture, transportation, environment and management. 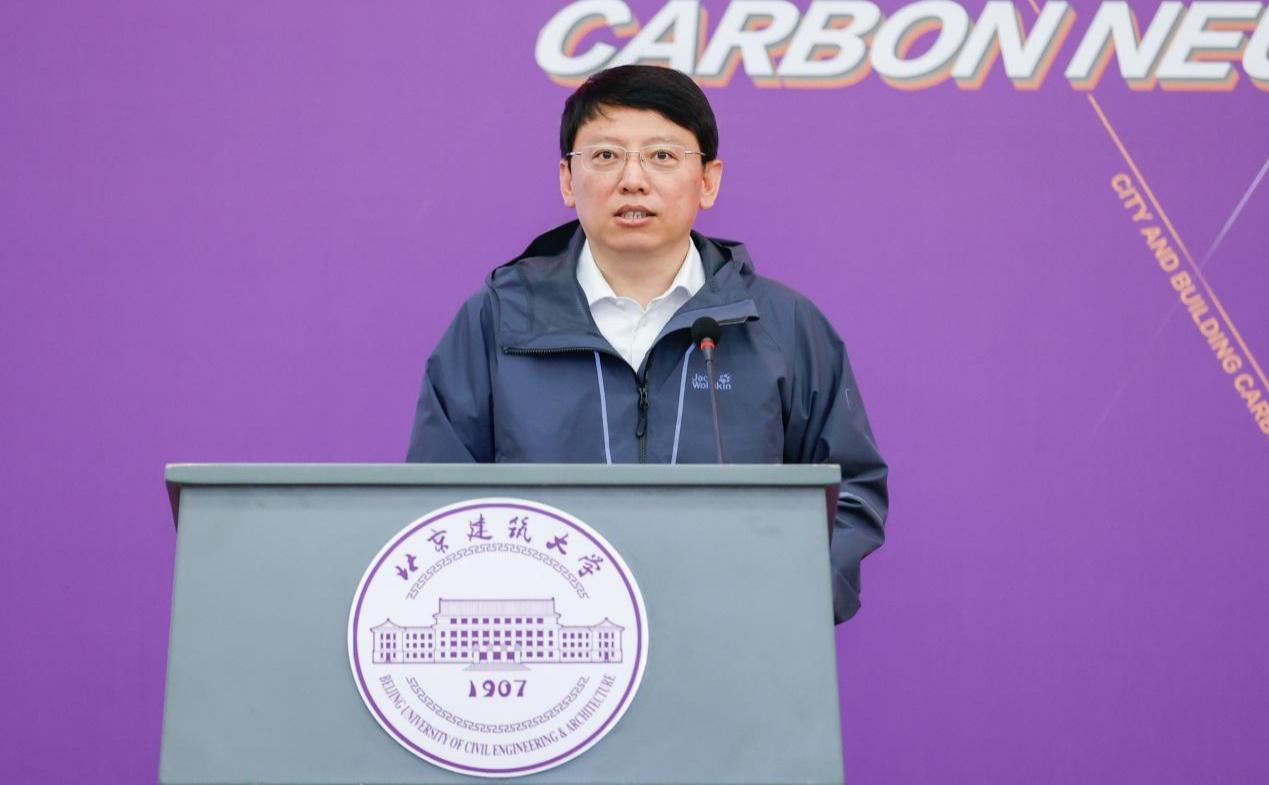 Secretary JIANG Zeting extended warm congratulations on the establishment of the Joint Innovation Center for Carbon Neutrality. He said, General Secretary XI Jinping made a solemn commitment to the international community in the general debate of the seventy-fifth UN General Assembly, put forward specific goals at the summit of climate ambition and made relevant work deployment at the Central Economic Work Conference and the Fifth Plenary Session of the 19th Central Committee of CPC. The innovation center not only serves as a laboratory and a research center but it is closely related to the overall development and future layout of the University. In response to the tasks designated in the 14th Five-Year Plan, BUCEA will build a team of 1,000 teachers and launch a series of innovative measures to attract outstanding talents from all over the world to join BUCEA. The University will also actively adapt to the digital transformation by integrating the innovation center with the already established urban big data application research center. 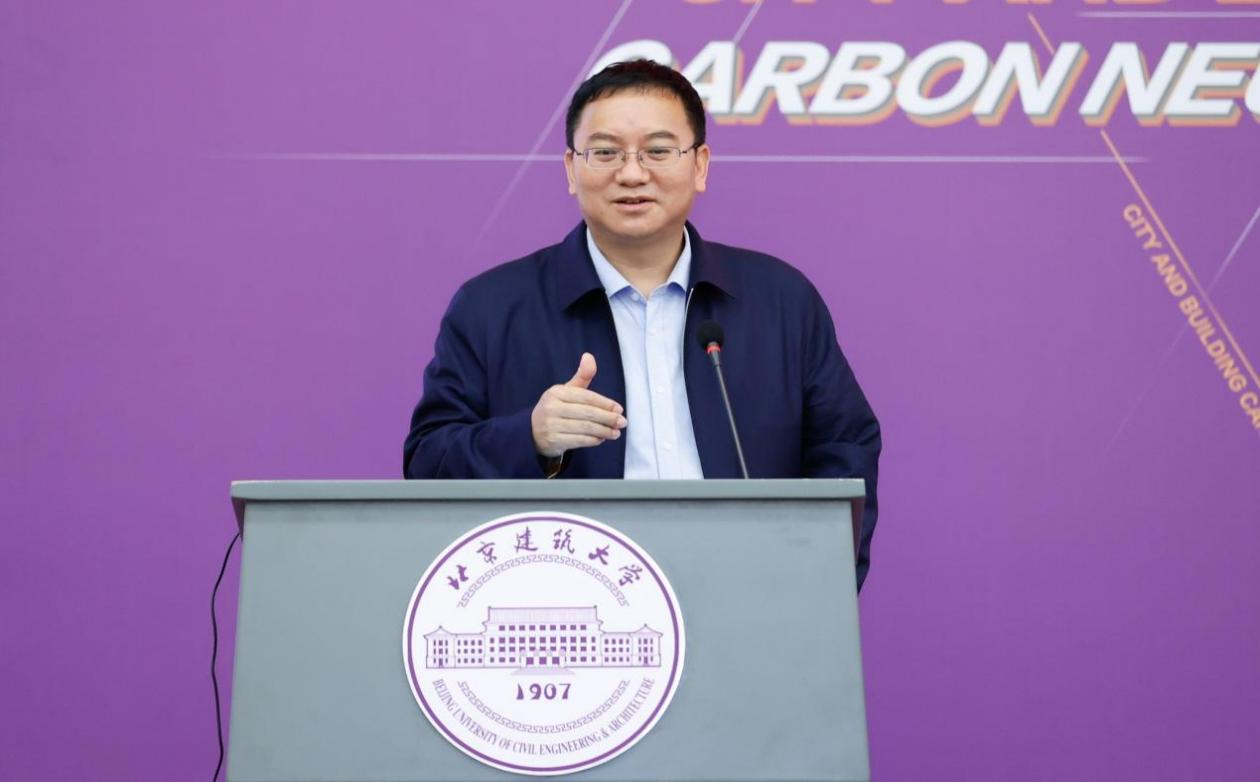 Secretary SHA Honggao congratulated the opening of the Minghu Forum and the establishment of the Joint Innovation Center for Carbon Neutrality. He said that the Huangcun government will do its best to provide relevant resources for the construction and development of the innovation center, and make concerted efforts to achieve carbon neutrality and carbon peak. 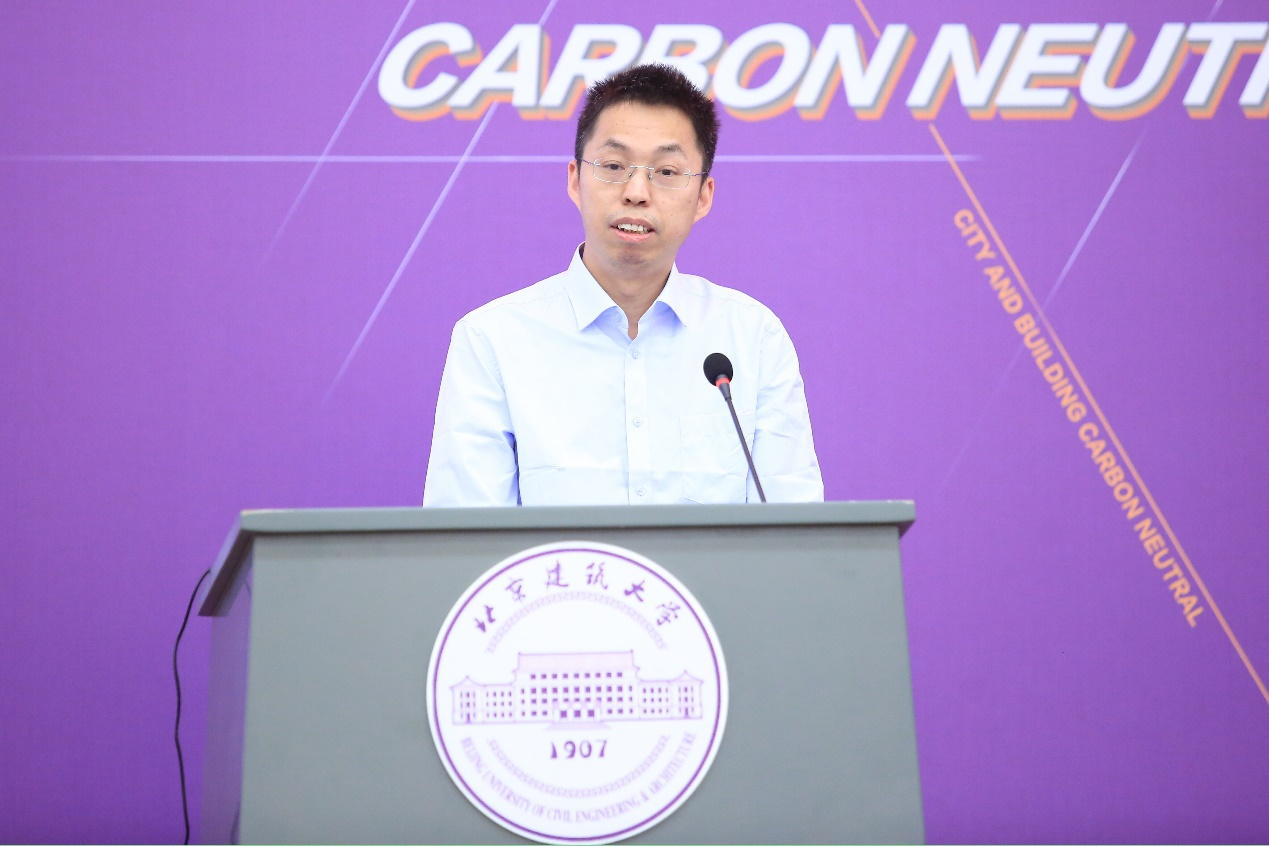 On behalf of the China Association of Building Energy Efficiency, Secretary General WU Jingshan congratulated the establishment of the Joint Innovation Center for Carbon Neutrality. He said that in the future, the Association will carry out exchanges and cooperation with the innovation center, promote advanced energy-saving and emission reduction technologies through industrial technology upgrading, create zero-carbon buildings, zero-carbon communities and zero-carbon campus demonstration projects, and jointly make positive contributions in the field of carbon neutrality and carbon peak. 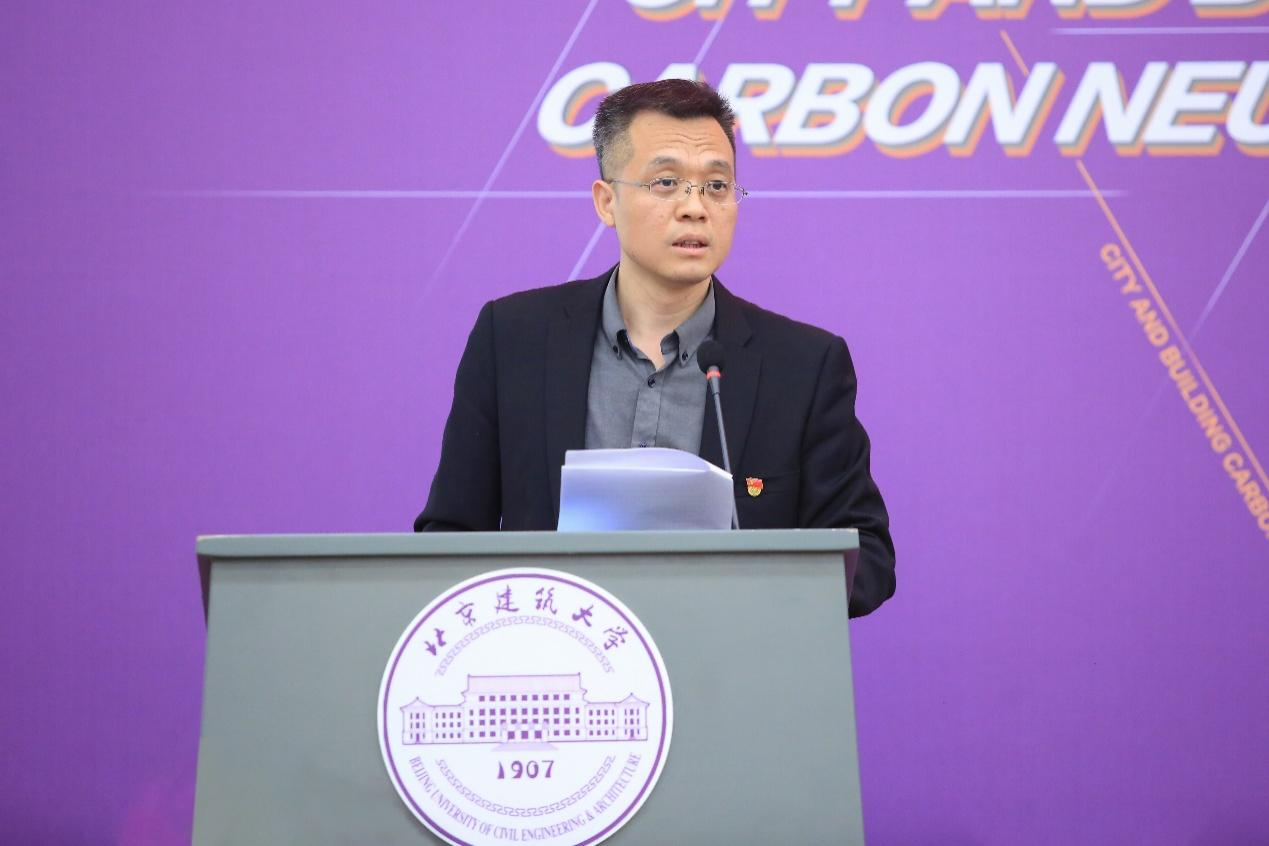 Party Committee introduces the establishment background of the innovation center 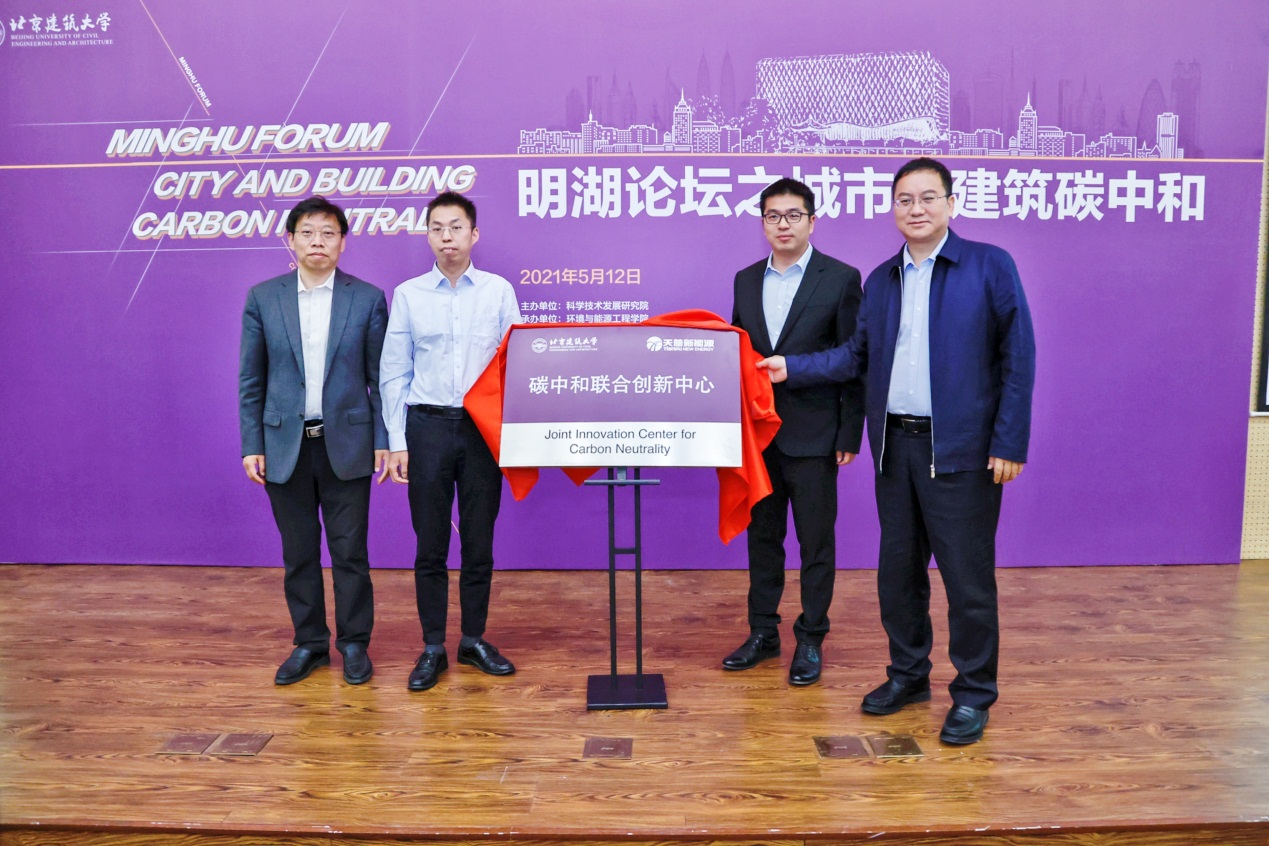 When established, the innovation center will be committed to promoting the industrialization of green low-carbon technologies, talents cultivation, platform sharing. We will give full play to the respective advantages of all parties to translate green low carbon efficient scientific research achievements into productivity, and innovation in the construction of carbon neutral demonstration garden, explore the construction mode of the innovative research and development center and build an industry-university-institute cooperation integration mechanism. We will also cultivate innovative and potential enterprises and promote an innovative industrial alliance with great development potential and strong driving effect to enhance the collaborative innovation level of relevant industries in the region, and make due contributions to promoting the integration construction of government, industry, university, research and application in the field of carbon neutrality, carbon reduction action and green city construction of Beijing.