Prof. ZHANG Dayu is appointed as Deputy Secretary of Party Committee and President of BUCEA 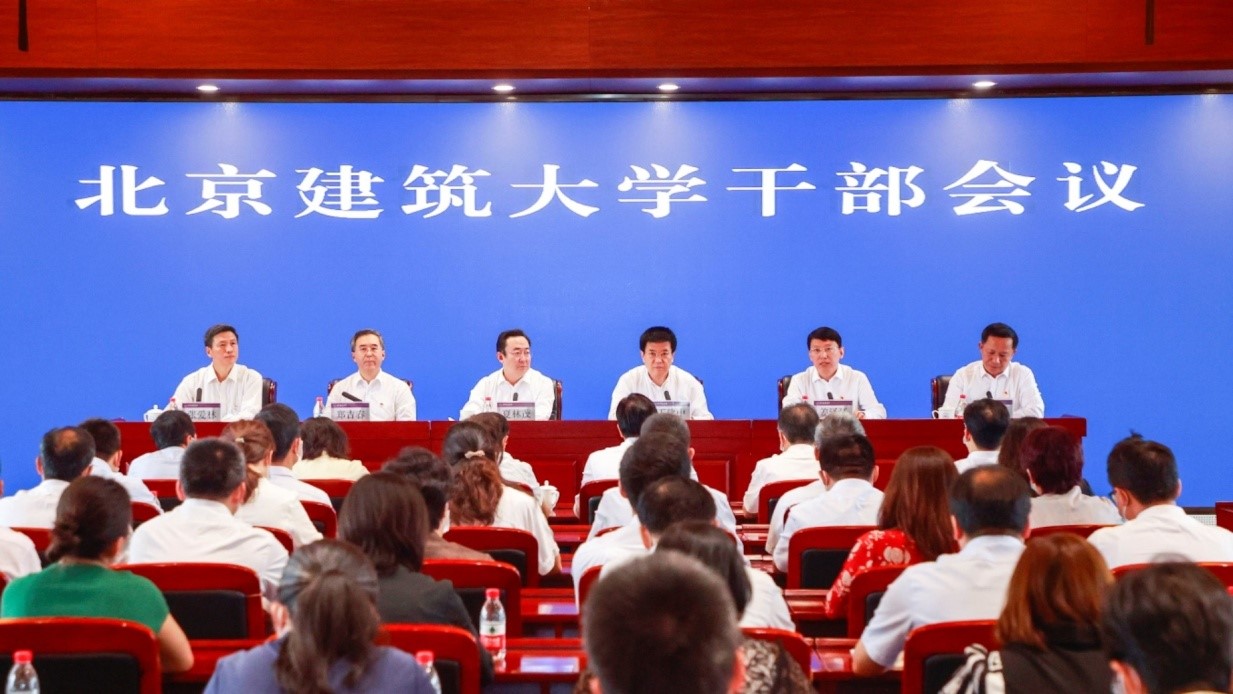 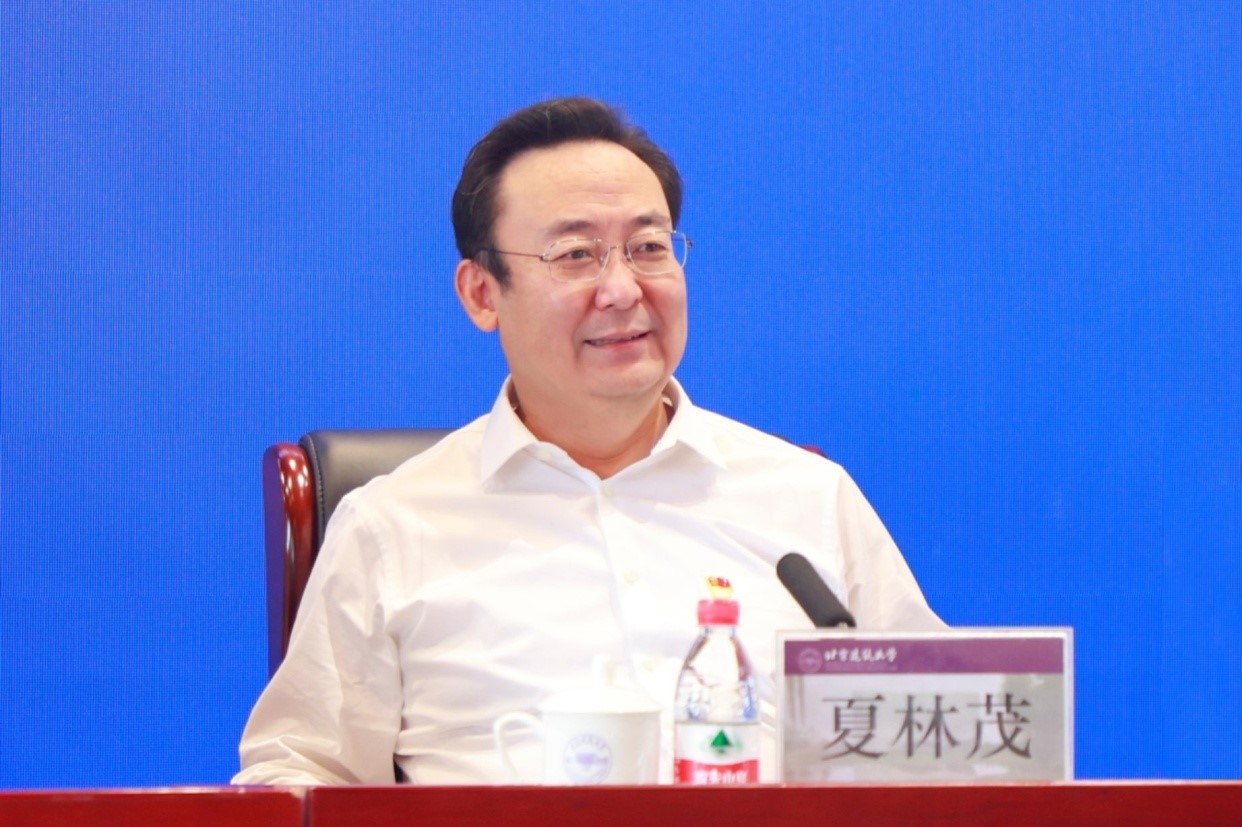 XIA Linmao affirmed and recognized BUCEA’s achievements in recent years, acknowledged ZHANG Ailin and congratulated ZHANG Dayu. On behalf of the Beijing Municipal Party Committee, he put forward requirements from four aspects for the way forward of BUCEA. First, upholding the Party’s overall leadership over the undertakings of the university, and constantly carrying out the spirit embodied in the remarks by General Secretary XI Jinping on 1st July. It is necessary to give full play to the role of BUCEA as a leading university in Party building and ideological and political work in Beijing, take the lead and set an example for others. It is necessary to always bear in mind that “Beijing’s function as the national political center comes first”, thoroughly implement the university president accountability under the leadership of the Party Committee, and ensure that the Party’s leadership permeates the entire process of school-running and student education. Second, upholding the fundamental mission of moral education to spare no efforts to cultivate planners, designers and architects for the future. It is necessary to further implement the spirits embodied in remarks by Secretary CAI Qi during the inspection, make full use of characteristics, resources and strengths of the university, stick to the principle of “talent development with all the strength, for the whole process and from all dimensions”, constantly deepen the reform on the talent development mode, and focus on the development of planners, designers and architects to serve the planning and construction of the capital. Third, upholding the orientation of running a high-level university with characteristics, and unswervingly pursuing connotative and characteristic development. It is necessary to make a success of new research organs, such as the Research and Development Institute and the Beijing Advanced Innovation Center for Future Urban Design, cement fundamental research and breakthroughs on key technologies, and generate a number of influential outcomes of scientific innovation in the fields of smart construction, urban safety and emergency response, and smart control. Fourth, upholding the balance between development and security, and doing the utmost to defend security and stability of the university. It is necessary to make all-out efforts to make preparation for the new semester, focus on pandemic containment on a regular basis, continuously adhere to the strictest requirements and further fulfill duties of pandemic prevention and control. It is necessary to make all-out efforts to ensure security on campus, focus on security management of laboratories, student dormitories and other key areas, and pay attention to details in the process of implementation. It is necessary to manage the ideological sphere on campus in the capital, and make sure overall peace and stability of the campus. 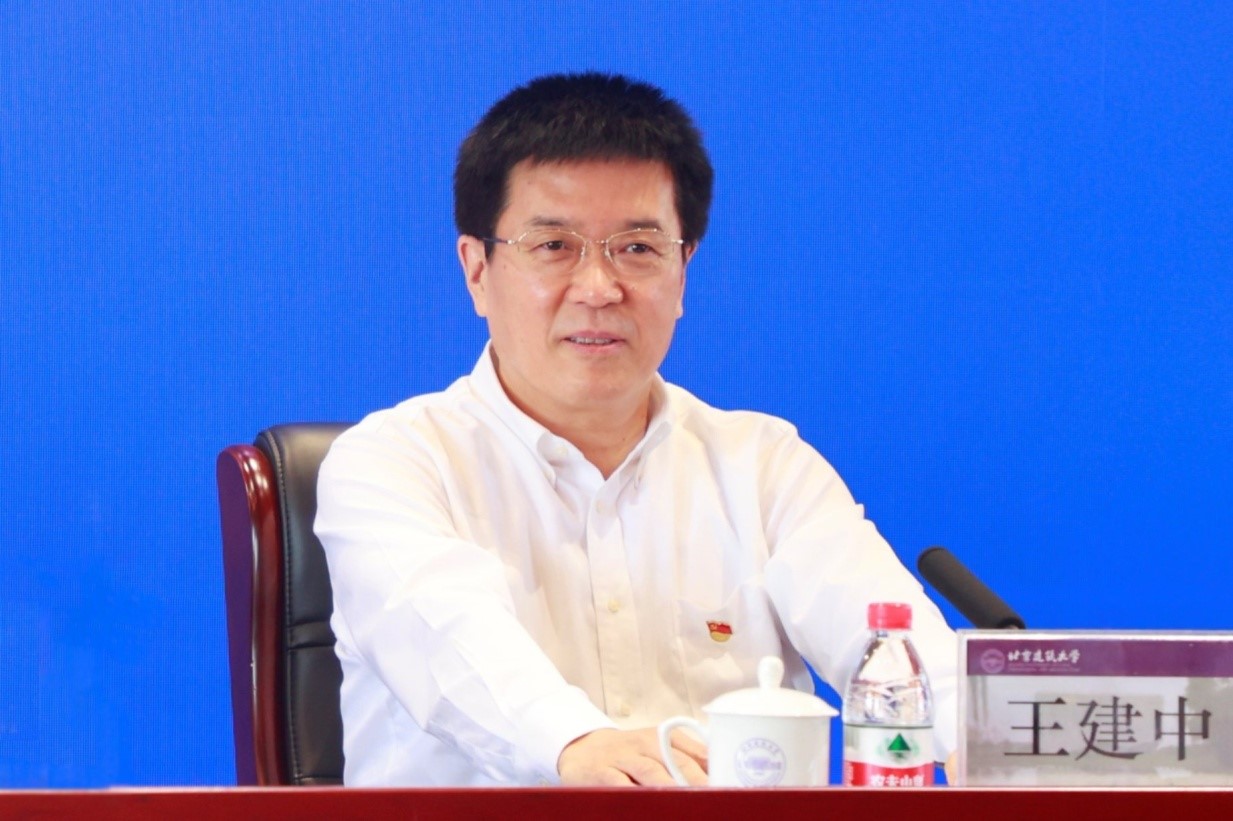 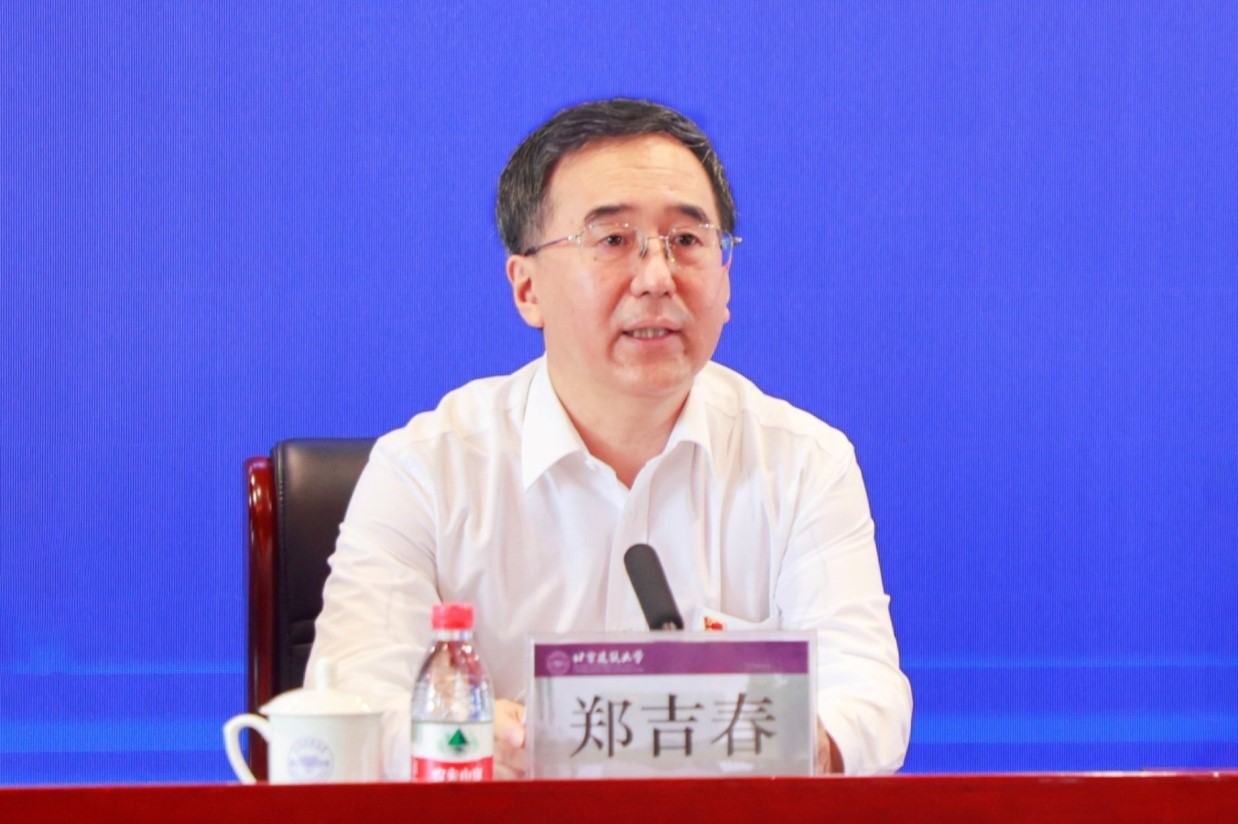 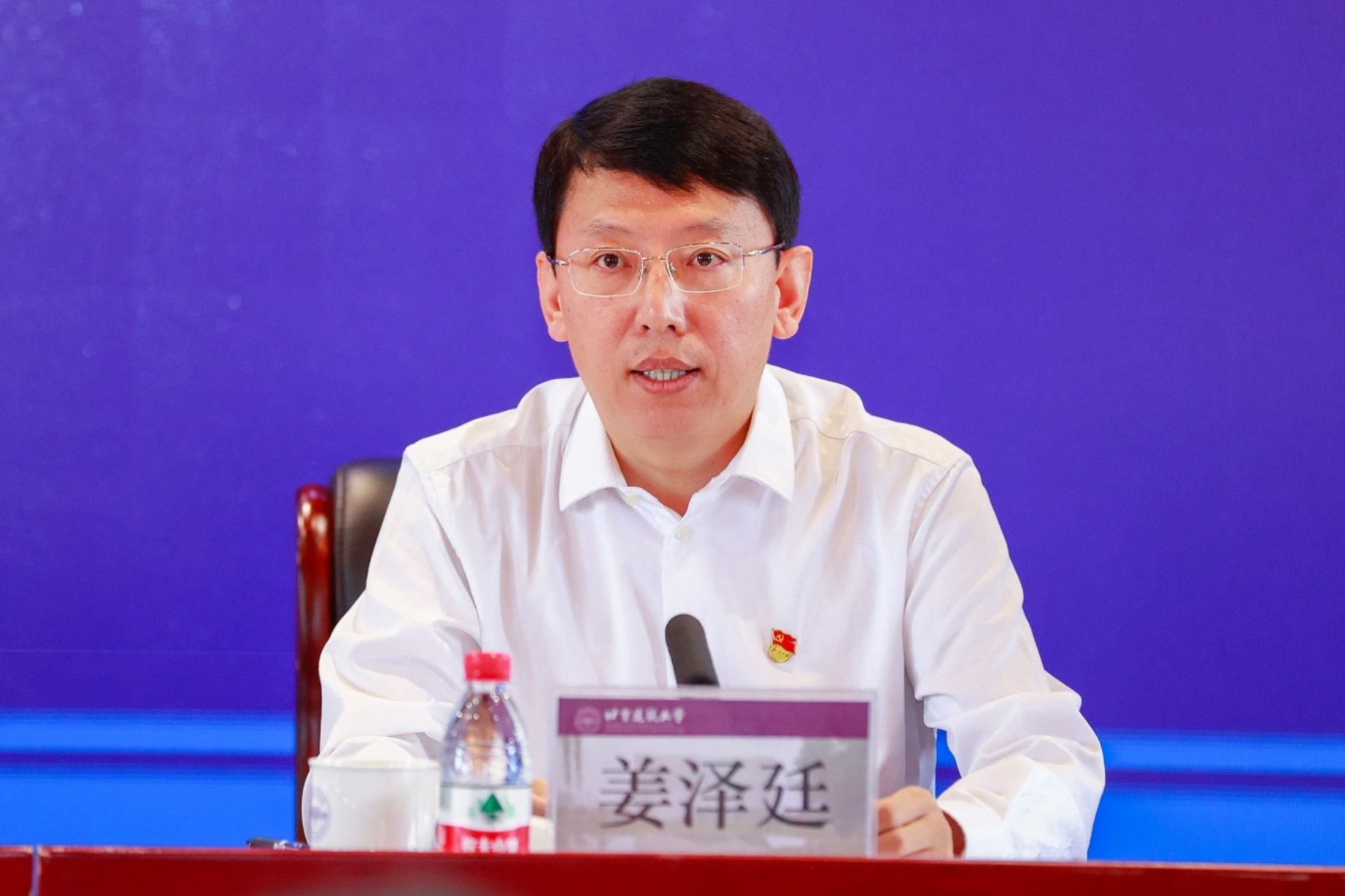 In his speech, JIANG Zeting firmly supported and conformed to the decision of the Municipal Party Committee and the Government, and paid tribute to ZHANG Ailin for his contributions to BUCEA. He said he would fully support ZHANG Dayu’s work, keep self-discipline by the standards for socialist politicians and educators, unite and lead the entire BUCEA family to be dedicated to the grand cause of reform and development of BUCEA, follow the XI Jinping Thought on Socialism with Chinese Characteristics for a New Era, thoroughly carry out the spirits embodied in the important remarks by Secretary CAI Qi during the inspection, and develop BUCEA into a high-level university with characteristics in a down-to-earth manner. BUCEA will focus on its annual tasks and make sure all work in the “Innovation Year of 2021” is operated smoothly. BUCEA will give priority to achieving tangible results in introduction and cultivation of landmark talents, construction of landmark platforms for scientific research, development of landmark disciplines, and landmark aspects of Party building. BUCEA will take advantage of the special campaign of “studying Party history, improving teaching practices, optimizing academic atmosphere and consolidating code of conduct” to enhance the Party’s overall leadership on the work of the university, unremittingly enhance inspection, rectification and reform in a strict and concrete manner, and fulfill the fundamental mission of moral education. 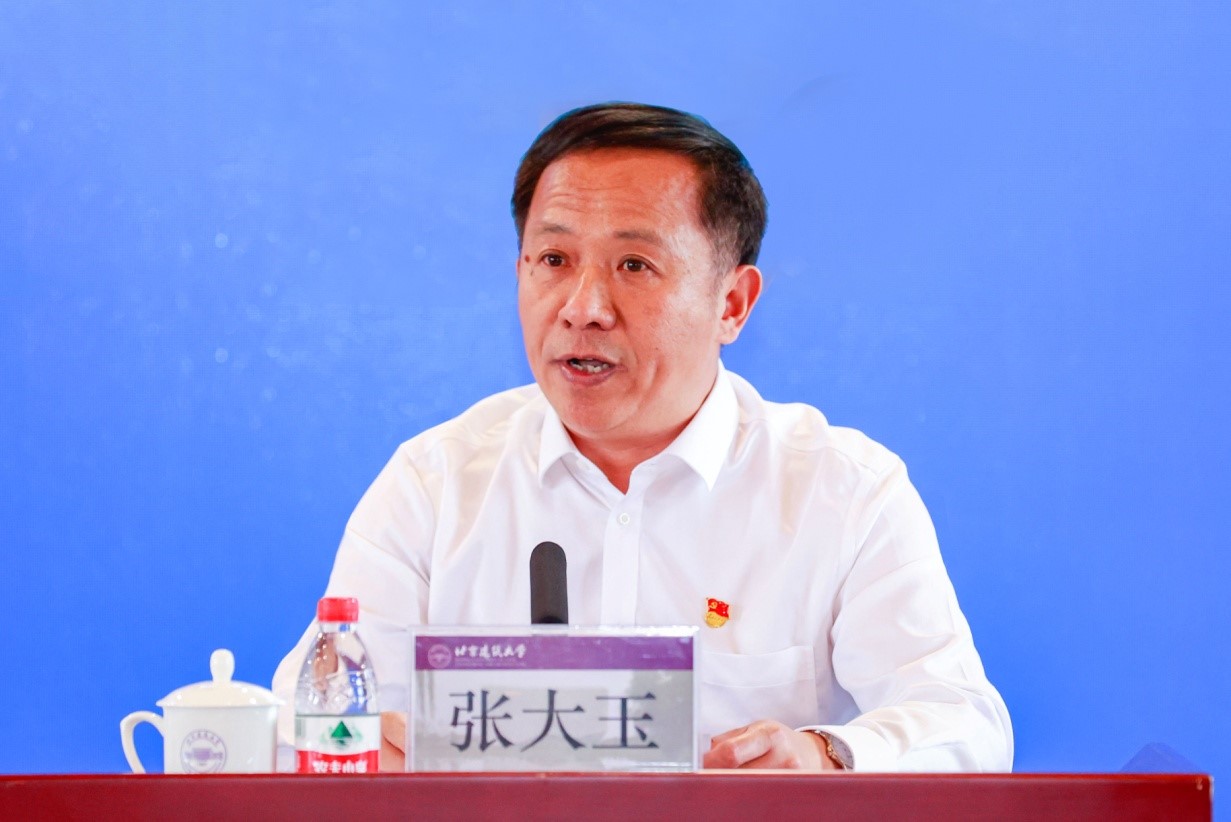 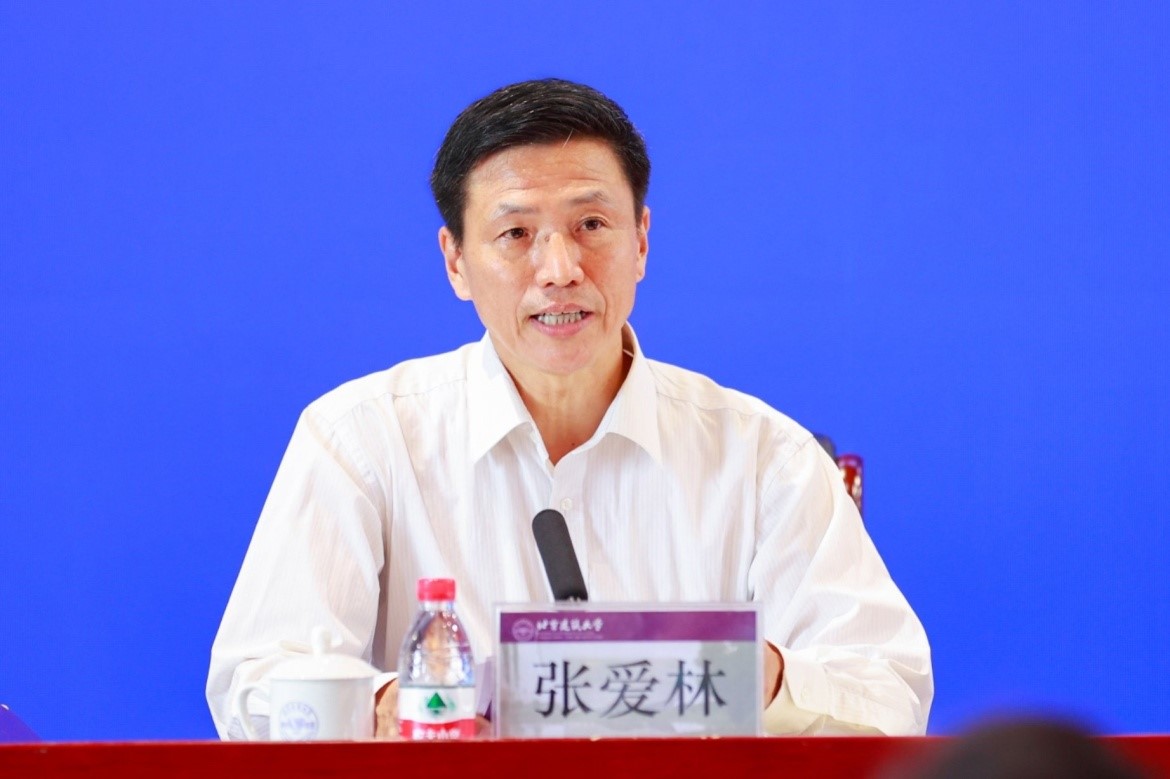 ZHANG Ailin showed his firm support for the decision of the Beijing Municipal Party Committee and the Government, and congratulations to ZHANG Dayu. He expressed his gratitude to the cultivation by the Party and the people, by the Beijing Municipal Party Committee and the Government and by his alma mater and supervisors. Then, he extended appreciation to the guidance from the leadership of the Municipal Department of Organization and municipal educational authorities on all fronts, especially the support and assistance from the leadership and the personnel of BUCEA. Next, he sent the best wishes to BUCEA for a bright and prosperous future. He is confident that the BUCEA family will thoroughly implement the important statements of General Secretary XI Jinping on education. With the mind of “I am not necessarily the maker of the success, but a contributor to the success for sure”, the BUCEA family will firmly uphold the blueprint of the development, and create greater glories for sure.