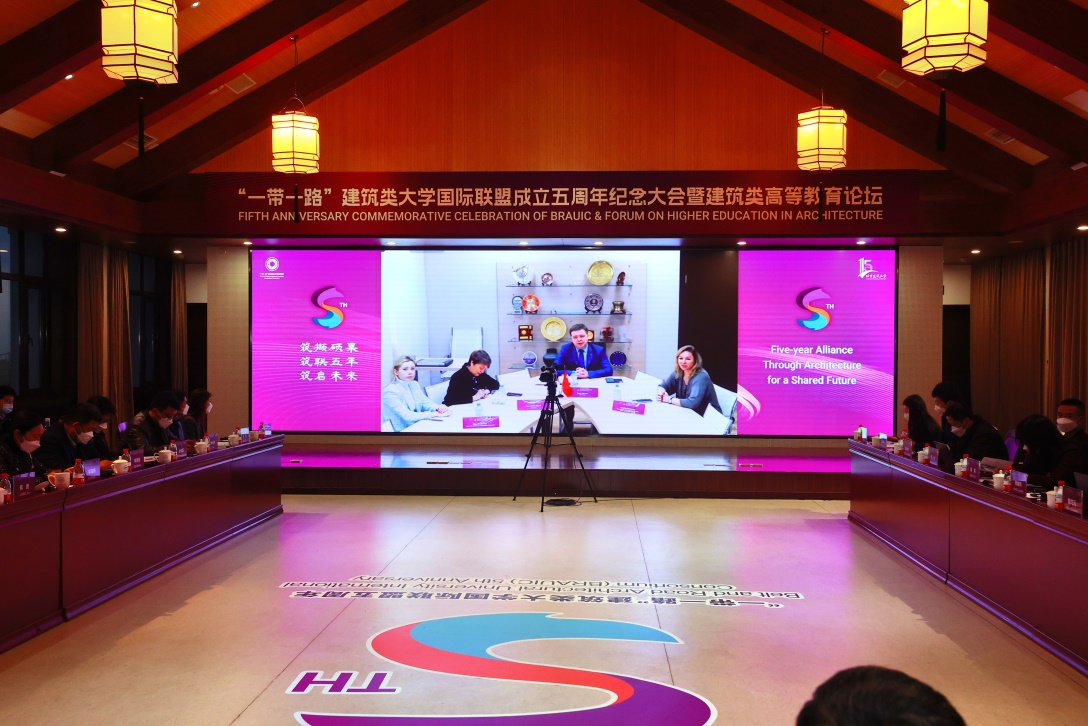 Building a platform to promote the development of architectural universities

The past five years have witnessed BRAUIC’s actively carrying out top-level design and improving the operation mechanism, also its issuance of the  Declaration on Development of   BRAUIC  and the  Five-Year Action Plan of   BRAUIC   (  2021-2025  ) , deepening the exchanges and cooperation with universities and institutions in countries and regions along the Belt and Road, and actively creating new modes of external communication under the regular epidemic prevention and control, including the implementation of a series of “Online + Offline” brand activities such as “Cloud Competition”, “Cloud Summer School” and “Cloud Exhibition”.

BRAUIC has also actively advanced international liaison and expanded its international friends circle over the past five years. This year, Nanchang University in China and S. Seifullin Kazakh Agrotechnical University in Kazakhstan joined the big family of BRAUIC, whose membership has expanded to 74 universities in 28 countries.

In recent years, with the support of BRAUIC, BUCEA has extensively carried out international education exchanges and expanded its international cooperation network. Up till now, BUCEA has established collaborations with 104 universities and institutions in 44 countries and regions, including the United States, France, the United Kingdom and Russia, to create a diverse campus culture and an internationalized education environment.

LI Junfeng, Secretary of the CPC Committee of BUCEA, said that the university responded to the Belt and Road initiative and initiated the establishment of BRAUIC, which, after five years of rapid development, has become an important carrier to promote the cultivation of innovative talents and scientific and technological and people-to-people and cultural exchanges and cooperation in the field of architectural engineering along the Belt and Road. BRAUIC will actively explore new models and ways of innovative international talent cultivation with talent training at its core; take advantage of innovative development to optimize the organization and management of BRAUIC and start the construction of the Belt and Road education-scientific research sharing platform; build a more open, integrated and innovative global higher education community in the field of architectural engineering under the principle of interconnectivity. 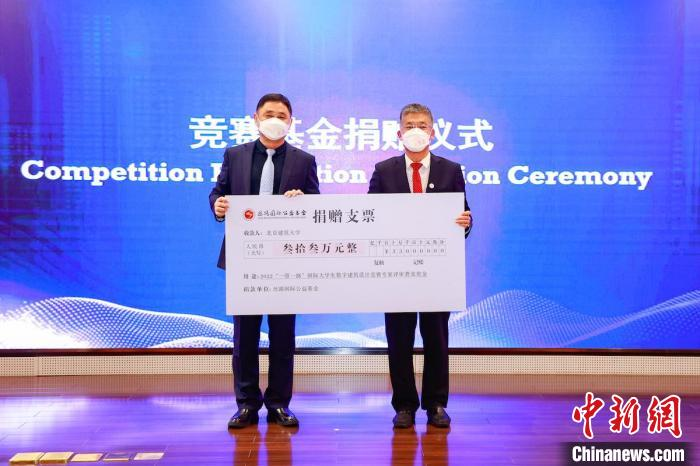 The 2022 Belt and Road International Student Competition on Digital Architectural Design, with the theme of “Railway - A New Bound Along the Silk Road”, aims to guide students from different countries to think about the historical features preservation, overall quality improvement and sustainable development of the railway and cities along the railway with “digitalized” mindset.

This year’s competition has attracted more than 650 teachers and students from 45 universities in 11 countries with more than a hundred submissions, reaching a record high. 60 entries were finally awarded.

Exploring cooperation models and discussing the future of architecture education

At the forum, six experts from China’s Wuhan University and Nanchang University, Indonesia’s Institut Teknologi Sepuluh Nopember (ITS), Italy’s Polytechnic University of Milan, UK’s University of East London and Russia’s St. Petersburg State University of Architecture and Civil Engineering gave keynote presentations, carrying out exchanges and discussions respectively on the role of BRAUIC in promoting the development of architectural education, new trends in architectural higher education under the pandemic, and experiences in the construction of the governance system of architectural universities.

ZHANG Dayu, Chairman of BRAUIC and President of BUCEA, introduced that since the establishment of BRAUIC, member universities have gained support from it to promote the convergence of their development strategies and the cooperation initiatives of BRAUIC, increase the substantive cooperation among members, launch a number of international brand projects and establish a regular mechanism, achieving remarkable results in improving the internationalized training of architectural talents and cooperation in scientific and technological innovation. In the future, BRAUIC will continue to carry forward the Silk Road spirit of “peace and cooperation, openness and inclusiveness, mutual learning and mutual benefit”, deeply explore the mechanism and mode of cooperation and exchange among architectural universities, strengthen the training practice of engineering science and technology talents in countries and regions along the Belt and Road, and contribute to the joint construction of the Belt and Road through technical and intellectual support.