Today, at the ceremonial session of the Senate, the University of Mostar marked the 44th anniversary of its work and activities. The session was attended by the rectors of public universities from Bosnia and Herzegovina and Croatia and representatives of the public, cultural and political life in BiH. Prof Zoran Tomić, PhD, rector of the University of Mostar, delivered a speech and extended thanks to those who gave long-term support in the development of the University towards a modern, European higher education institution. At the beginning of the ceremony, the audience watched a ten-minute film about the University of Mostar produced by SUM TV. The film showed the successes and achievements of the University in previous years in all areas, from teaching, science, development, innovation, infrastructure projects, international and inter-university cooperation.

Prof Snježana Prijić Samaržija, PhD, President of the Rector's Assembly of the Republic of Croatia said that the University of Mostar strives towards true, modern European university taking into account its numerous cooperation agreements with major European and world universities; e-University; digital transition in work; new study programmes, and progress in the field of quality assurance.

This year, the University awarded plaques and charters to prominent individuals and institutions that have contributed to the development and promotion of the University, and one of the awarded ones is the Beijing University of Civil Engineering and Architecture from Beijing, whose representatives sent a speech of thanks, which shows the international strength of the University of Mostar. 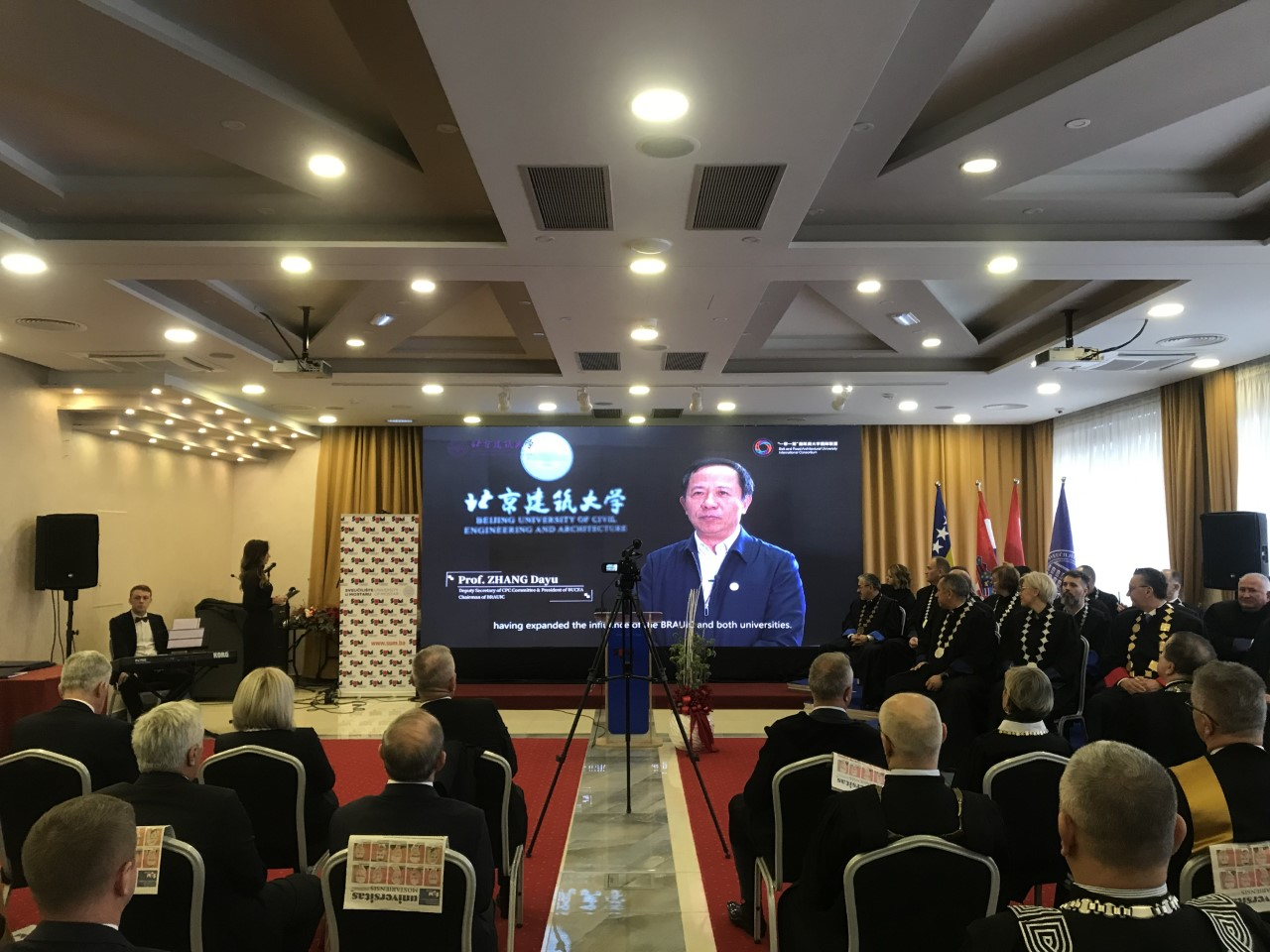 "I am sure that what we have in our curriculum today, in what is called science and development when it comes to our university, can be an example of how we can improve some things in Bosnia and Herzegovina," said the Speaker of the House of Peoples of the Parliamentary Assembly of BiH Dragan Čović.

The session was also attended by the director of the Institute of Social Sciences Ivo Pilar, Prof Željko Holjevac, PhD, who addressed the audience and presented the Rector of SUM, Prof Zoran Tomić, PhD, Medal of Dr. Ivo Pilar for the University of Mostar.